Fiji is an archipelago of 333 sun-kissed, picture perfect islands tucked away in the South Pacific, close to Australia and New Zealand.

It’s famed for its rugged landscape of blue lagoons and palm-lined beaches, and eco-activities from mountain climbing and surfing to soft-coral diving and zip-lining. Its major islands, Viti Levu and Vanua Levu, contain the lion’s share of the population, meaning much of the country is uncrowded.

The 20th century brought about important economic changes in Fiji as well as the maturation of its political system. Fiji developed a major sugar industry and established productive copra milling, tourism and secondary industries.

As the country now diversifies into small-scale industries, the economy is strengthened and revenues provide for expanded public works, infrastructure, health, medical services and education.

The country’s central position in the region has been strengthened by recent developments in sea and air communications and transport. Today, Fiji plays a major role in regional affairs and is recognized as the focal point of the South Pacific.

Fiji is now home to many other races — Indians, Part Europeans, Chinese and other Pacific islanders living in harmony, and keeping their own cultures and identity. Fijians, slightly over 50 per cent of the total population, are essentially members of communities. They live in villages and do things on a communal basis. 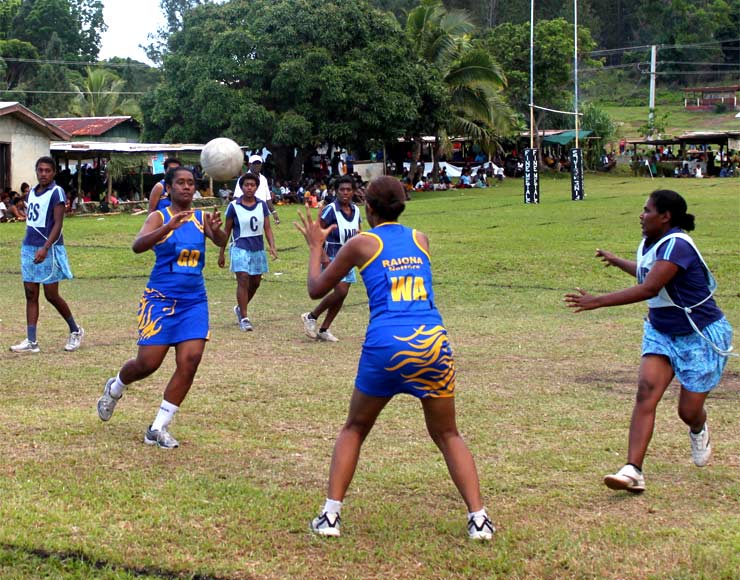 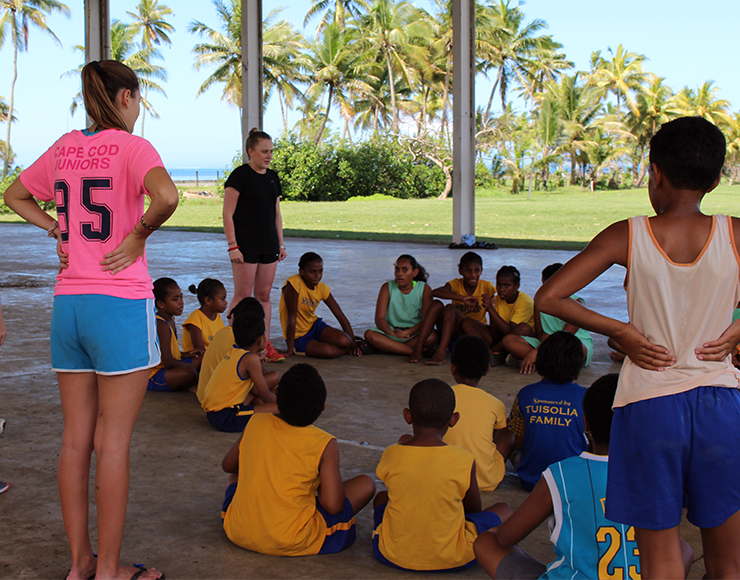 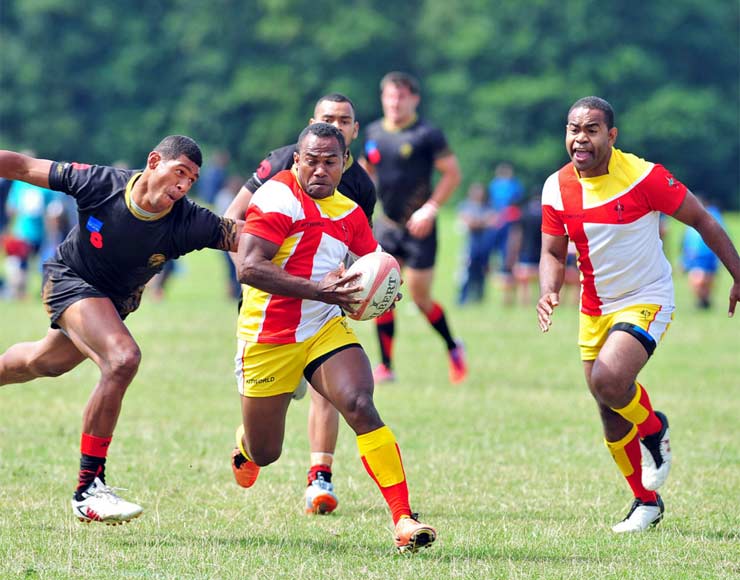 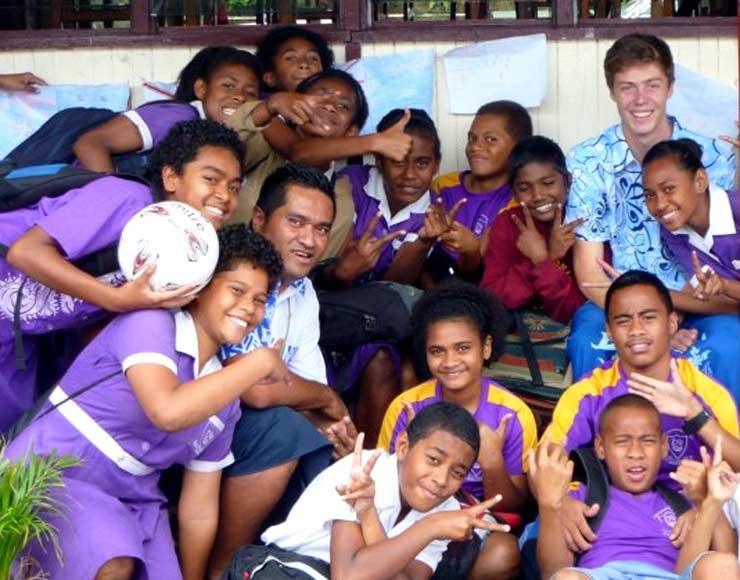 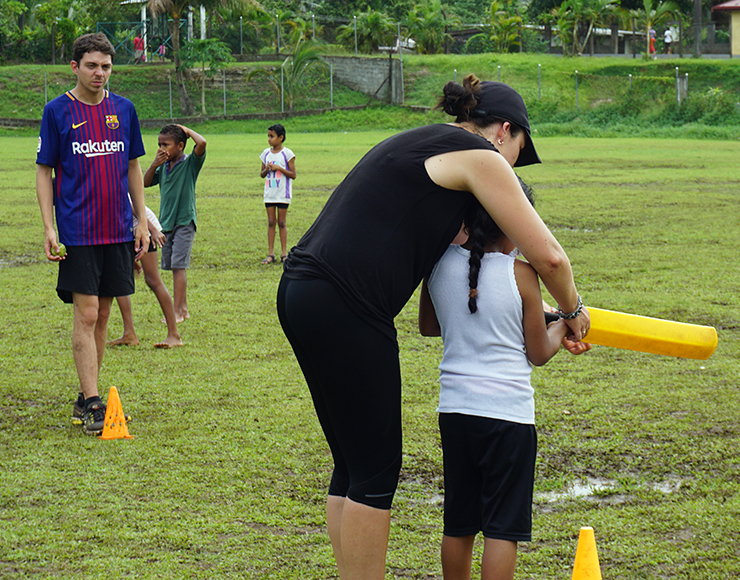 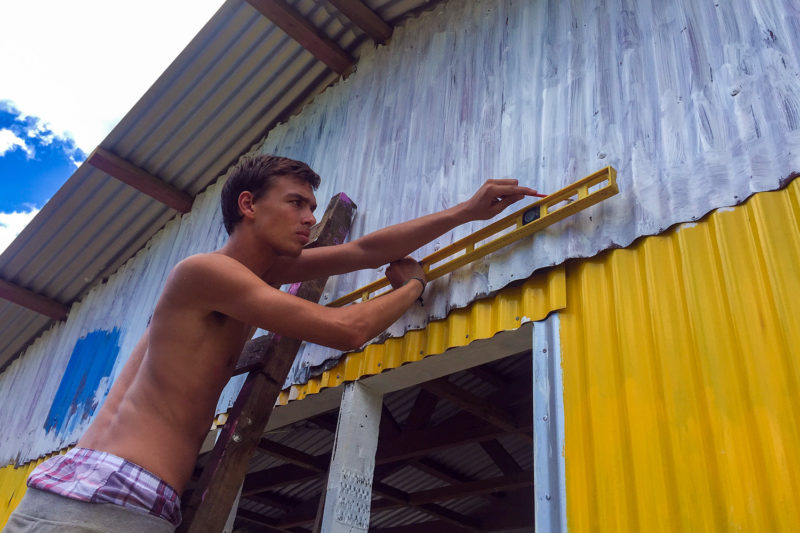 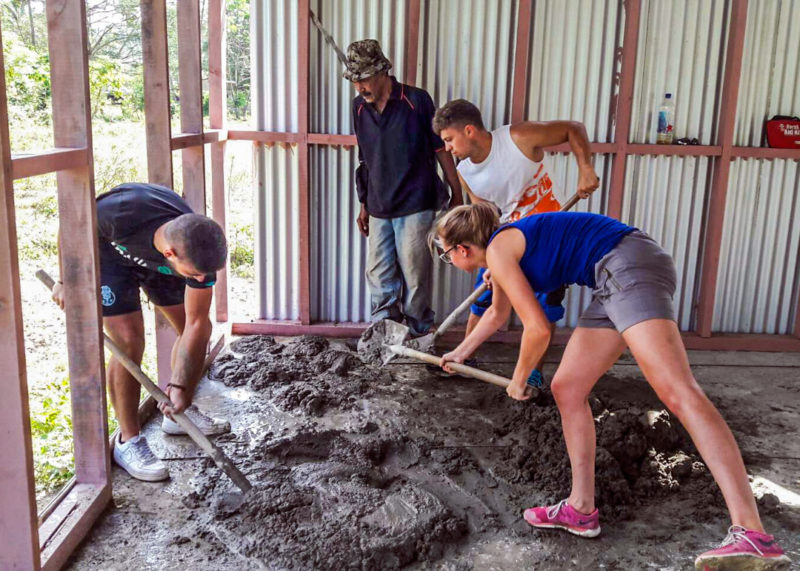 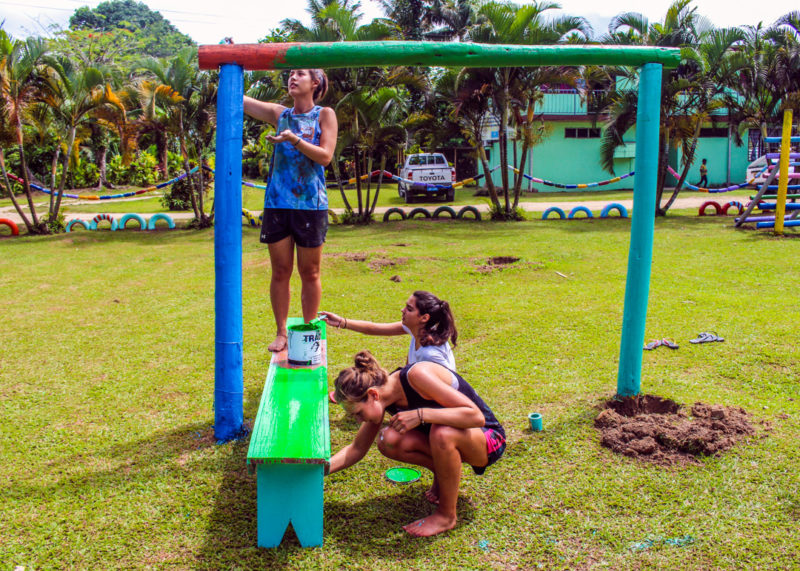 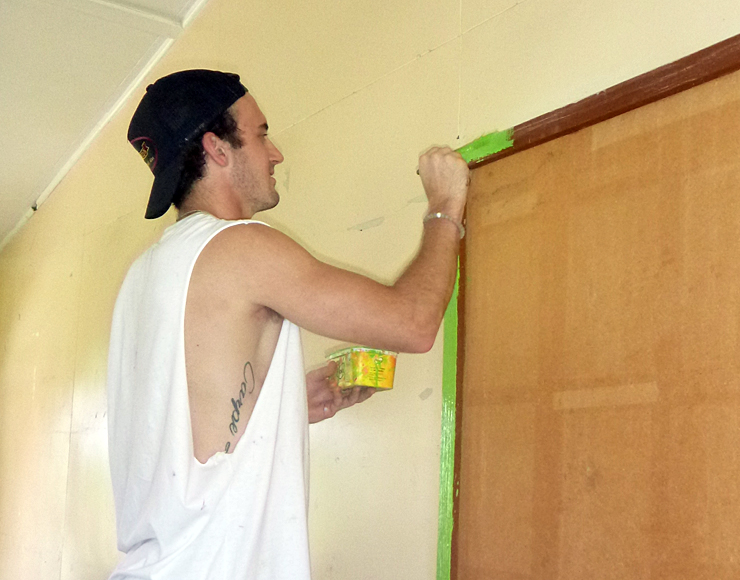 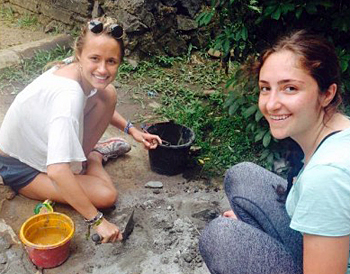 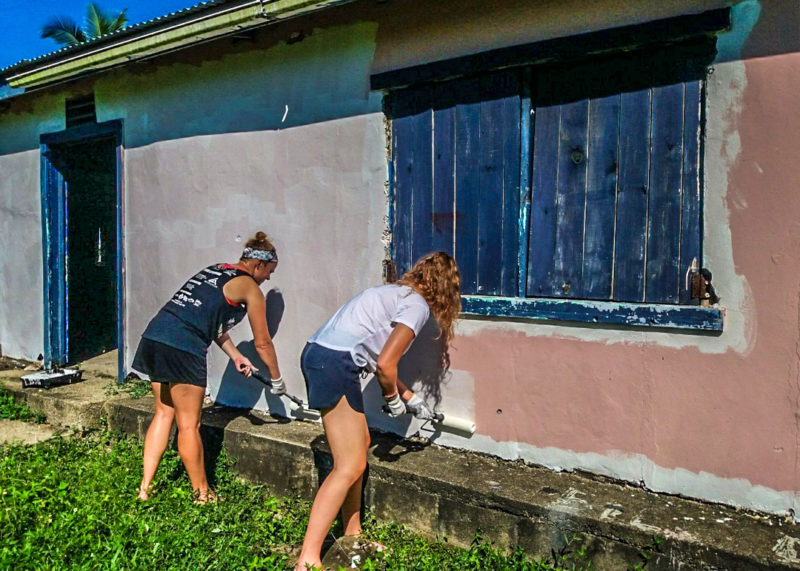 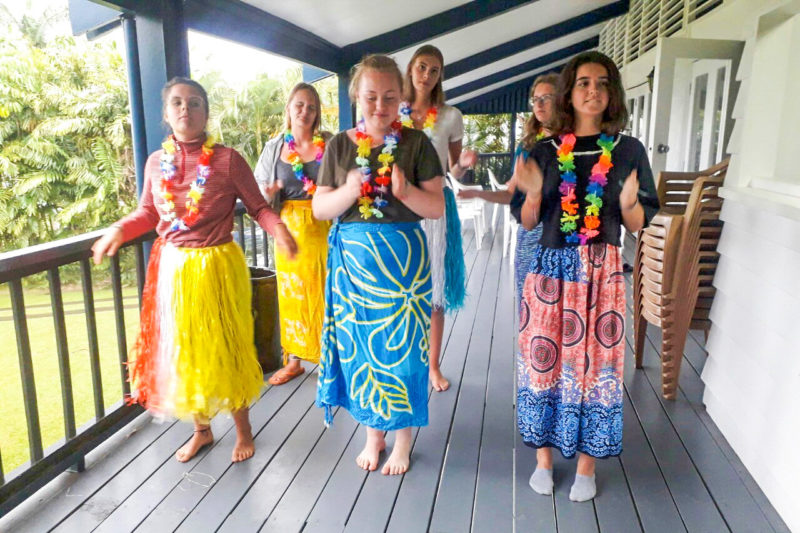 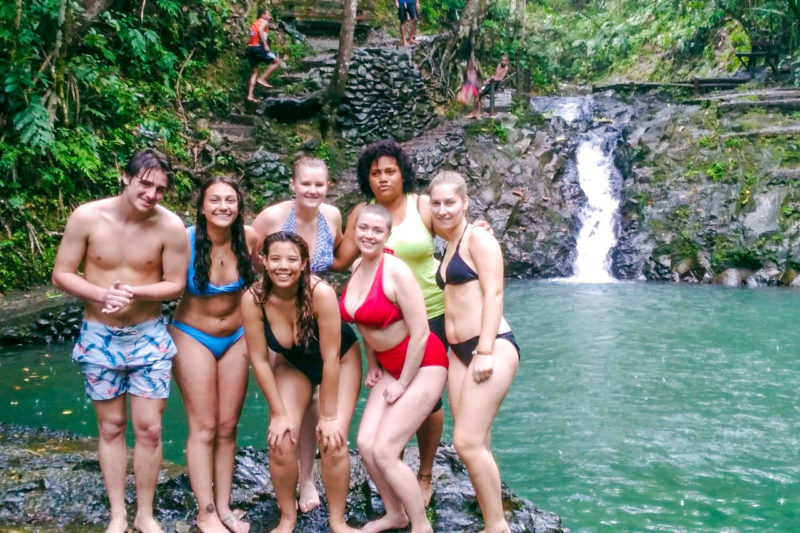 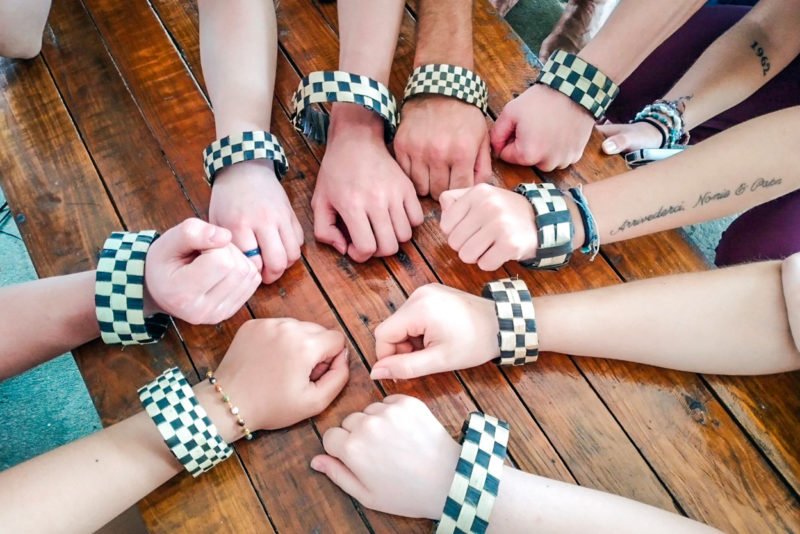 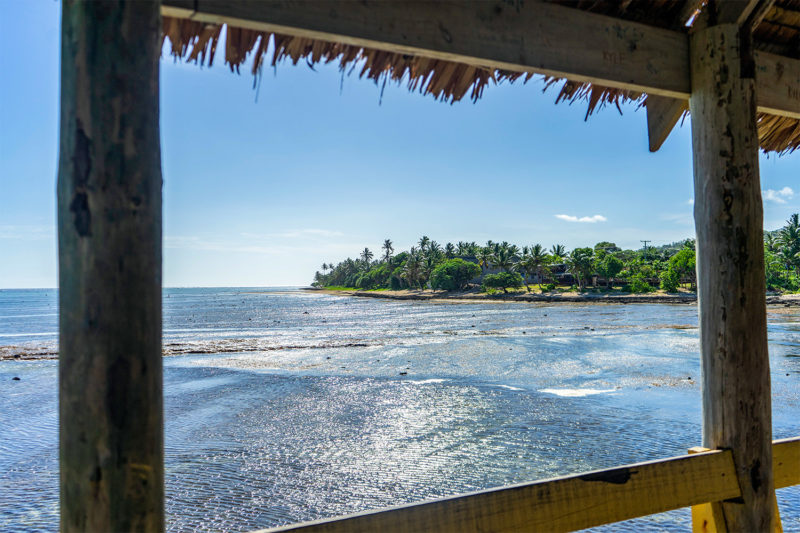 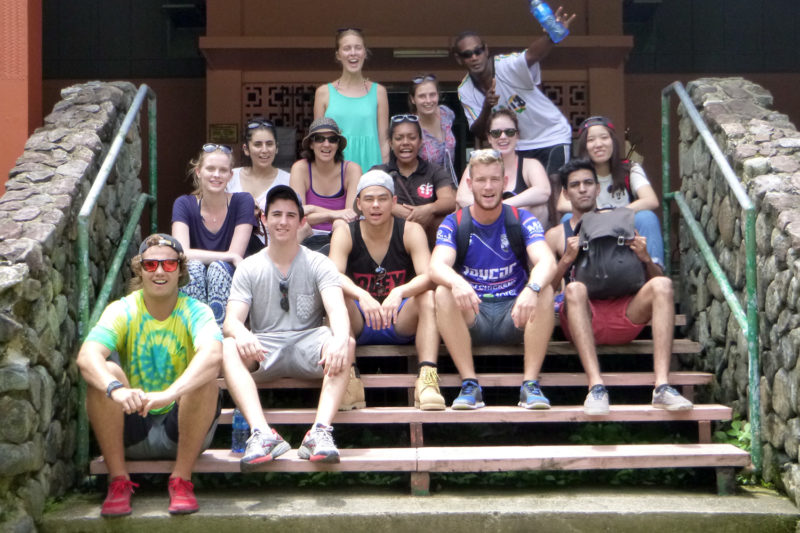 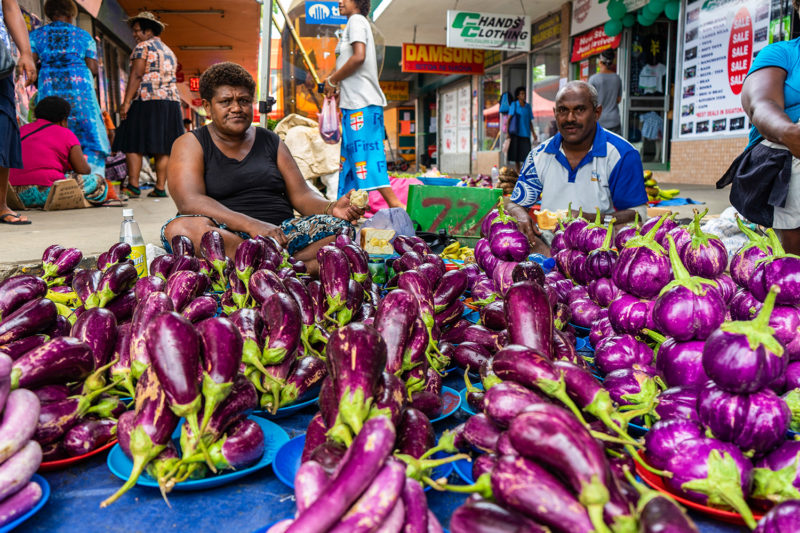 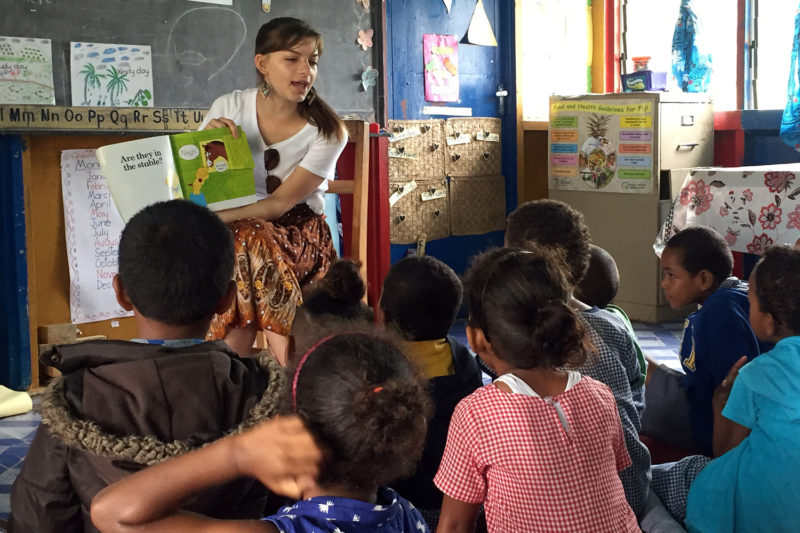 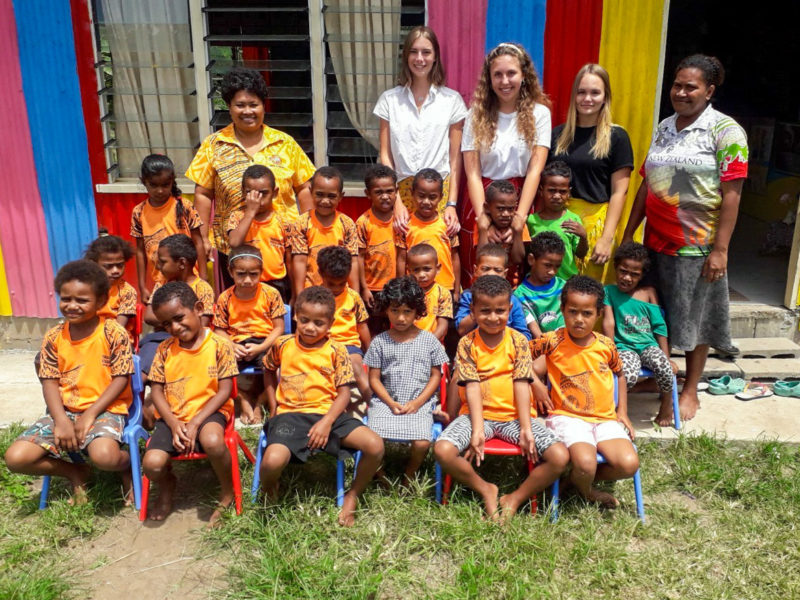 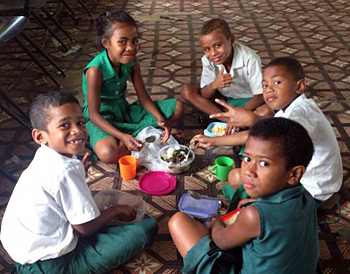 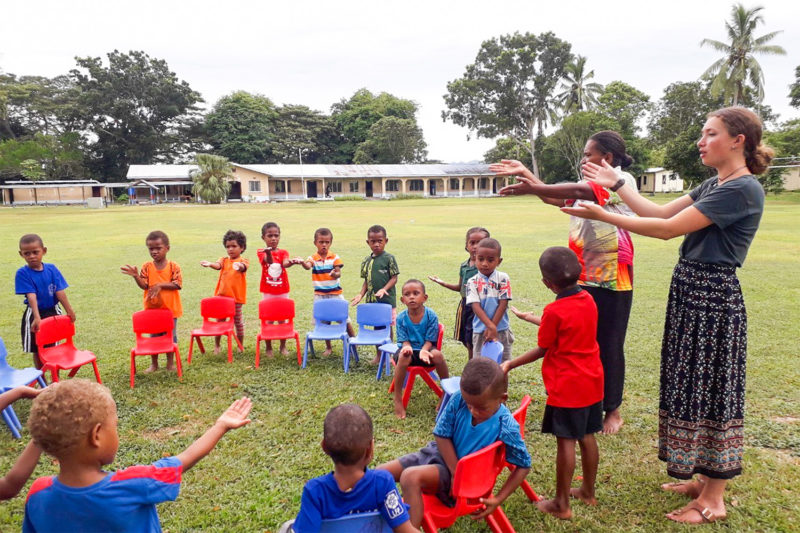 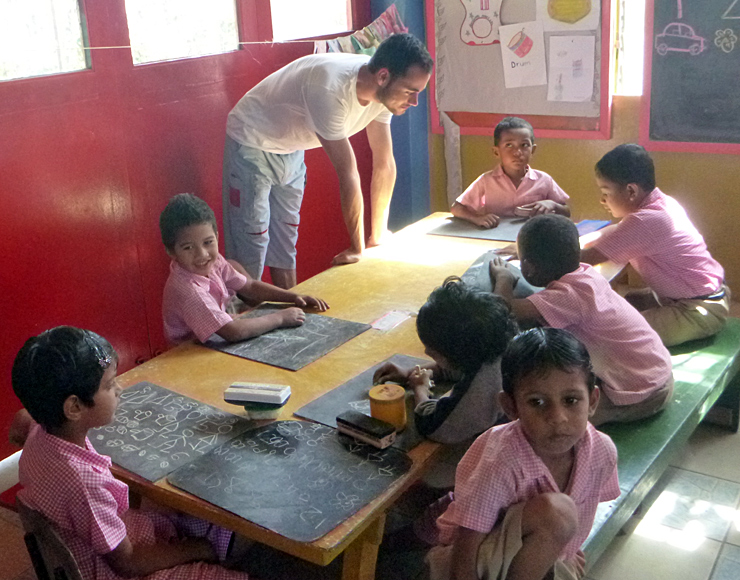 The climate in Fiji is tropical marine and warm year round with minimal extremes. The warm season is from November to April and the cooler season lasts from May to October. Temperature in the cool season still averages 22 °C (72 °F).

Rainfall is variable, with the warm season experiencing heavier rainfall, especially inland. Winds are moderate, though cyclones occur about once a year (10–12 times per decade).

On 20 February 2016, Fiji was hit by the full force of Cyclone Winston, the only Category 5 tropical cyclone to make landfall in the nation. Scores of homes were destroyed and at least 43 people have been reported dead.

Fiji was first settled about three and a half thousand years ago. The original inhabitants are now called “Lapita people” after a distinctive type of fine pottery they produced, remnants of which have been found in practically all the islands of the Pacific, east of New Guinea, though not in eastern Polynesia. Linguistic evidence suggests that they came from northern or central Vanuatu, or possibly the eastern Solomons.

Before long they had moved further on, colonizing Rotuma to the north, and Tonga and Samoa to the east. From here, vast distances were crossed to complete the settlement of the Pacific to Hawaii in the north, Rapanui (Easter Island) in the east and Aotearoa (New Zealand) in the south.

Unlike the islands of Polynesia which showed a continuous steadily evolving culture from initial occupation, Fiji appears to have undergone at least two periods of rapid culture change in prehistoric times.
This may have been due to the arrival of fresh waves of immigrants, presumably from the west. Prehistorians have noted that a massive 12th century volcanic eruption in southern Vanuatu coincides with the disappearance of a certain pottery style, and its sudden emergence in Fiji.

It is hardly surprising then, that the Fijian culture is an intricate network and that generalisations are fraught with danger. Although the legendary king of Bau, Naulivou, and his successors had control over a large area of eastern Fiji, at no time before colonization was Fiji a political unity. Nevertheless, Fiji does exhibit certain traits that sets it apart from its neighbours, and it is this that defines a distinctive Fijian culture.

Fijian food has traditionally been very healthy. Fijians prefer a more tuber and coconut based diet. High caloric foods are good for hard-working villagers who need extra calories while working on their farms but this causes a range of chronic illness such as obesity. Fiji is a multicultural country and is home to people of various races. In most Fijians’ homes, food of other cultures is prepared on a regular basis such as Indian curries and Chinese dishes. Fiji is also famous for its seafood.

Meals
For breakfast most rural Fijians would eat homemade buns, roti or Topoi or simply a long loaf Fiji style bread. The bread is spread with butter and/or jam and eaten with a nice cup of tea. Tea is either made from black tea leaves, fresh lemon leaves or “Fiji grass”.

Lunch in the villages is usually rourou (dalo leaves) with boiled Tapioca (Cassava) or some fresh fish soup with dalo (taro).

Kava/Yagona
Most Fijian men would have Yagona or Kava to drink before having dinner. Kava is a drink made from powdered roots of Yagona plants. The powder is placed in a muslin cloth and small amounts of water are added to extract the juice out of the powder. With meals people often drink water. This drink will make your tongue go numb, due to the ingredients. Kava is not unique to the Fijian culture, it is widely consumed in amongst other Pacific nations. It has religious and tribal significance and often used as peace offering “sevusevu” during Fijian functions.

Consumption beyond this is habitual, it is addictive and people find it difficult to wean off once it gets hold. Consumption in smaller quantities have been found to be of therapeutic value, especially amongst people who suffer from sleeping disorders. Kava is used to calm anxiety, stress, and restlessness, and treat sleep problems (insomnia).

It is also used for attention deficit-hyperactivity disorder (ADHD), epilepsy, psychosis, depression, migraines and other headaches, chronic fatigue syndrome (CFS), common cold and other respiratory tract infections, tuberculosis, muscle pain, and cancer prevention. Some people use kava for urinary tract infections (UTIs), pain and swelling of the uterus, venereal disease, menstrual discomfort, and to arouse sexual desire. Kava is applied to the skin for skin diseases including leprosy, to promote wound healing, and as a painkiller. It is also used as a mouthwash for canker sores and toothaches.

Getting around Fiji is easy and cheap. There’s a good network of buses, carriers (trucks) and ferries for travel within Fiji’s main islands, and taxis are common. Hiring a car is a good way to explore the two largest islands – which contain 90% of Fiji’s roads – or charter a boat or small plane to get between islands. Fiji is well-served by two domestic airlines which operate between many of the islands, although services are less regular to the outer islands. Yachting and cruising are also great ways to explore the country.