Namaste and welcome to Nepal, a country of high Himalayan Mountains, artistic monuments, exotic wildlife, and diverse cultures. Located between 80 12′ east longitude and between 26 22′ and 30 27′ north latitude, the kingdom of Nepal extends along the south slopes of the Himalayas in central Asia.

Although Nepal is small, it has the greatest latitudinal variation of any country. The land rises from the southern plains of the Terai, barely above sea level at 70 meters, to the top of the Mt. Everest, the highest peak on Earth at 8848 meters above sea level, in a distance of less than 200 km. 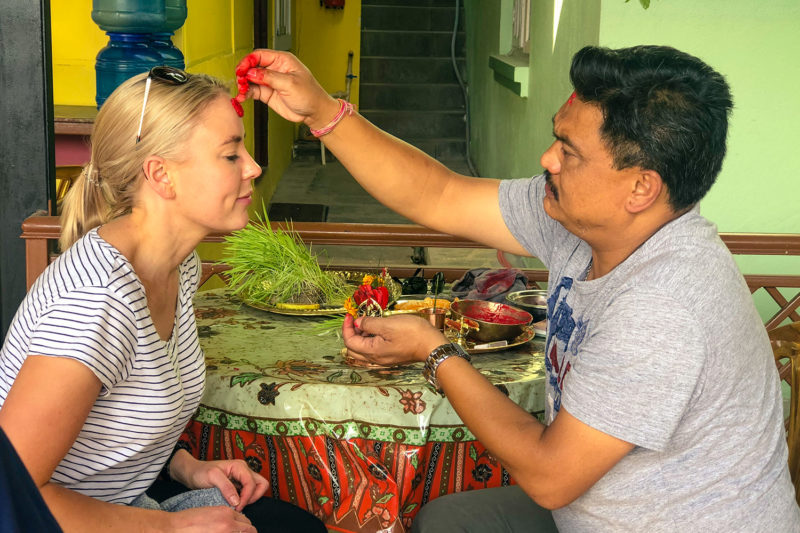 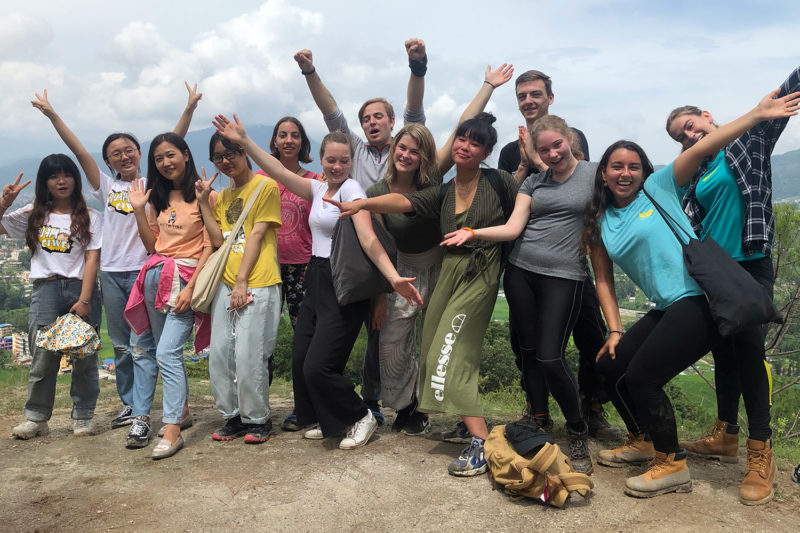 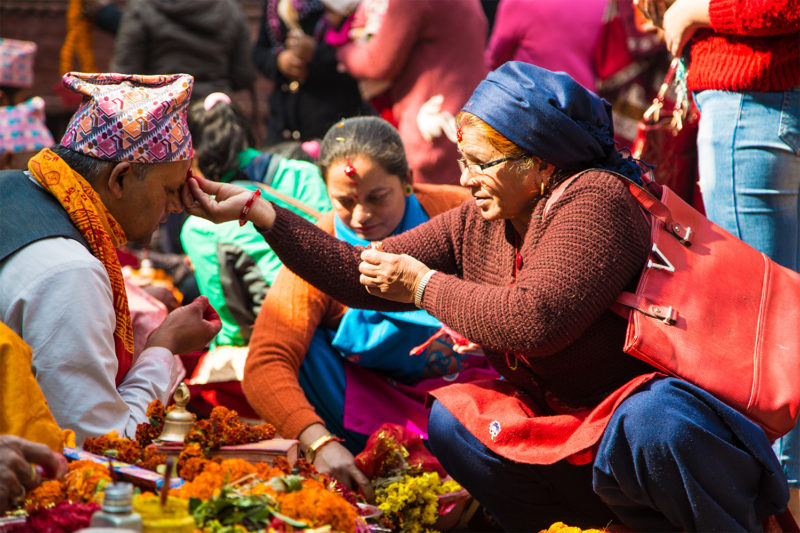 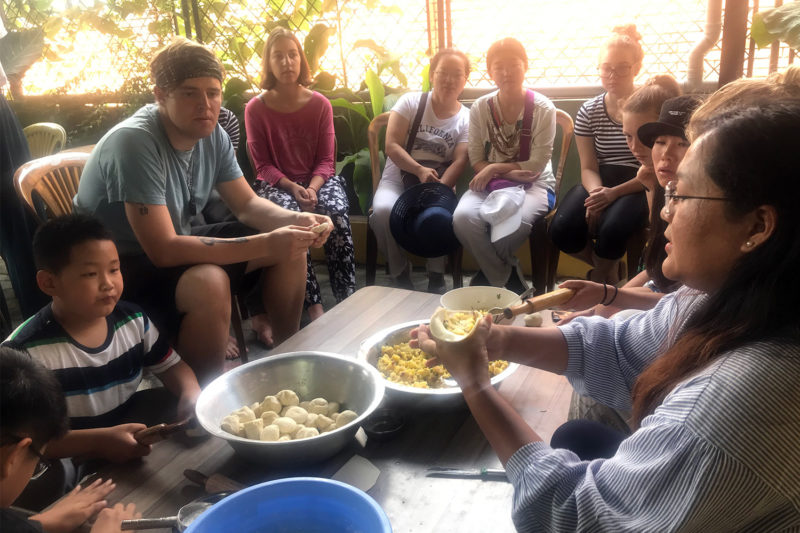 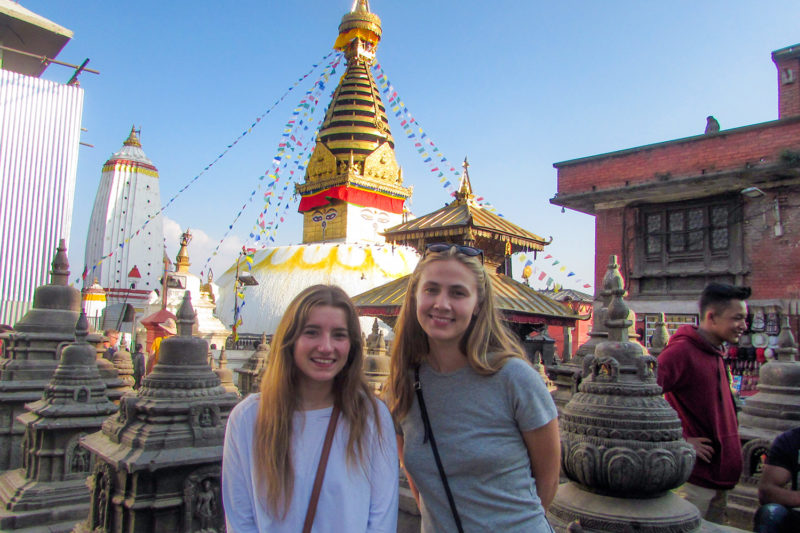 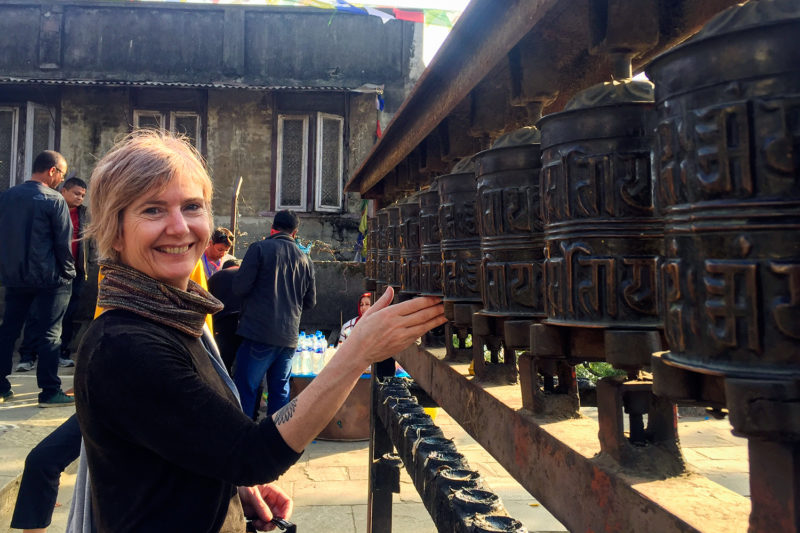 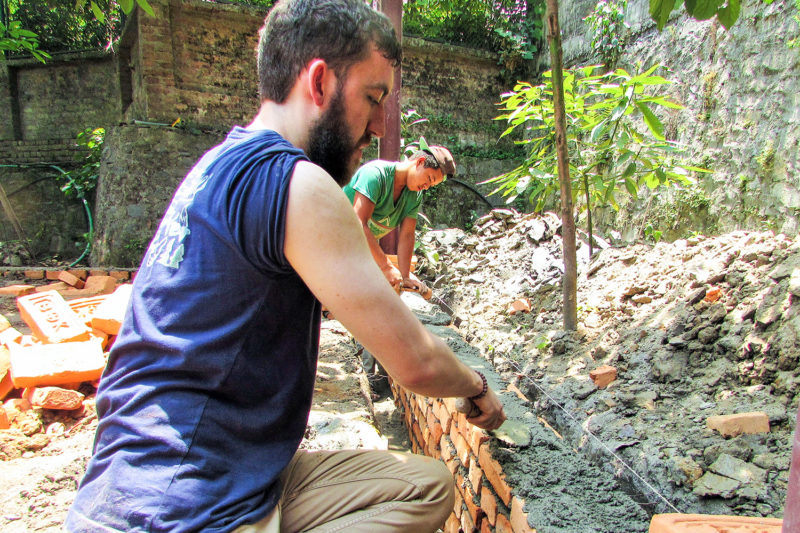 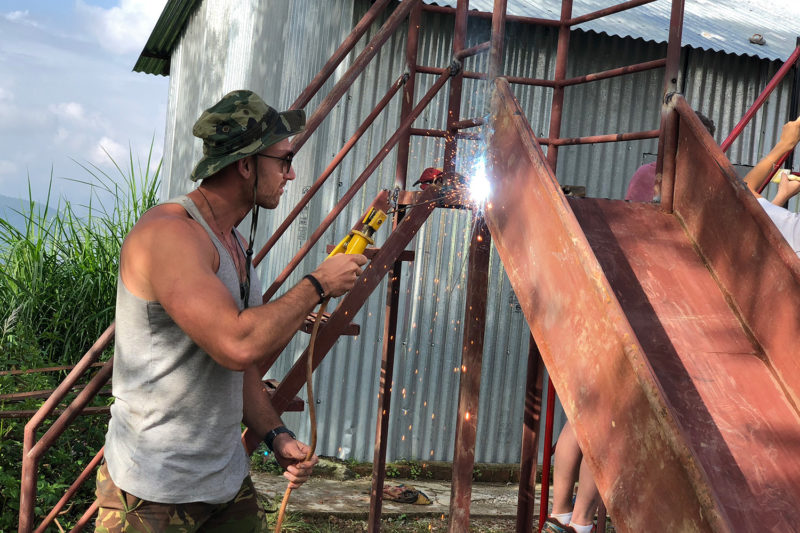 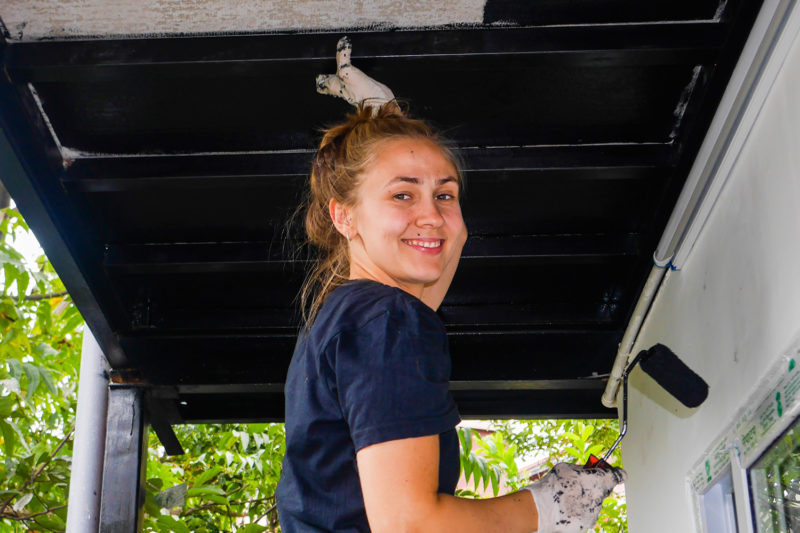 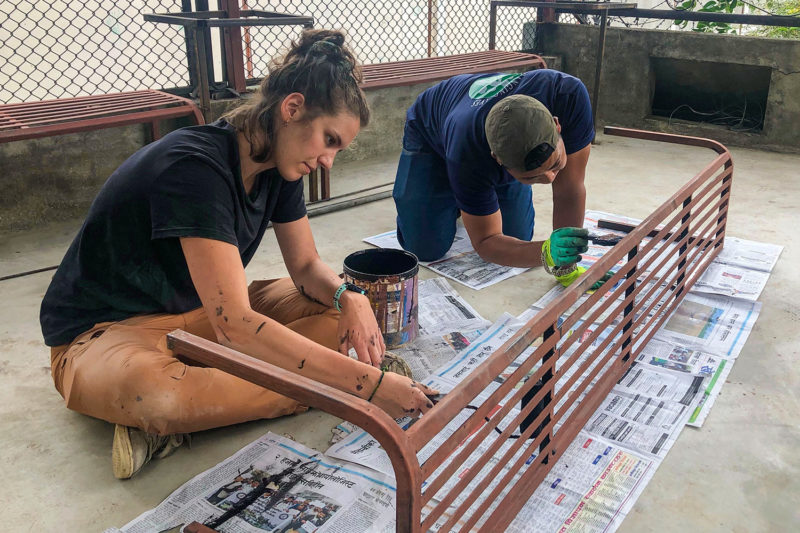 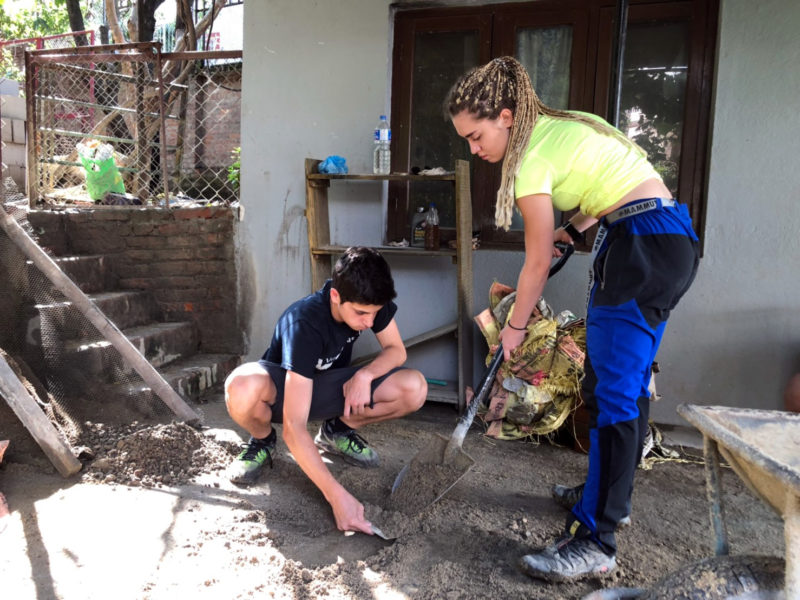 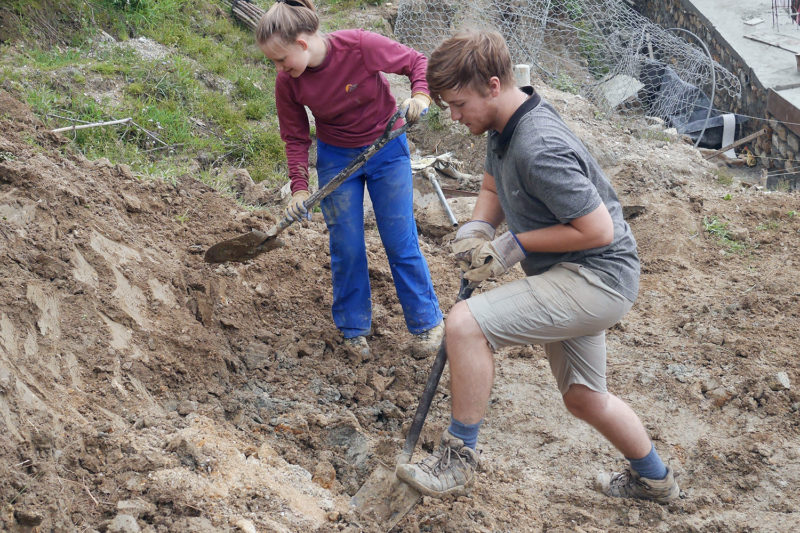 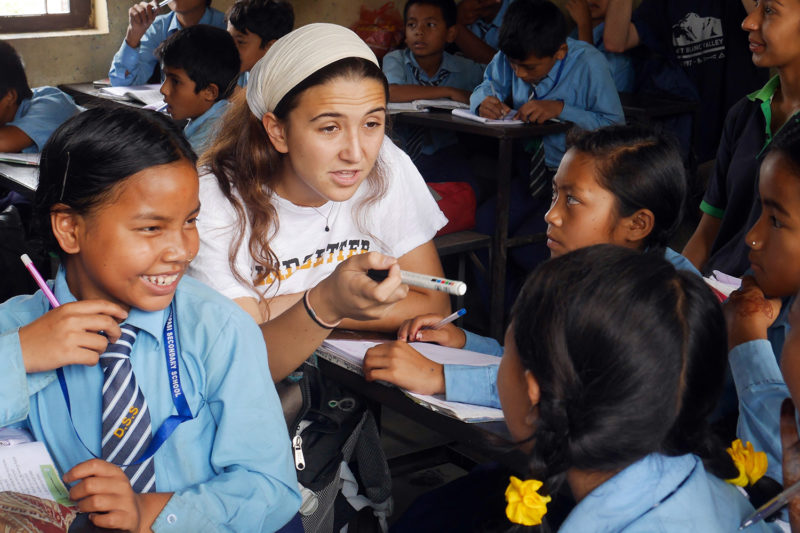 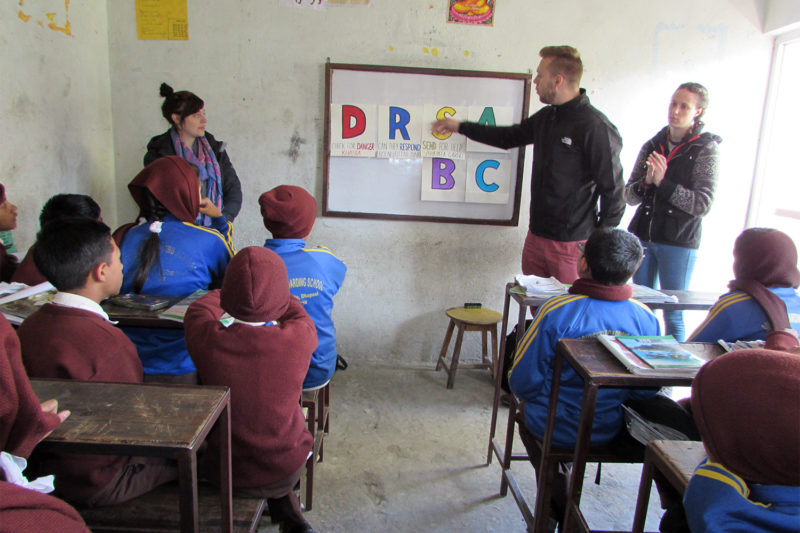 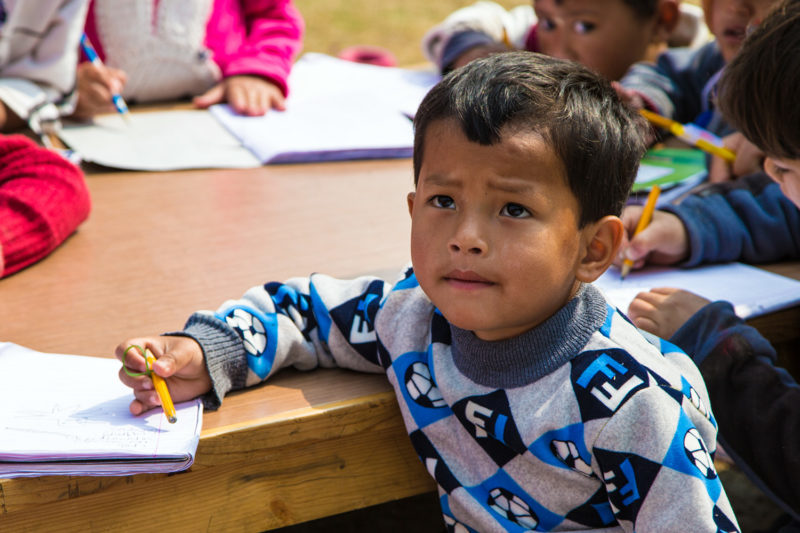 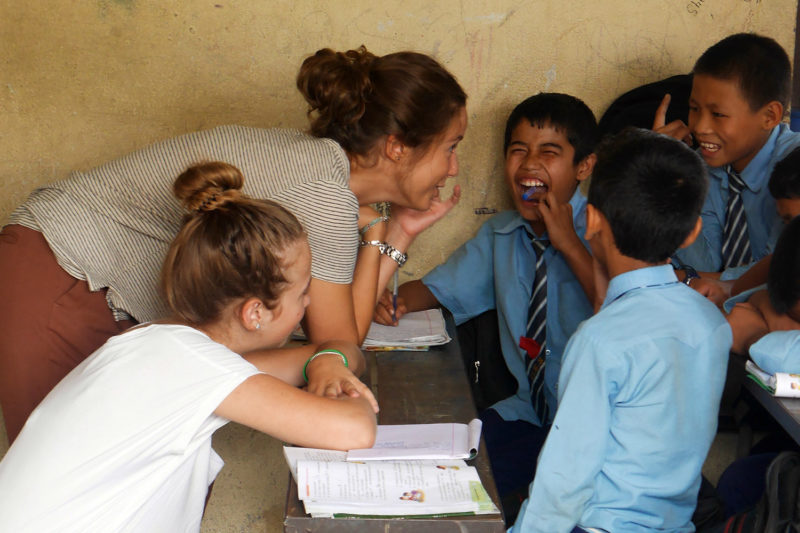 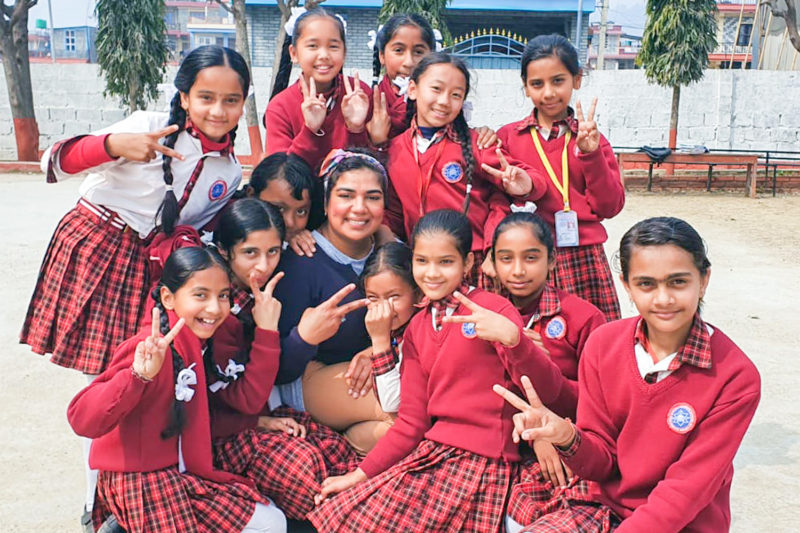 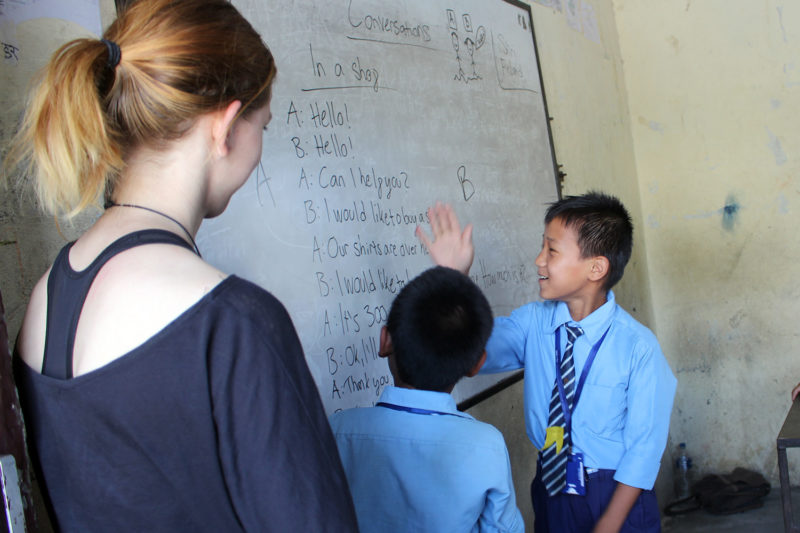 Weather conditions in Nepal vary from region to region. Summer and late spring temperatures range from about 28C in the hill region of the country to more than 40C in the Terai. In the winter, average maximum and minimum temperatures in the Terai range from a brisk 7C to mild 23C. The central valleys experience a minimum temperature often falling below the freezing point and a chilly 12C maximum. Much colder temperatures prevail at higher elevations. The Kathmandu Valley has a mild climate, ranging from 19 to 27C in the summer and 2 to 20C in the winter. In the winter, it only snows in the high elevations, around 9,000 feet. In the highest elevations, it snows year-round. The monsoon can last from mid-June to mid-August although the majority of the rain arrives in July.

Winter: From December to February, the mornings and evenings will be cold; in the daytime, you will be fine with a sweater or thin jacket.

Spring: From March to May is the best time to be in Nepal as it is neither hot nor cold. However, it does get quite windy.

Fall/Autumn: Very pleasant and mild weather. It gets a bit windy but you will be fine with a sweater or a jacket.

Nepal’s many ethnic groups are as varied as its land with their own languages and cultures. A wide variety of ethnic groups occupy the mid-hills. In the Kathmandu Valley the major population that we find is Newars, whose culture and artistry have earned them an international reputation. The Sherpas are known as tough mountain climbers. Brahmins and Chhetris are scattered over the hills and valleys, and Tamangs are found in the districts around the Kathmandu Valley. The Rais, Limbu, Gurung, Magars of the mid-hills have earned fame as Gurkha soldiers. Lowland ethnic groups such as Maithili, Bhojpuri, and Tharu enhance the colorful mosaic. The population of Nepal is about 23 million.

Do’s & Dont’s
Namaste
Namaste to those older than you in age, rank or position. Only once on the first meeting each day. You may also shake hands with people of same sex. Don’t shake hands with a person of the opposite sex.

At the table
-If someone offers you something to eat, do not say “no” directly. If you do not want to eat, you can say, “I have just had…..” or “I do not feel like eating now ” or “I never eat/drink….”
-Brush your teeth, wash your face before eating breakfast.
-Wash and rinse your hands before and after eating food

Shoes, Feet & Legs
-The Nepalese believe the feet are the most polluted, profane part of the body. That is why
-Before entering a temple always take your shoes off
-Most Nepalese take off their shoes before entering the inner rooms of the house
-Don’t point the soles of your feet at another person
-Don’t step over any portion of another person, food, utensils, books, stationary, etc
-Accidentally touching someone else with your feet should be apologized for immediately by touching your hand (or making a motion) to the other person’s feet and then touching your head while repeating Vishnu’s name, in essence saying “Your feet are higher than my head”
-Crossing your legs in front of someone senior to you is considered offensive

The Head
-The head is the most sacred and pure part of the body. That is why..
-Avoid patting people, even children, on the head.
-Don’t ever take a man’s hat from his head, even in jest.

Clothes
-The Nepalese are conservative people; try to respect their local dress, even if many tourists do not. Women should not wear short-cut shorts, halter-tops, or tank tops. Knee length shorts and T-shirts are acceptable.
Women: Long skirts and conservative pants are best. Anything that is not tight or revealing is acceptable. Men: Long pants and shirts are most preferable. Shorts can be all right if they are relatively conservative. Going bare-chested is unacceptable.
-Wearing traditional clothes is greatly encouraged by Nepalese. It shows that your respect and are interested in their culture.

Much of Nepali cuisine is a variation of Asian themes, with a lot of roots from Tibet, India and Thai food. The national dish is daal bhaat tarkaari, which is spiced lentils over rice served with tarkari and cooked with spices.

Cow meat is forbidden because Hindus consider cattle to be sacred. In fact, many tribes and communities in Nepal are strict vegetarians.

By Local Bus
One of the cheapest ways to get around Nepal. However, you get what you pay for! They are often crowded (and not just with people, sometimes even goats!). Most buses don’t depart until they get filled up, so it is not a good idea for those who have a tight schedule.

By Tourist Bus
These are slightly more expensive than local buses but also more comfortable. Greenline buses offer routers between Kathmandu, Chitwan, Lumbini and Pokhara. It is recommended to book in advance to make sure you get a seat.

By Taxi
Taxis are either private taxis as in any other cities or “10 Rupee” taxis, which are public. This means they don’t leave a place until they are full. The name, “10 Rupee taxis” does not mean they cost 10 Rupee! Do feel free to bargain

Nepali is derived out from Sanskrit. It is the national language, and spoken by all ethnic groups in Nepal. Learning it is not difficult and knowing at least the basics will only add up to your experience in the country. Nepali is very much closely related to Hindi.