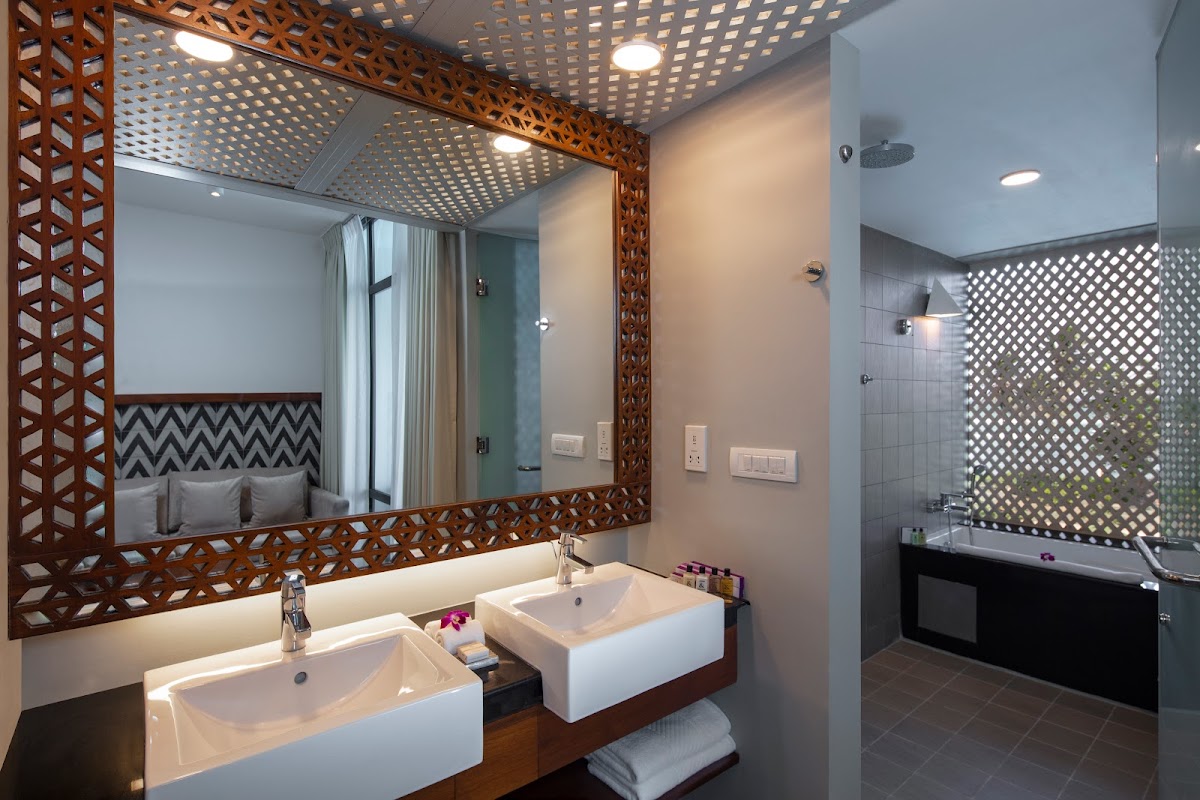 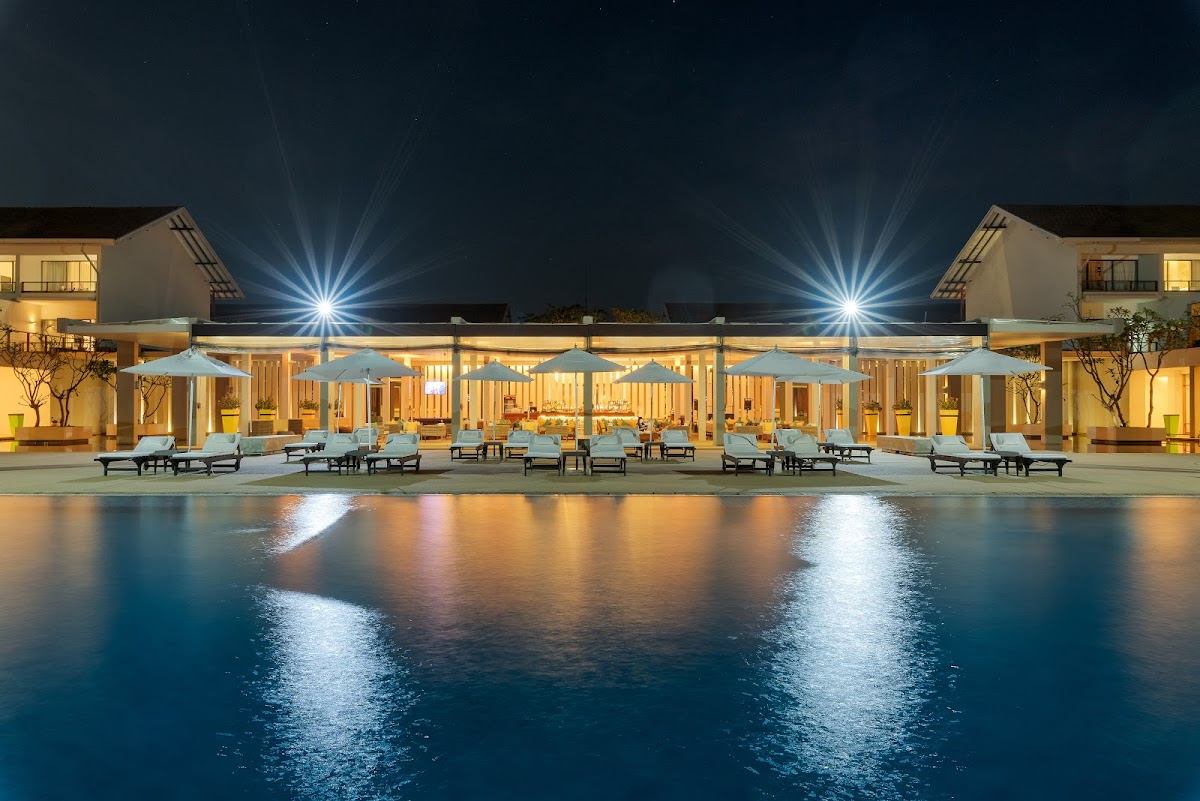 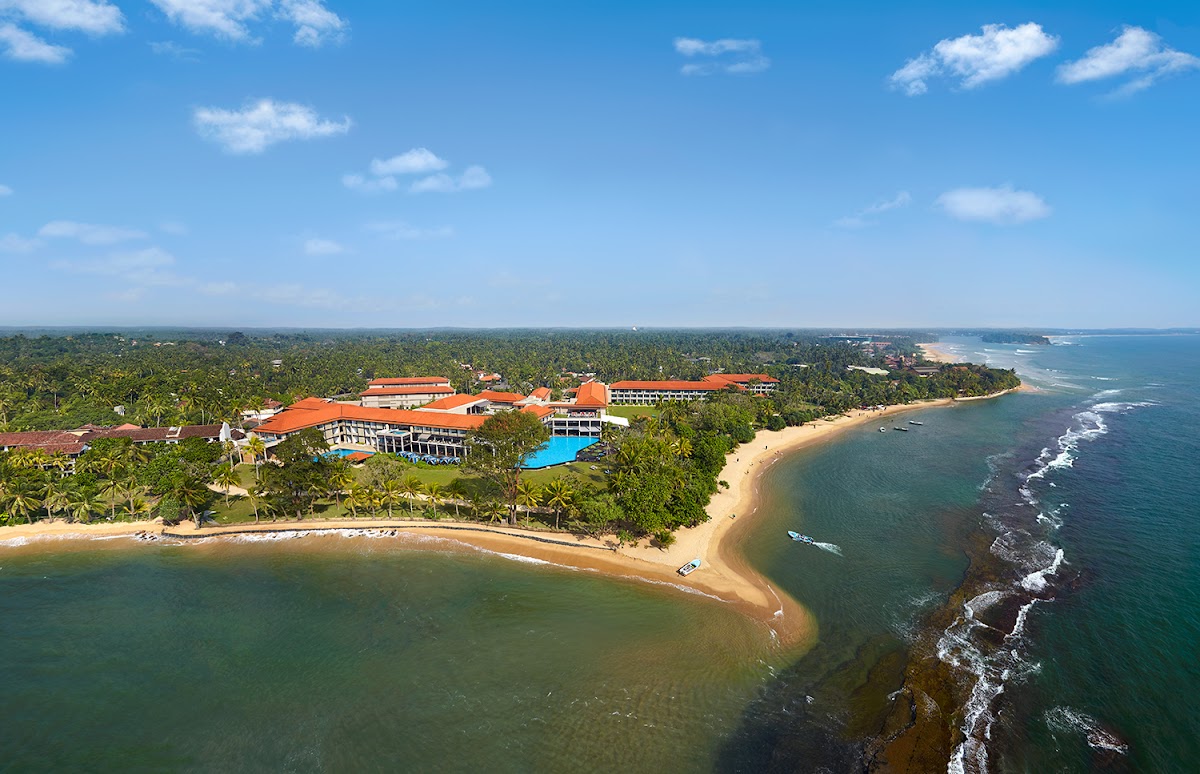 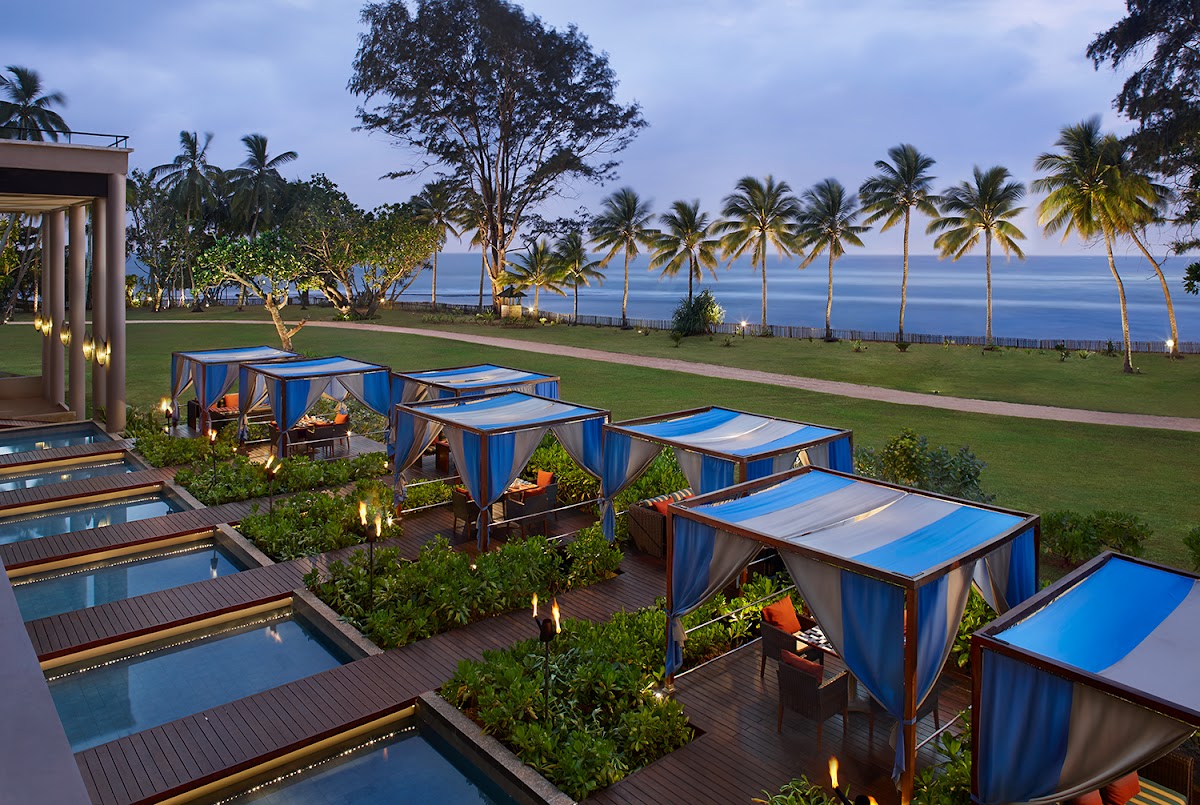 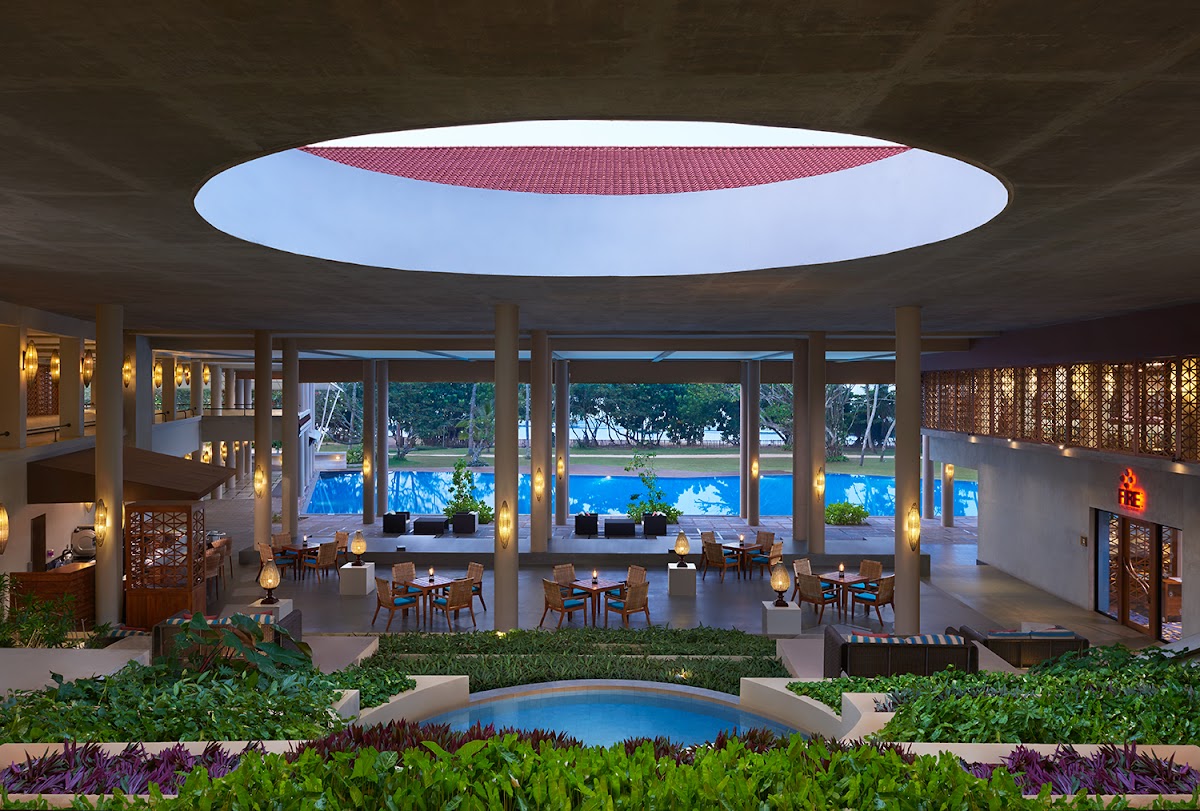 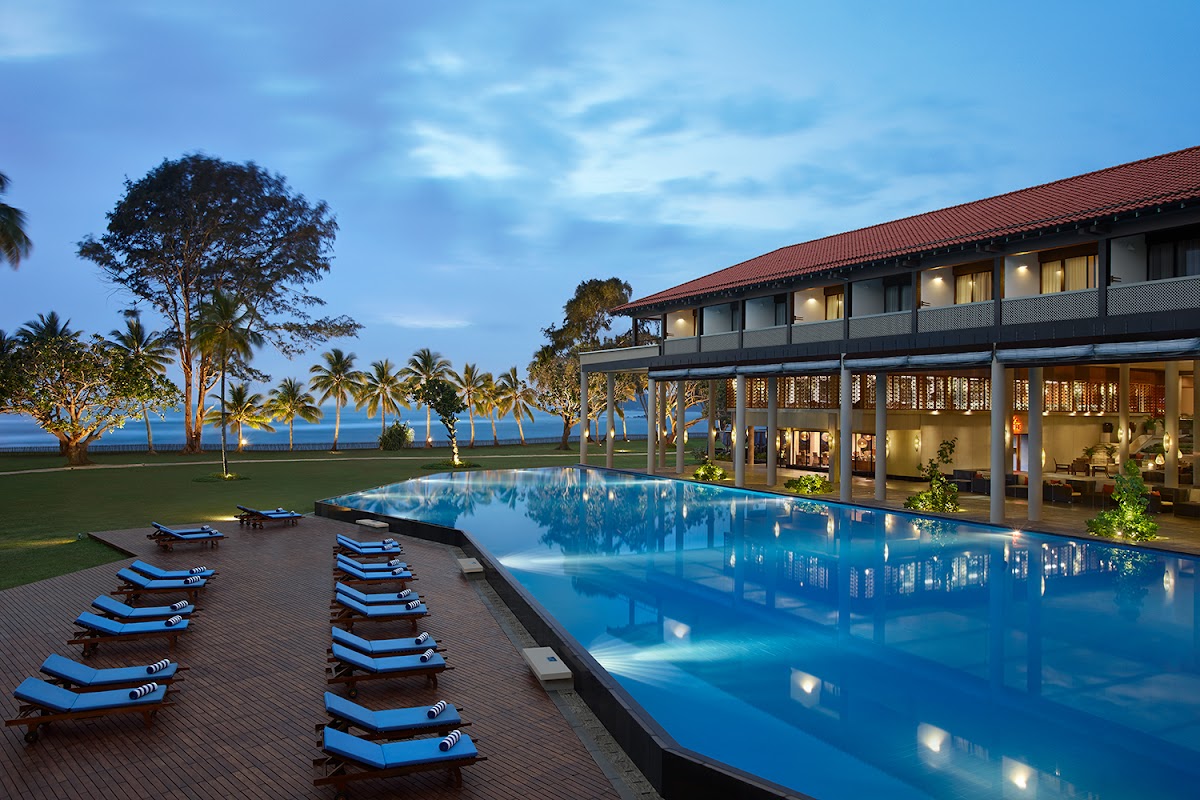 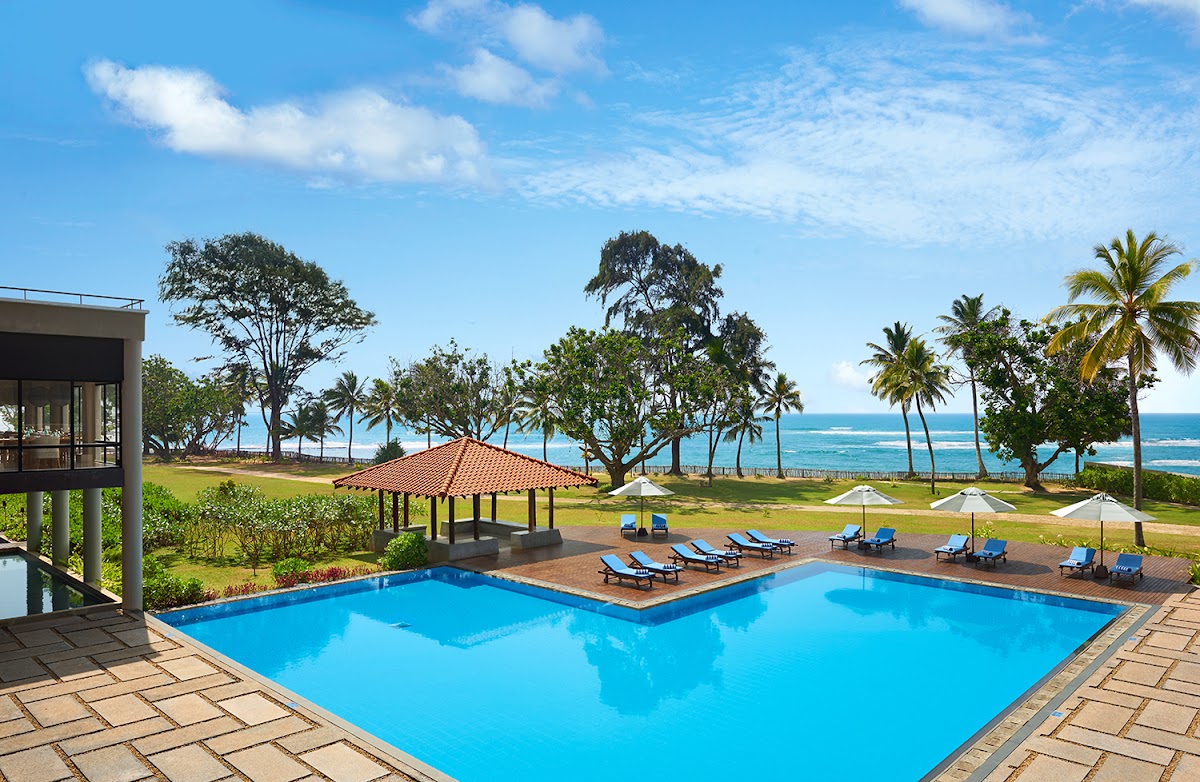 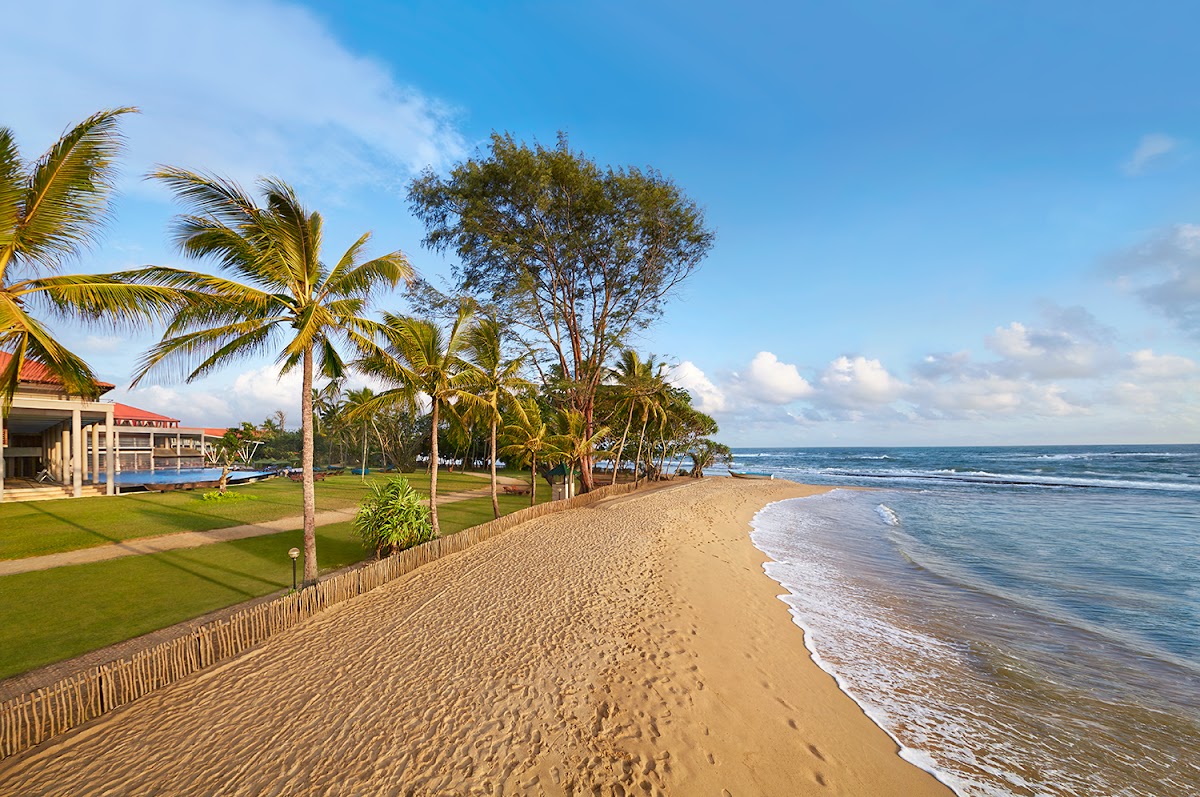 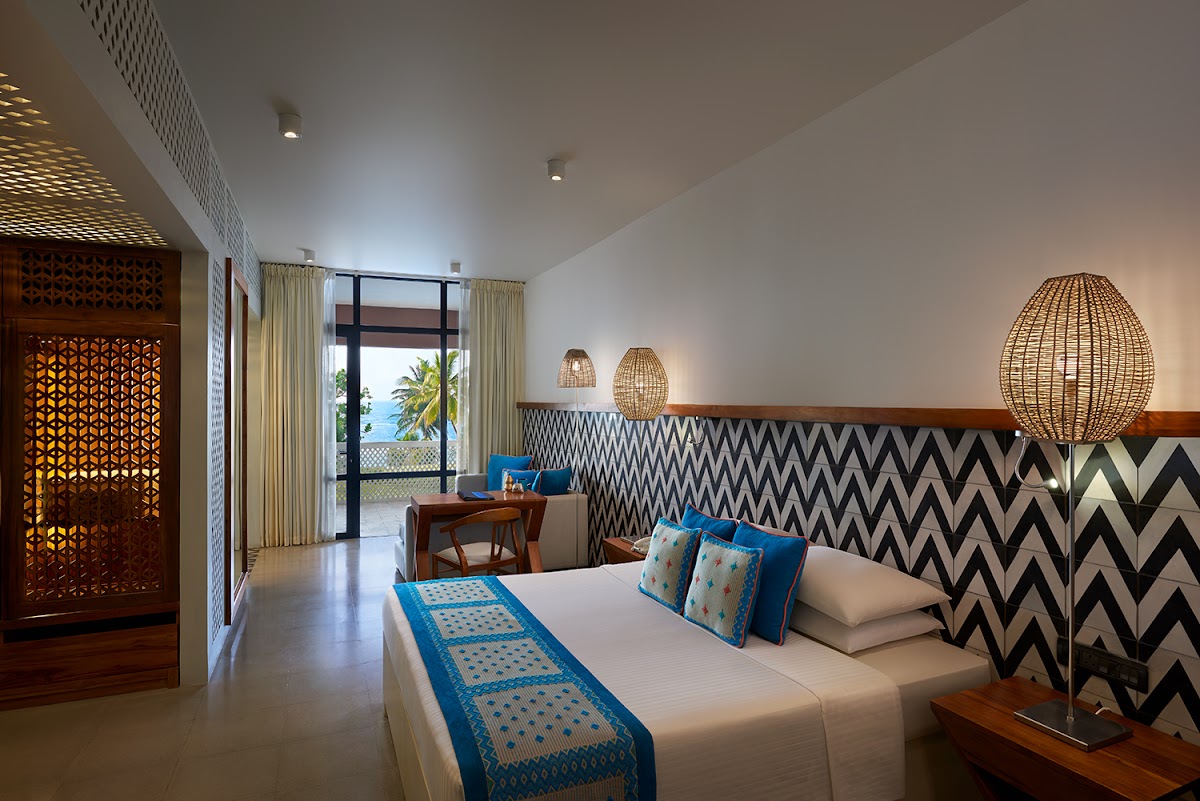 Just back from the palm tree-dotted beach is Cinnamon Bey, a luxurious hotel home to everything you’ll need for a beautiful stay on the Sri Lankan coast. With a great selection of dining options, including simply under the stars, a beautiful pool and spa, and many different rooms so you can find your perfect fit, this hotel is a serene example of exemplary Sri Lankan hospitality. With a whole host of activities, including sports, a kids club, and the serene spa, there is something for everyone at Cinnamon Bey.

Bandaranaike International Airport is approximately 55 km away from Cinnamon Bey

History of the Area

As well as it’s beautiful beaches, Beruwela is alive with culture and history. As a coastal town, it has naturally had many external influences and inspirations. Indeed, it used to be a citadel of Islamic art, which is evident in the beautiful and ancient Mosques that all around the town. The sight of the Kechchimalai Mosque on the coast has always been a treat for the weary traveller, as many Arab and Islamic traders sailed there to sell their merchandise. Like any port town, there is so much history interwoven into the streets, so take a break from relaxing by the pool at Cinnamon Bey and get exploring!

Each on the ground floor, Cinnamon Bey’s Superior Garden Terrace rooms offer direct access to the tranquil garden and your own private terrace and seating area. Surrounded by the soothing sites and golden sands, these rooms are complete with king-sized or twin beds, an extensive array of modern amenities including free Wi-Fi and satellite TV, and calming design, so you have everything you need for a luxurious and relaxed stay.

Part of the hotel’s Deluxe Wing, the Paradise Suites upgrade you to a new level of opulence. In your own jacuzzi you can stare out to the panoramic views of the Indian Ocean and the surrounding bay in complete privacy. With a designated living area, floor to ceiling windows, and bathtub and shower, lose yourself in the serenity that flows freely in this suite. The room is complete with all modern amenities.

Grand and spacious, the Deluxe Ocean View rooms cater to every luxurious need you might have. From access to the private Deluxe Ocean View pool, a private bar complete with snacks for Deluxe Wing guests, and that stunning view out into the ocean, these rooms are Cinnamon Bey’s piéce de resistance. With a choice of a king-size or twin beds, and elegant décor, all you have to do is sit back on your private balcony and sink into the tranquillity.

Dine under the beautiful night’s sky and savour the delights of Lebanese cuisine. With a range of seating, including the option to recline and dine on the sofas or under the blanket of the stylist marquee, Mezz2 is brings joy for the senses.

Dig into the sea of delicacies at the sushi bar in the Deluxe Ocean Lounge, as you stare out to the unobstructed views of the ocean, bar a palm tree or two. Or, simply indulge in one of the many cocktails on offer in the stylish atmosphere.

Exploit the excuse of tropical weather to its best at I.C.E. (Ice-Cream Emporium). Treat your sweet tooth to the home-made ice-creams, sorbets, frozen yoghurt and ice-cream sodas.

Sit poolside at the bar after a few laps have worked up your appetite and sip on cool refreshing drinks and savour some hot snacks. After dark, 800 Degrees becomes Tandoor – an Indian restaurant brimming with a delectable array of traditional staple dishes and delicacies.

Sri Lanka’s traditional art and culture scene brims with colour and uniqueness, none more than the Ambalangoda Mask Factory & Museum. Take part in workshops or simply learn the history of these fantastic masks.

The home and garden of Bevis Bawa, this stunning garden has played host to such names as Agatha Christie and Sir Lawrence Olivier. With beautiful flowerbeds and stunning design, this garden is definitely a sight to behold. As well as this, the house brims with objects and artwork collected over many years, making for a truly enlightening trip. Away from the bustle of the streets, this peaceful haven is a beautiful escape into the green.

Get your adrenaline pumping with a ride on the water. Slice through the waves and see the beauty of the coastline from a different viewpoint.

Fun for the whole family, the ocean is brimming with exciting activities including disco donut rides. Racing along the waves and bounce over the water, everyone can enjoy this exhilarating trip.

Complete with a sauna and steam room, Cinnamon Bey’s Azmaara Spa is the perfect place to let your troubles go, with tranquil full body massages and an incredible array of Balinese-inspired treatments you can unwind in the peaceful atmosphere of the hotel’s own spa.

Cinnamon Bey’s own water policy seeks to conserve and optimise the use of water obtained from surface and ground water sources. They also attempt to re-use waste water when possible, after treatment, to reduce the intake of fresh water. The hotel actively engages in recycling water being used for gardening and washing requirements of the property.

Secondly, the hotel strongly believes in the manta: Reduce, Reuse and Recycle, and multiple initiatives are in place to meet their waste reduction goals. A state-of-the-art waste management system has enabled Cinnamon Bey to effectively segregate, recycle and responsibly dispose of waste in an environmentally-friendly manner.

Wet waste is used to generate energy whilst the remainder is sent to local piggeries. Recyclable material obtained from dry waste is sent to recyclers certified by the Central Environmental Authority and garden waste is used to generate eco-friendly fertilisers. Lastly, protecting the bio-diversity and natural elements around the hotel has become second nature to Cinnamon Bey. The launch of Cinnamon Nature Trails and the training of expert naturalists enable them to pass on this knowledge to our guests and staff as well.

In Their Own Words

“We have an impact on the lives of our guests, our employees, the communities we work in, our suppliers and business partners, and surrounding environments. In addition, we meet the financial needs of our key investors and shareholders. We also inspire others to adopt sustainable practices and engage in projects that uplift the lives of those in need. We help preserve the limited resources of the planet whilst enhancing guests experiences with us”.

“Our vision is to facilitate the socio economic progress of the communities we operate in, whilst minimising our environment footprint. We have, in fact, reduced our carbon footprint by 2 to 0.8 metric tonnes (as at now) – an achievement that was possible due to our group’s efficient sustainability policy”.

Cinnamon Bey recognise the vital need to protect the biodiversity and natural environment that thrives all around Sri Lanka. That is why they have helped launch Cinnamon Nature Trails, an educational experiences for guests across Cinnamon Hotels. Through this initiative expert naturalists teach participants, guests and hotel staff alike, all about the nature all around them and how to protect it.

And it is through Cinnamon Nature Trails that they have launched their many environmental projects, including Project Leopard and Project Whale, a whale-watching conservation program in the Trincomalee sea. Another great example is The Cinnamon Elephant Project which is all about developing the best practices in elephant tourism.

With a collaborative effort between Cinnamon Hotels and The Centre for Conservation and Research, elephants are identified based on their morphological characters and life stories, with the help of Cinnamon’s resident naturalists, and in the newly-constructed elephant research station guests taking part in the safaris can have a more enriching and personal experience, knowing that there is no exploitation of these majestic creatures taking places.

Supported by all Cinnamon hotels, Project Leopard based in Yala is the group’s on-going project in its fourth year of operation. This project has the dual objective of supporting local cattle farmers and protecting the leopard community living in and out of the boundaries of the national park. Steel pens have been distributed to cattle farmers so that they can protect their livestock, an effort that won the distinguished Davis Award for Peace in 2020, from the University of Clark, USA. All of this is in an effort to protect and conserve leopards in Sri Lanka.

In the effort to lower their carbon emissions, all Cinnamon hotels have collaborated in an effort to increase energy efficiency. That is why all the hotels, including Cinnamon Bey use low energy-consuming equipment, replacing higher energy-consuming units. As an on-going process, many Cinnamon hotels have also been fitted with bio-gas digesters. All food waste is used to generate bio-gas, which goes on to power the kitchens. While Cinnamon Bey doesn’t have one yet, it certainly is on the cards!

Cinnamon Bey is child friendly, with a dedicated kid’s club, twin beds or extra beds available on request, and whole host of water sports for the whole family 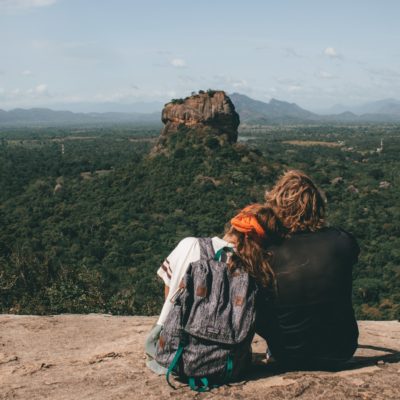