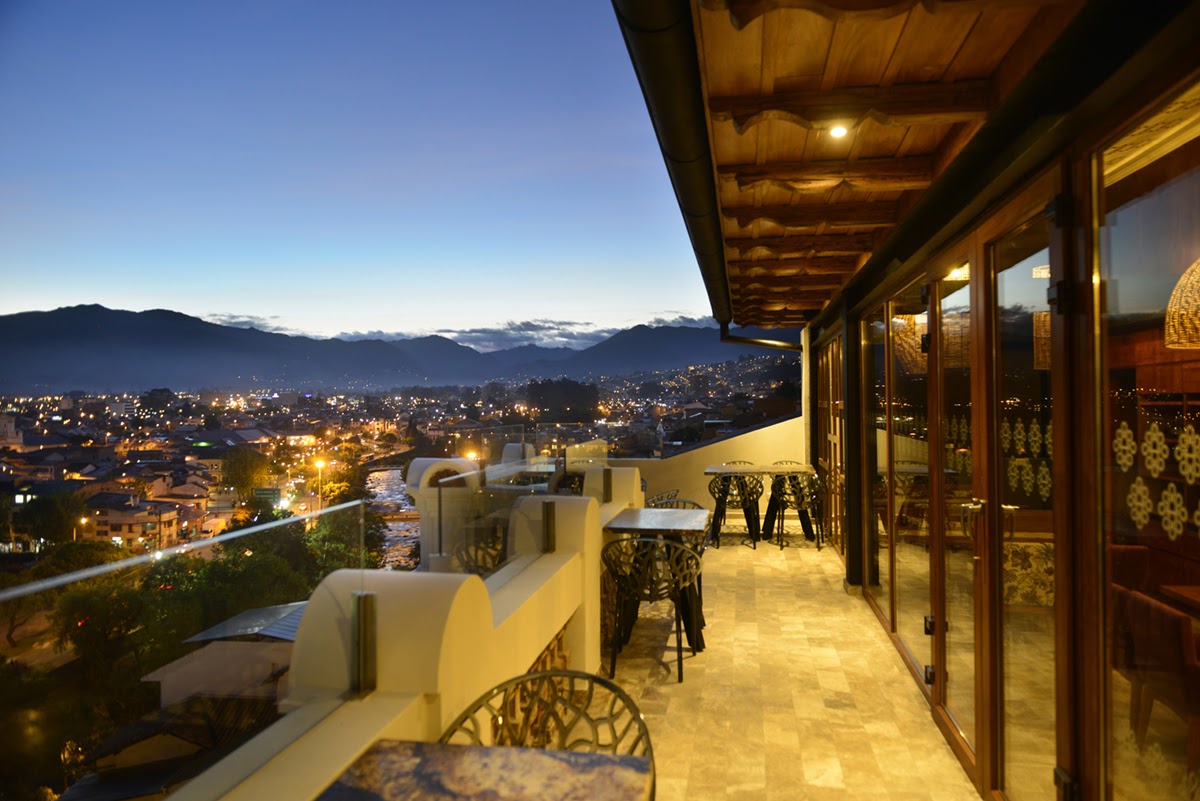 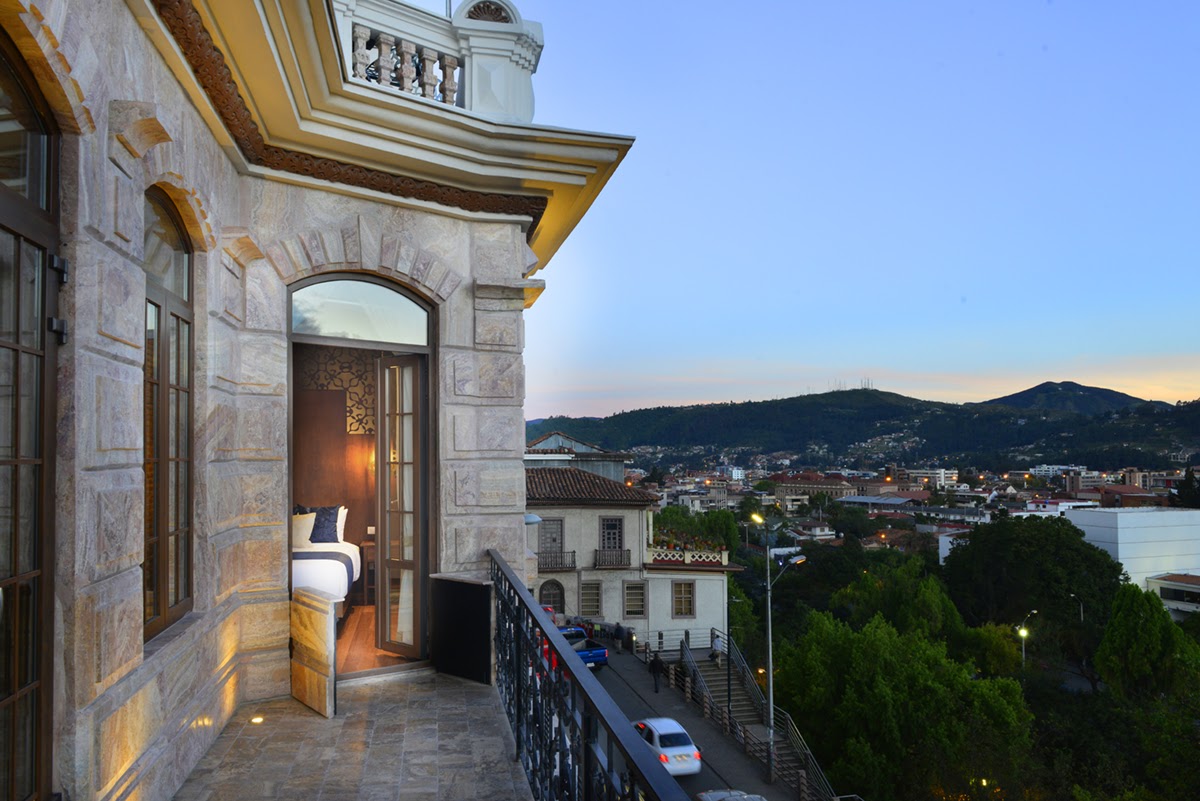 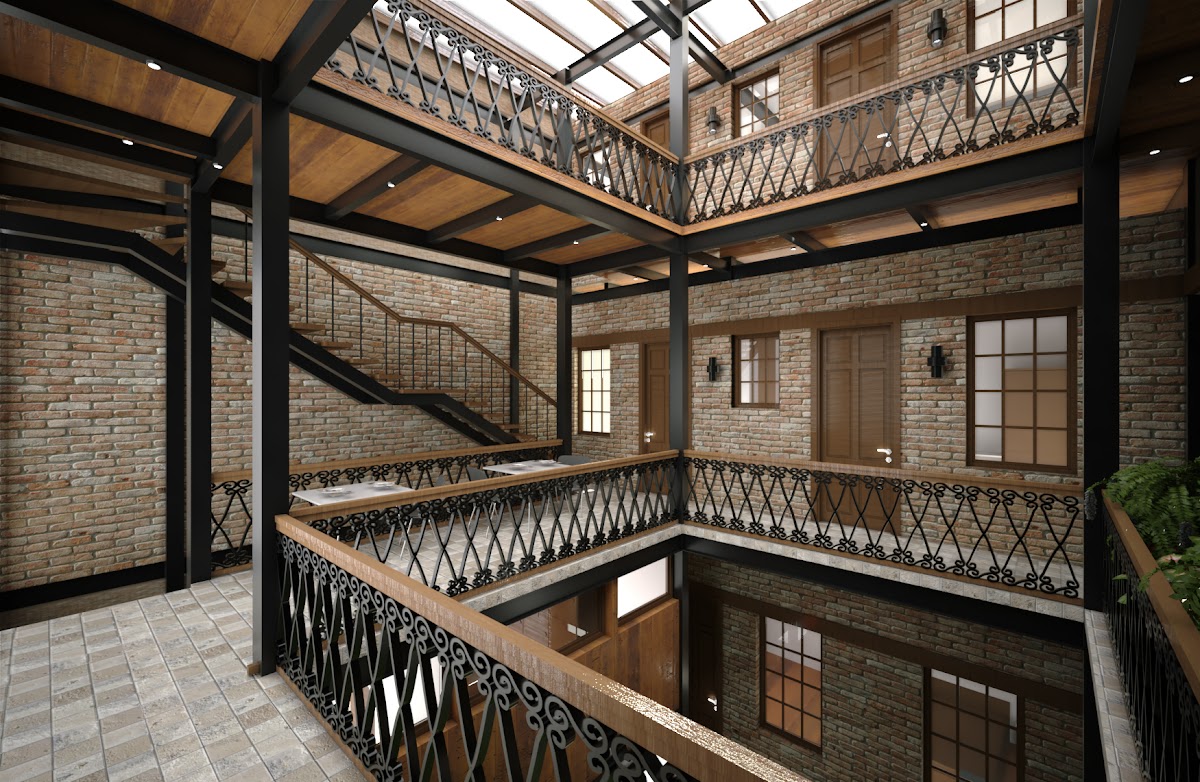 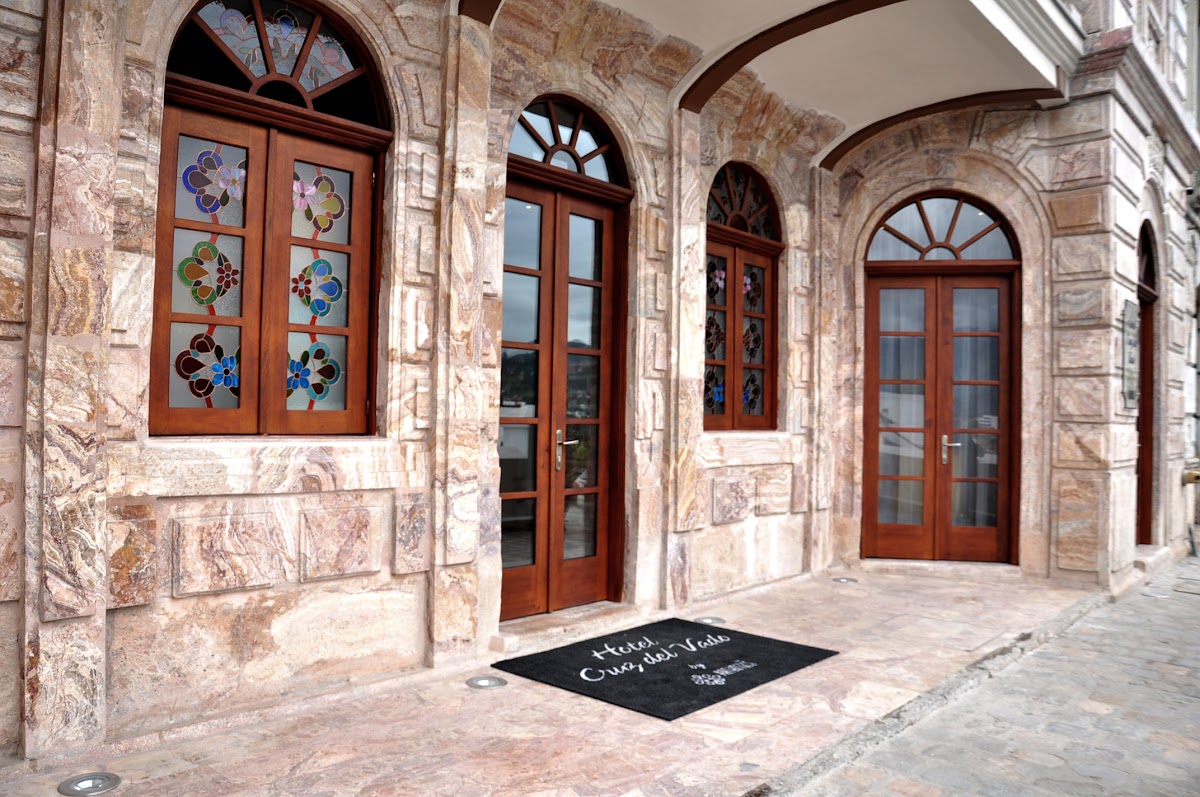 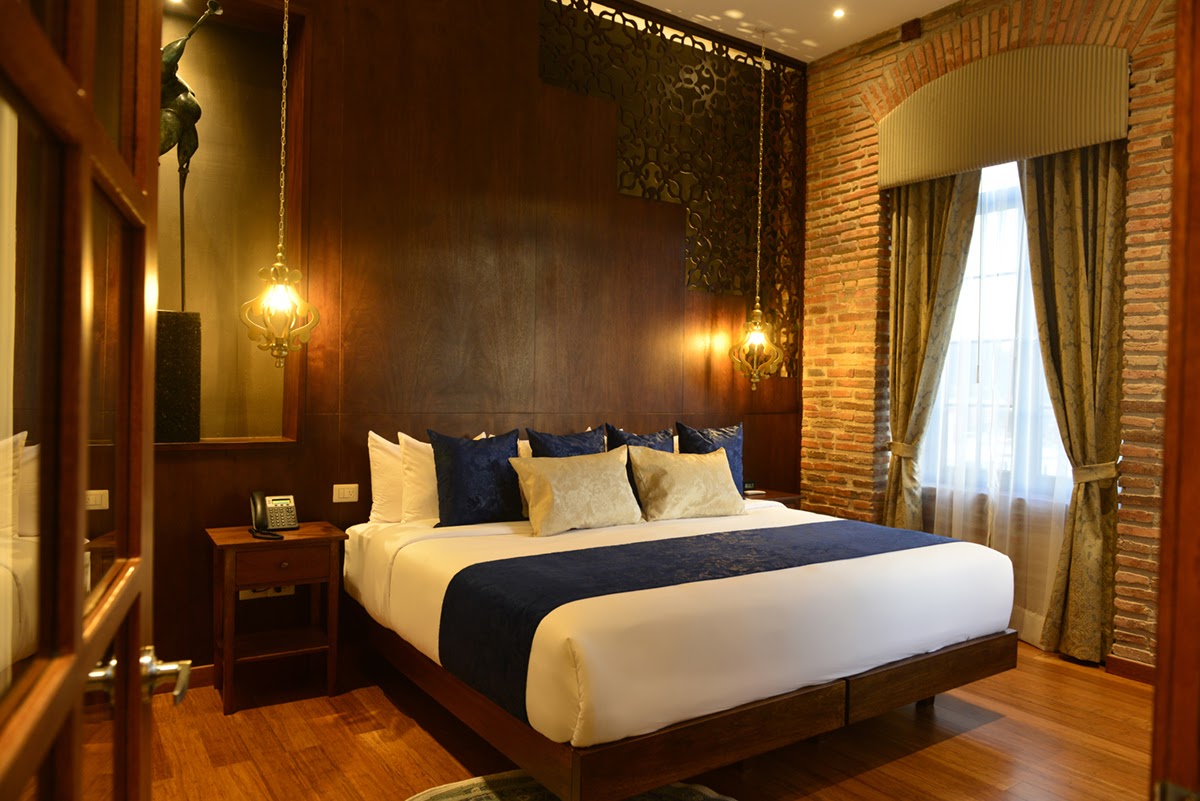 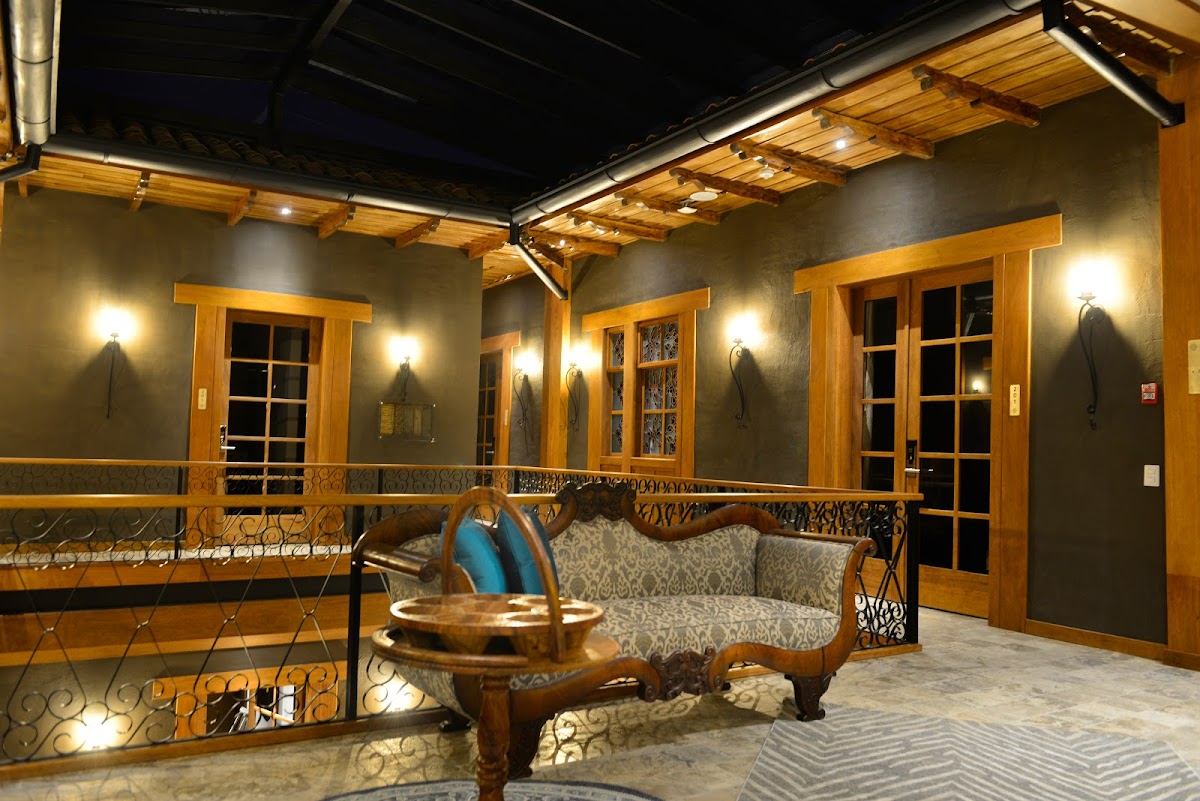 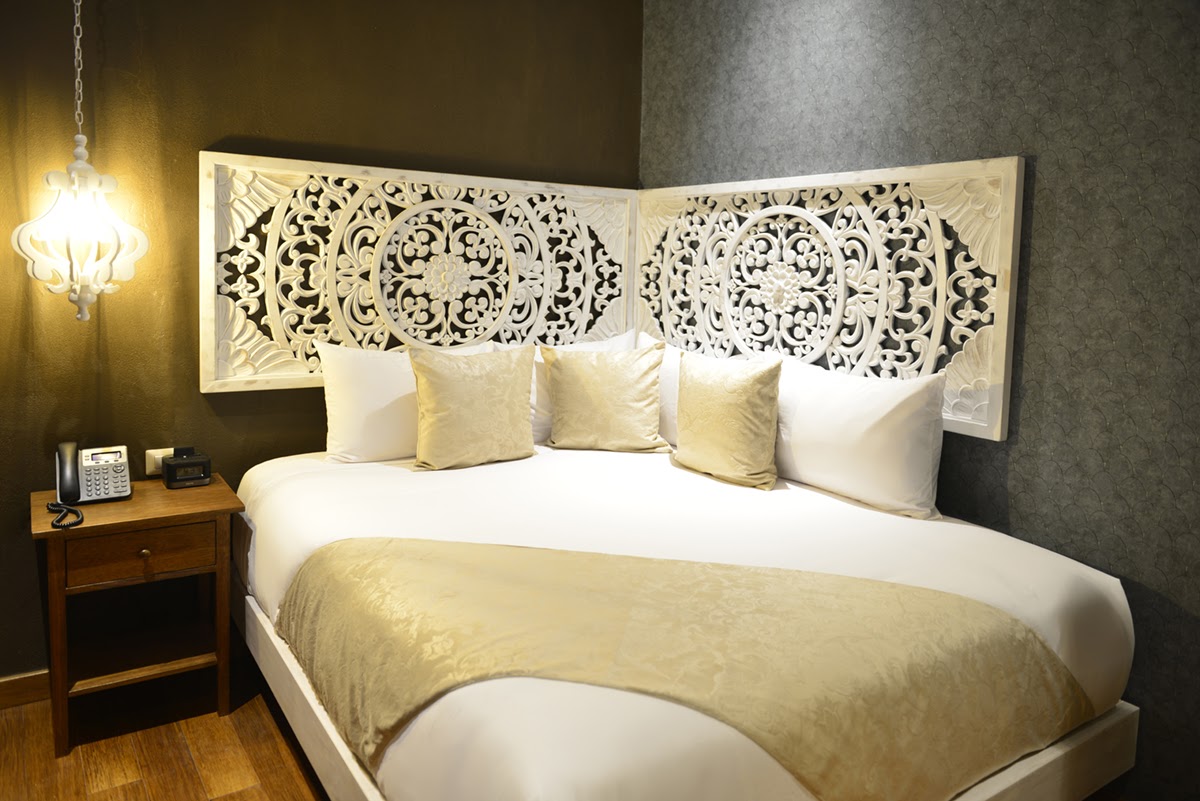 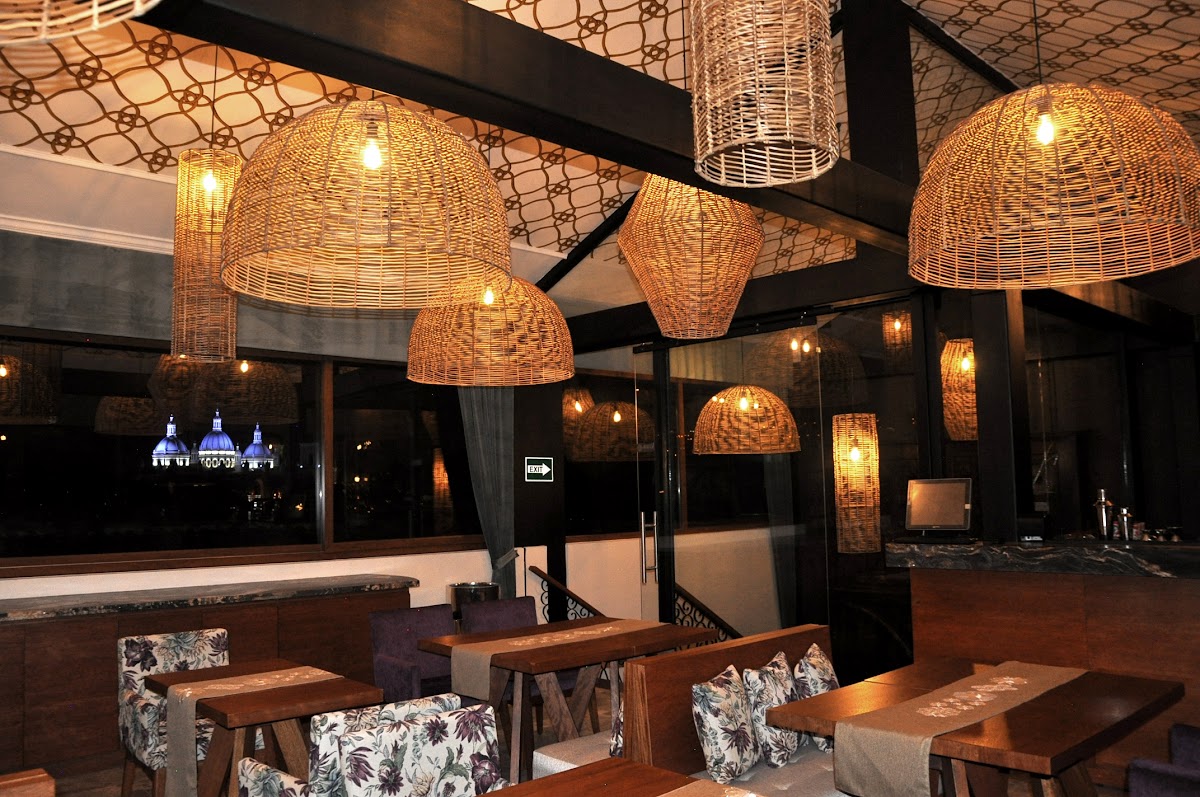 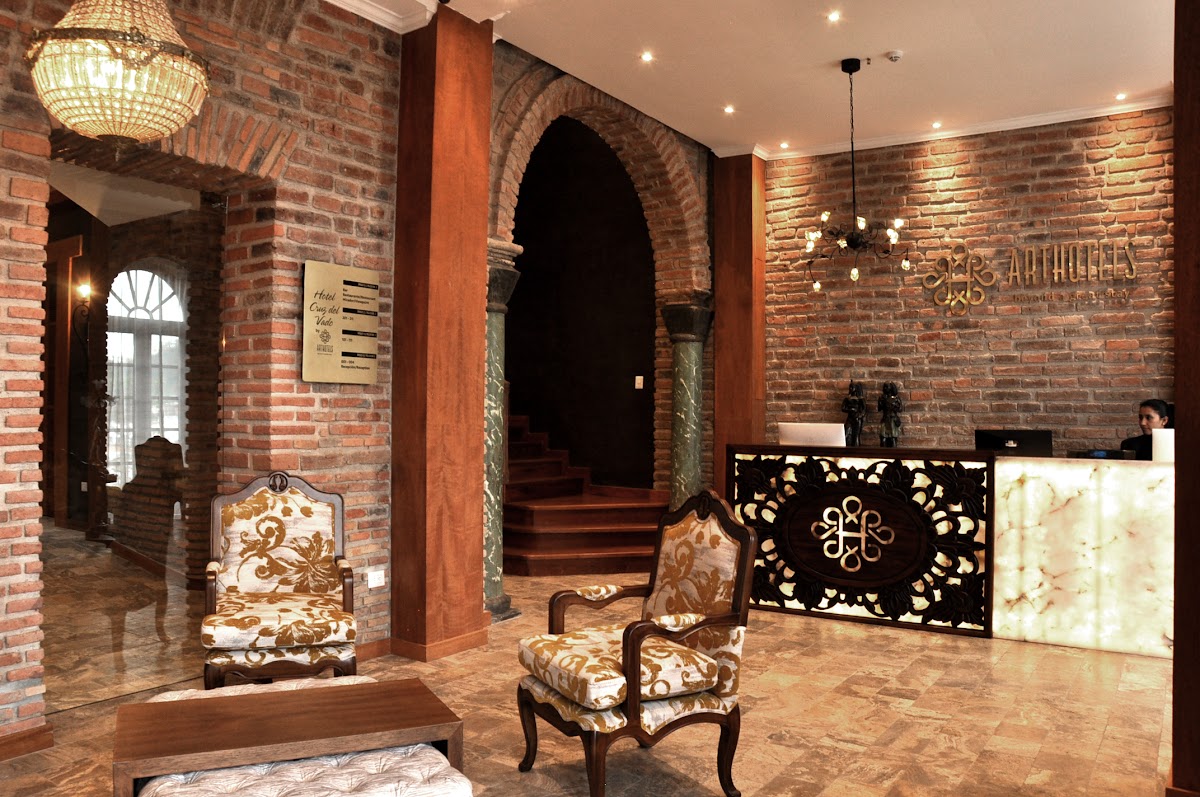 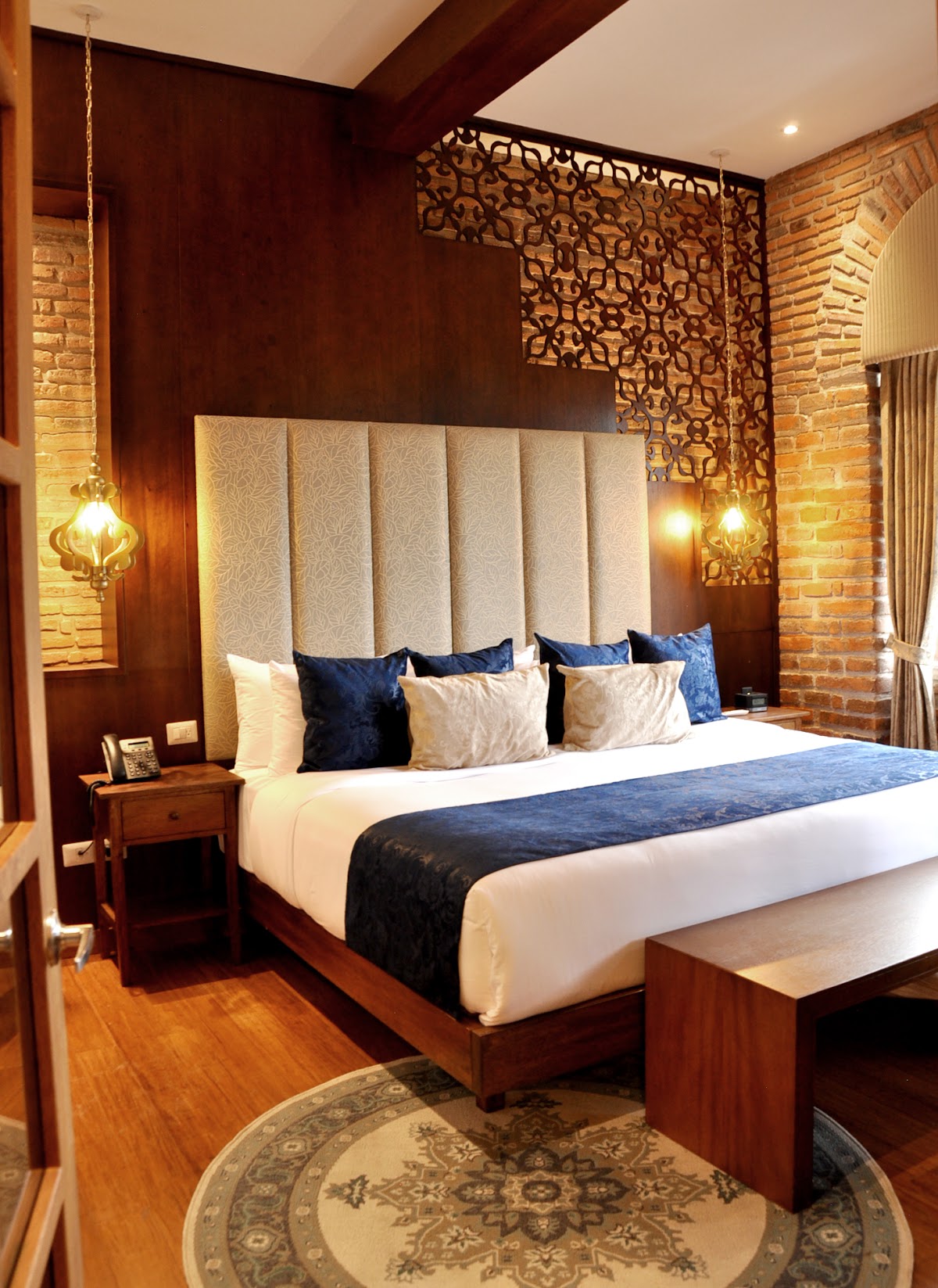 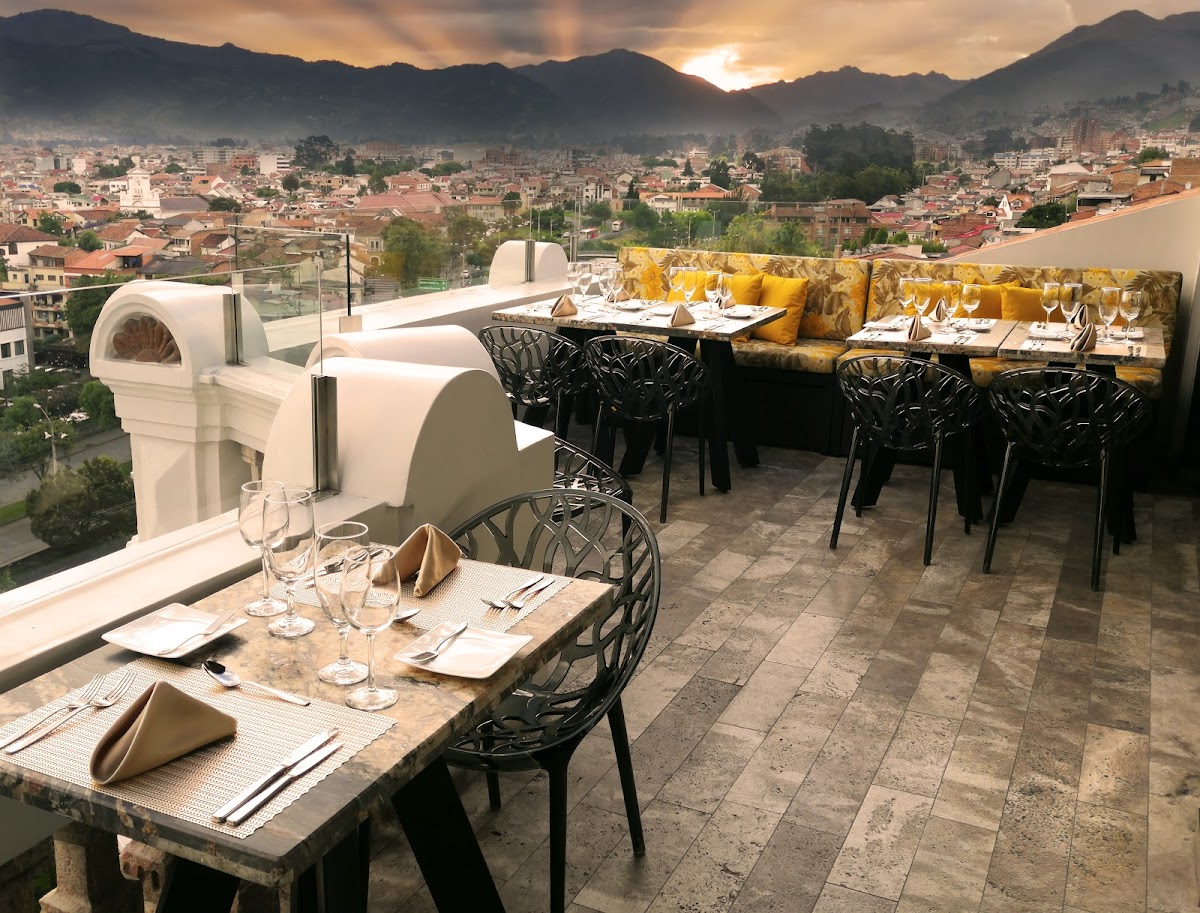 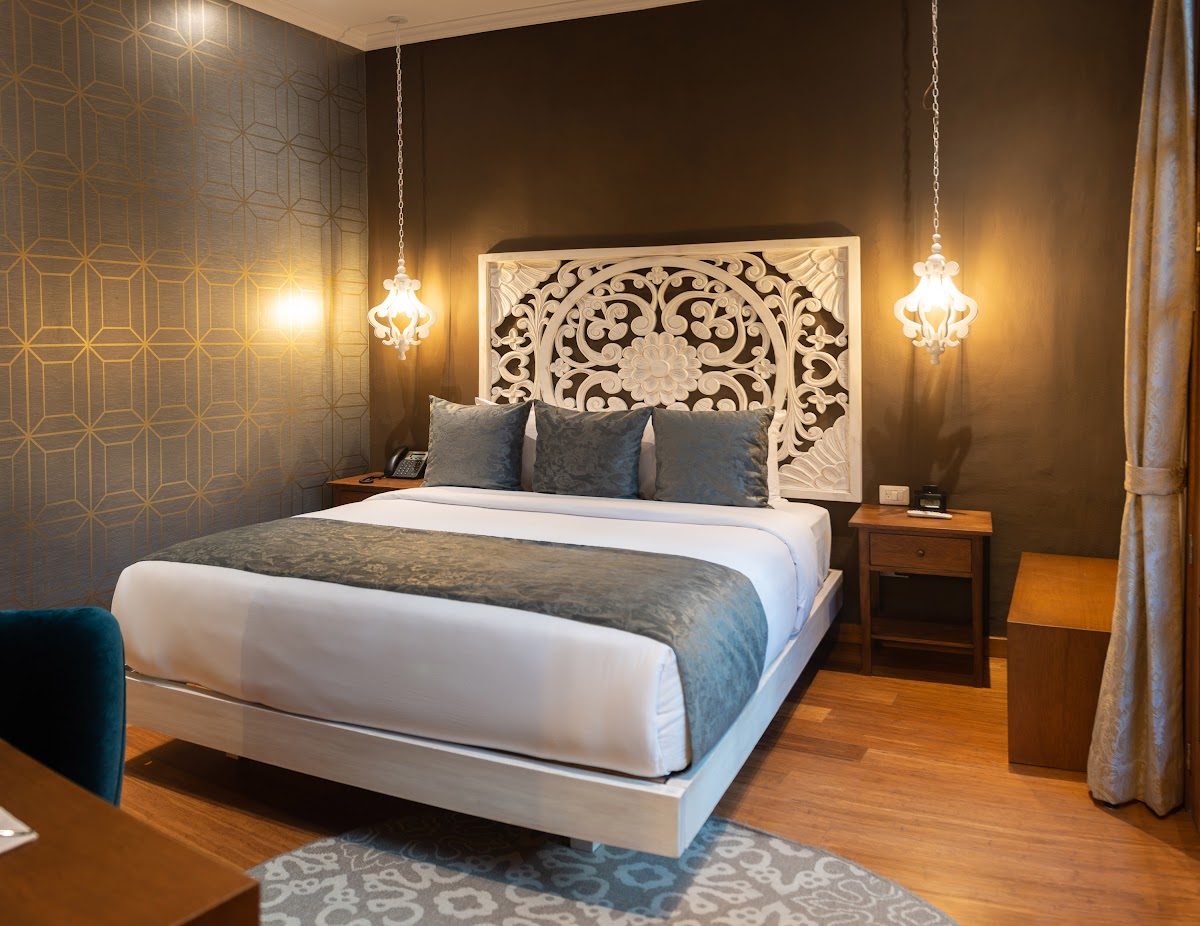 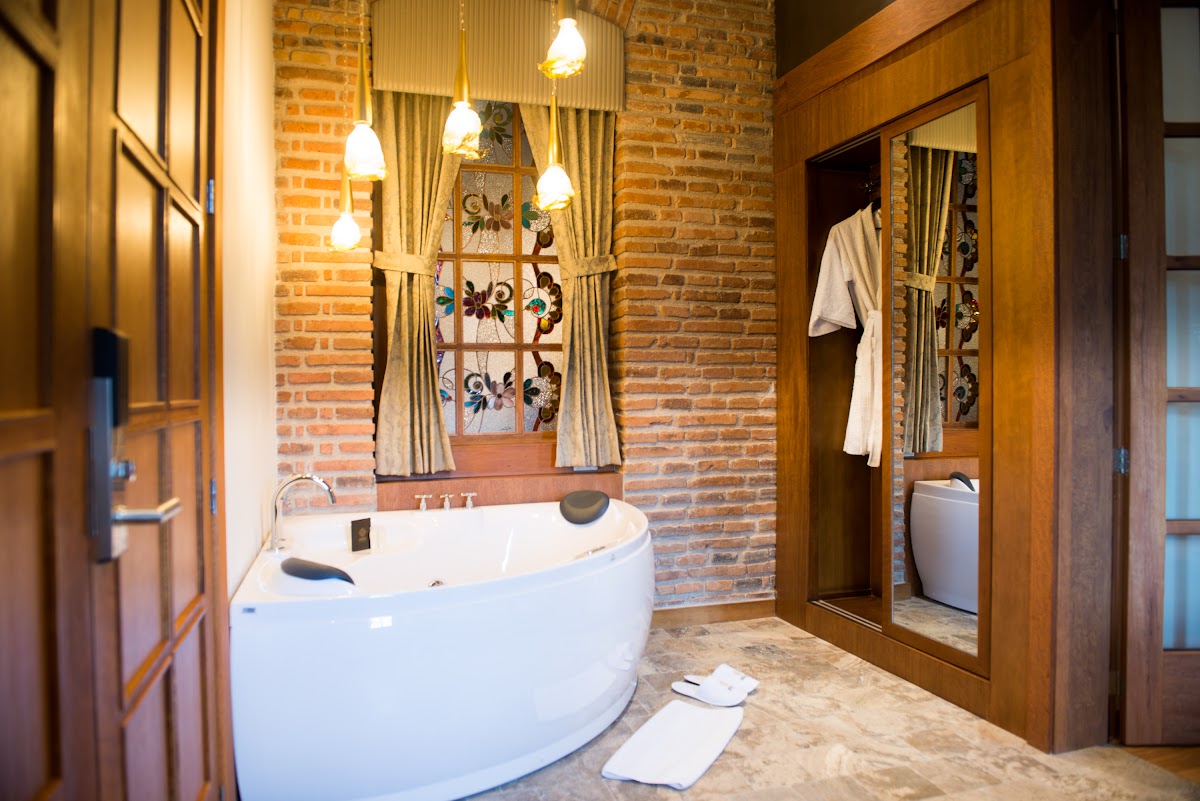 Located in the Historic Downtown of the cultural capital of Ecuador, Cuenca. Hotel Cruz del Vado by Art Hotels is one of the most important colonial houses of this beautiful city. Its pink marble façade is an example of the luxurious lifestyle back in the colonial days. Located near La Cruz del Vado, hence its name, the hotel is in the oldest neighbourhood in Cuenca. Many handicrafts, religious representations, and historical architecture make the location iconic to the city. This neighbourhood is an essential part of the Cultural Heritage of Humanity by UNESCO.

Hotel Cruz del Vado has a priviledged location, within one of the cities most beautifully preserved old towns, a few minutes walk from local points of interests, attractions and restaurants. The hotel itself is just 20 minutes from Mariscal Lamar airport and offers a VIP transport service for a nominal fee.

Hotel Cruz del Vado has always been a building full of history, art and culture. Built 90 years ago, this building long before it was a hotel, was already an undeniable symbol of a luxurious lifestyle, with an interior full of unique details, representing a republican style and influenced by French architecture.

Located very close to the Cruz del Vado monument, the Hotel bearing the same name, is in one of the oldest regions of the city. In order to preserve the original essence and history of this heritage building, Art Hotels used a fusion of traditional and modern construction techniques.

Originally, before this building became a hotel, it was home to Cuenca’s first newspaper “El Mercurio”, previously known as “Palacio de El Mercurio”. Still to this day on the hotel’s façade, is a plaque in honour of the famous journalist from Cuenca, Federico Proaño, a true representative for liberalism in the region, banished at the time by President Garcìa Moreno.

In 2014, work started on the property that was originally a rental establishment, to be converted into a high-end boutique hotel. A rehabilitation project set out by Arts Hotels Ecuador was put in place. The Lloret family of architects were contracted with the work, being renowned for renovating and recovering patrimonial real estate in Cuenca.

Now, its facilities and 26 rooms reflect true luxury hospitality. The property offers guests all the luxuries and services expected from a boutique hotel of this standard. The restaurant and bar are an ideal representation of this, being renowned for having the best views of the city and excellent cuisine.

The Deluxe Queen rooms maintain the traditional construction technique of Cuenca with walls of bahreque, and decorated with hand-selected artworks from an exclusive collection, combined with other such fine details for instance the hand carved headboards made by skilled craftsmen. Each room comes complete with a Queen size bed, a plush, pillow top mattress, crisp white linens, a soft 100% cotton duvet and the Ecuadorian organic line of AromaVida bath amenities.

The Luxury rooms guarantee guests a privileged view of the Tomebamba River and the modern part of the city. High ceilings are met by tall walls of exposed brick, forming part of the exquisite décor which can be appreciated during a soak in the Jacuzzi – the perfect addition to any stay. Each room comes complete with a Queen size bed/ Twin beds, a plush, pillow top mattress, crisp white linens, a soft 100% cotton duvet and the Ecuadorian organic line of AromaVida bath amenities.

The restaurant is located on the third floor, offering a wonderful view of Cuenca, with a menu full of homemade Ecuadorian recipes. The Hotel Cruz del Vado’s dining program offers guests the opportunity to go on a journey through the gastronomy of Ecuador. Every day a different dish representing one of the geographical provinces of Ecuador is on offer. Each provincial plate presents the principal flavours of each regions’ ethnicity and culture.

All dietary restrictions and allergies are catered for.

The rooftop bar has a panoramic view of the modern city with a classic and contemporary style that allows guests to admire the Cuenca sunsets. A large selection of drinks are on offer including signature cocktails, spirits and wines.

Located in a historic, preserved old town of Cuenca, Hotel Cruz del Vado, is within walking distance to many attractions. Take a stroll down the road and you will find antique shops, museums, art galleries and workshops all representing the distinctive culture and history of the area. If you truly want to be immersed in Ecuadorian culture visit one of the local markets, smell the aromas, witness the bright colours of all the regional products on offer, interact with the locals and maybe try on one of the authentic Toquilla straw hats native to this city.

Hotel Cruz del Vado help their staff to grow in knowledge with departmental cross trainings and offer career progression opportunities. They responsibly work with local community businesses which generates inclusion and interest in the tourist industry and the promotion of the country. Overall, offering and guaranteeing workplaces and jobs for Ecuadorian people.

The Art Hotels company own three hotels in Ecuador and focus on the restoration of historic houses, through minimising the use of construction materials that affect the environment and reusing materials from the original building.

The hotel’s suppliers work under responsible sustainable policies, through which environmental and social responsibilities are prioritised. The contribution of all staff members is counted on with regards to applying and working towards sustainable standards.

Hotel Cruz del Vado acknowledge water as a precious resource. From this they aim to conserve it for present and future generations and not waste or pollute it. They work with eco-friendly machines and products in order to achieve this aim.

Art Hotels manage to reduce electricity usage in their hotels by using natural daylight as their main source of lighting. The Eco friendly machines they use allow them to save up to 40% of energy.

Art Hotels as a company apply sustainable standards in all their hotels as well as raising awareness of their commitment to sustainability. All their practices are implemented in a luxurious and friendly way. For example, Shampoo, Conditioner and Soap are available only in dispensers in guestrooms, public and staff Bathrooms.

Art Hotels are committed to recycling, reusing and reducing. They:-