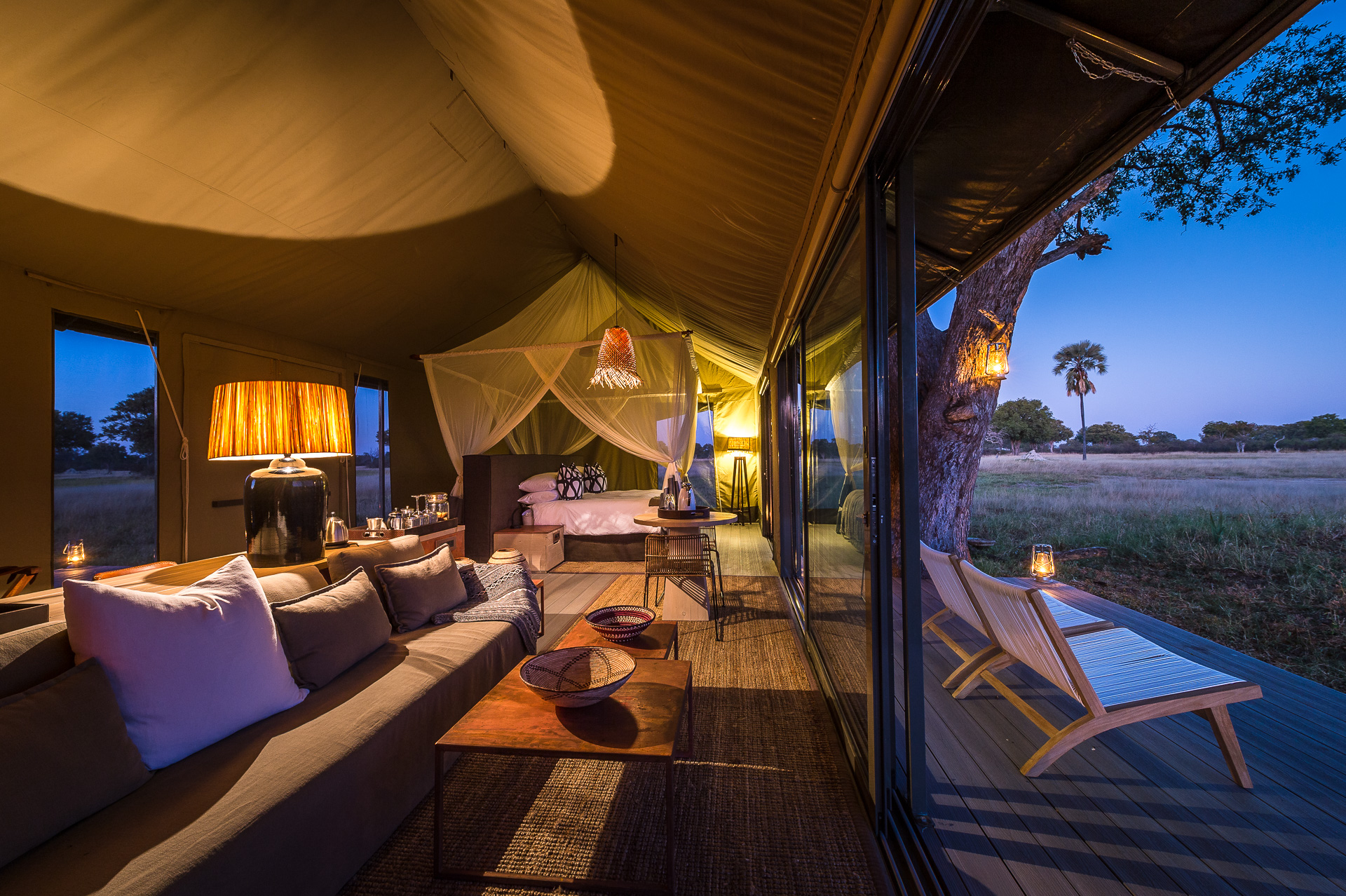 Linkwasha Camp lies in a private concession near the Ngamo Plains in Hwange National Park. Hwange is known for its prolific summer or green season game viewing, and Linkwasha adds an extra dimension during the dry season, when wildlife streams to drink from the pan immediately in front of the camp. Nine luxurious en-suite tents (eight twin and one family) make this the most exclusive of Hwange’s camps. The multi-level main area shares the same unimpeded views, and day and night safaris in open 4×4 vehicles, walks and village visits let guests get to know their neighbours, both animal and human.