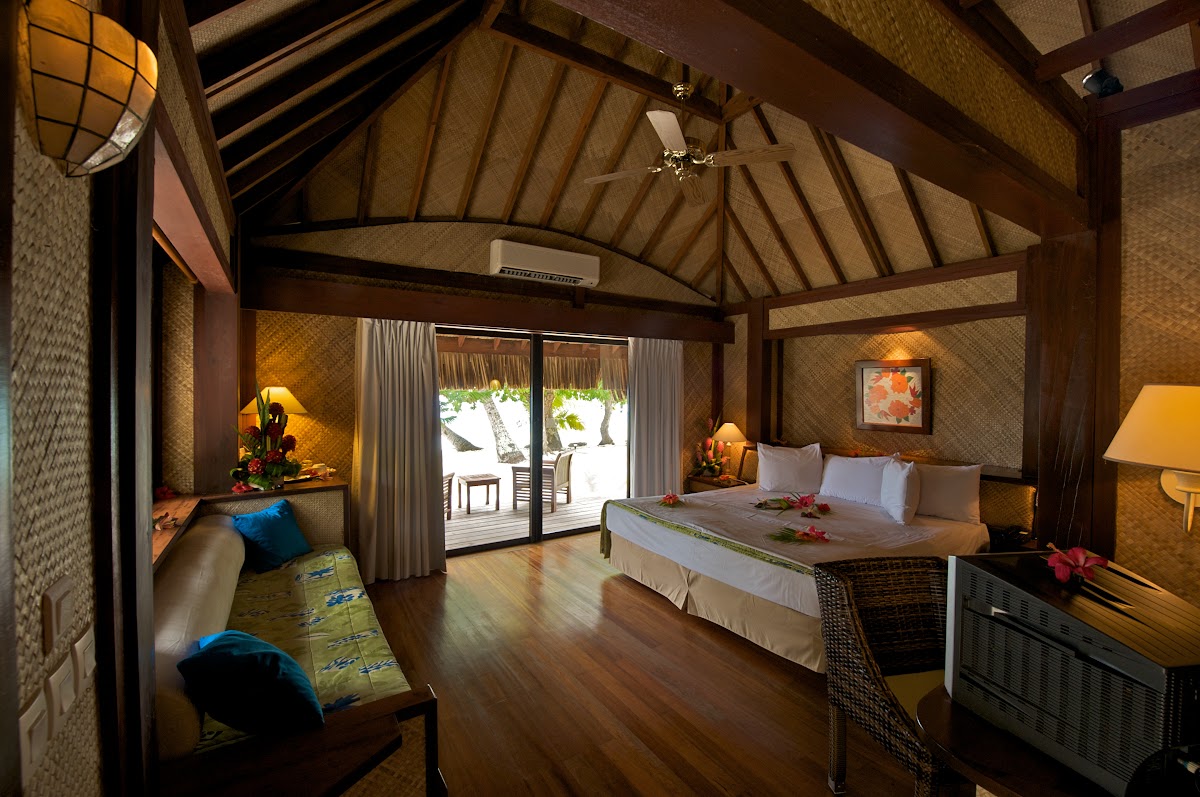 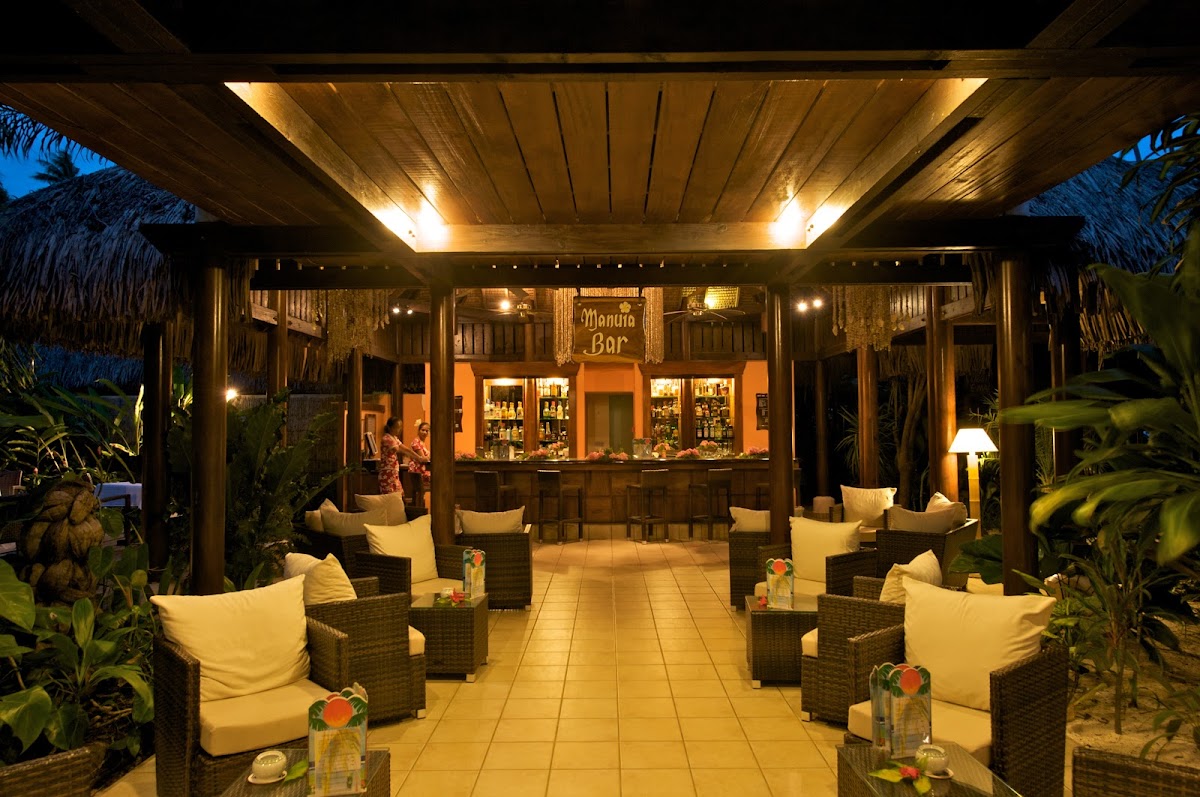 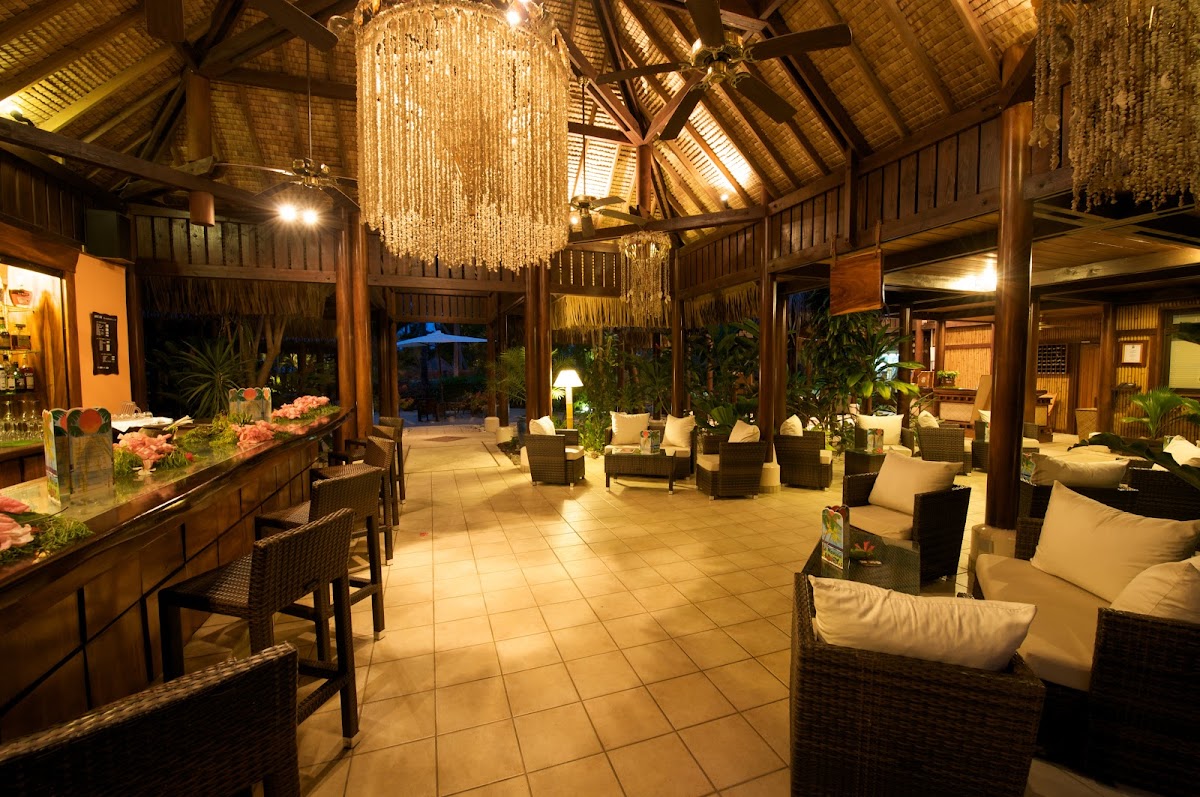 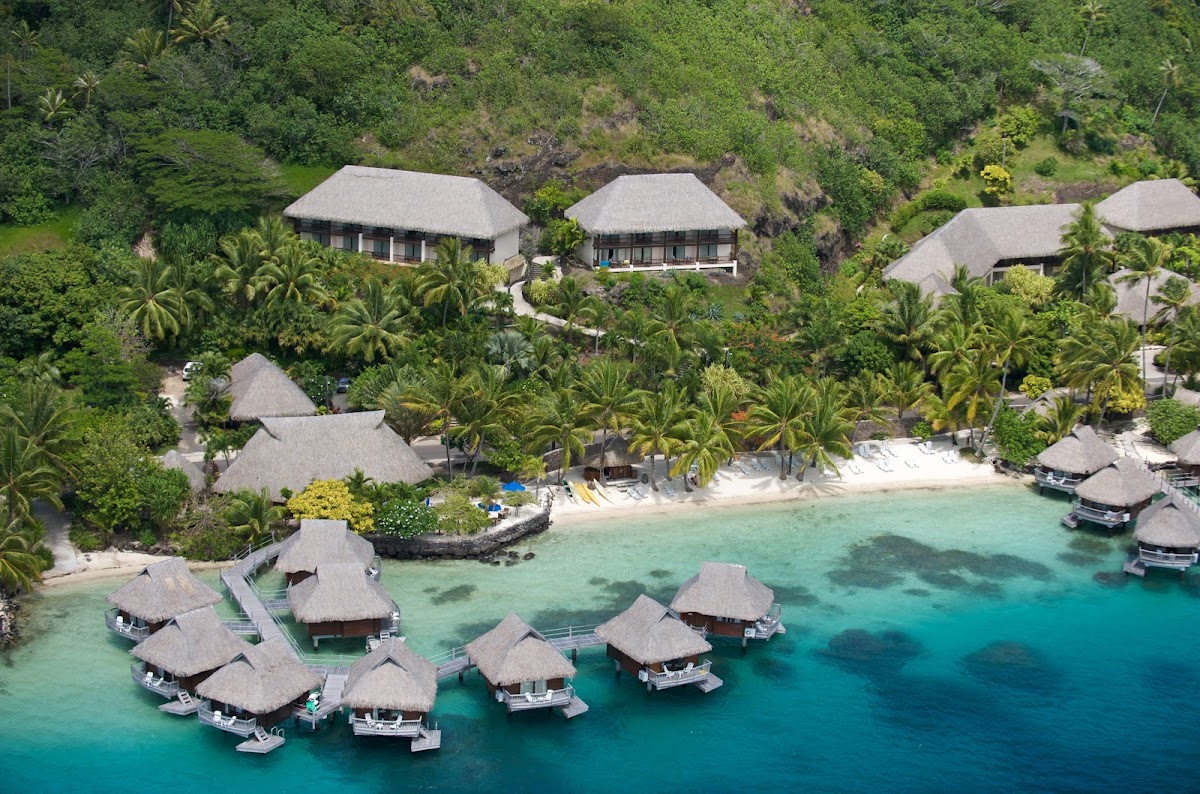 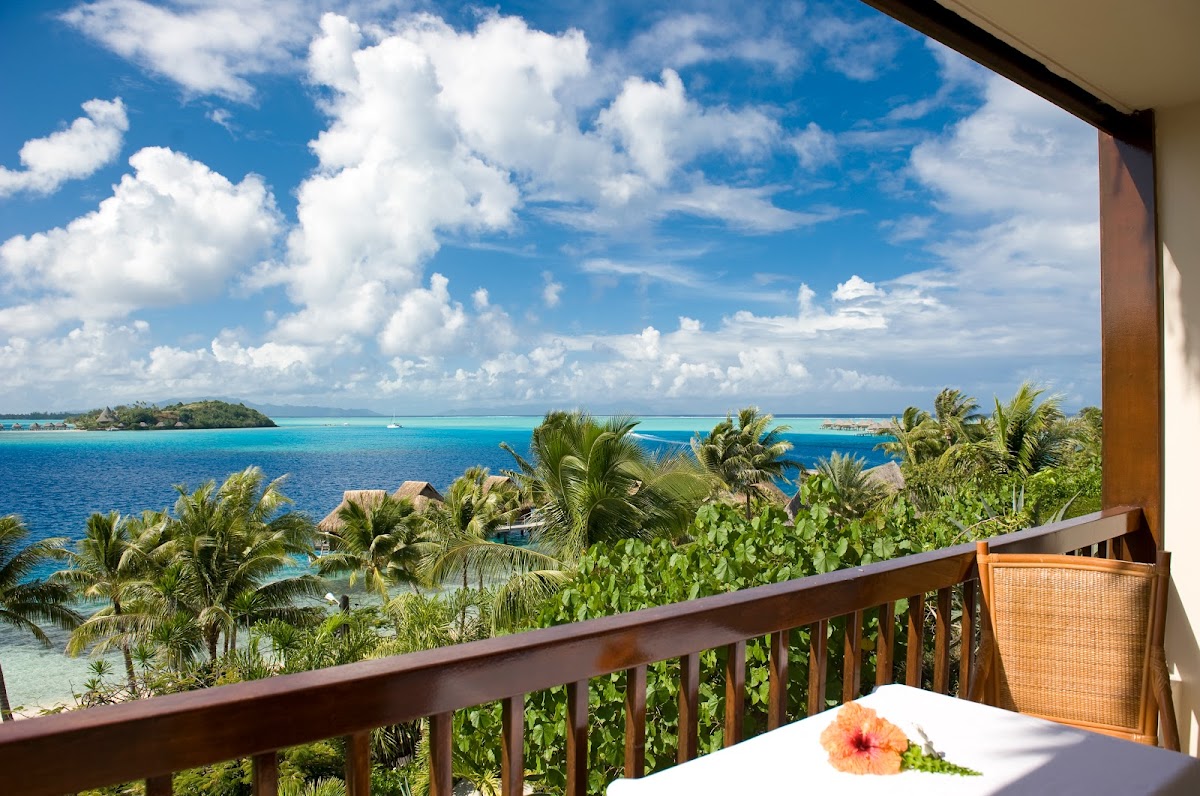 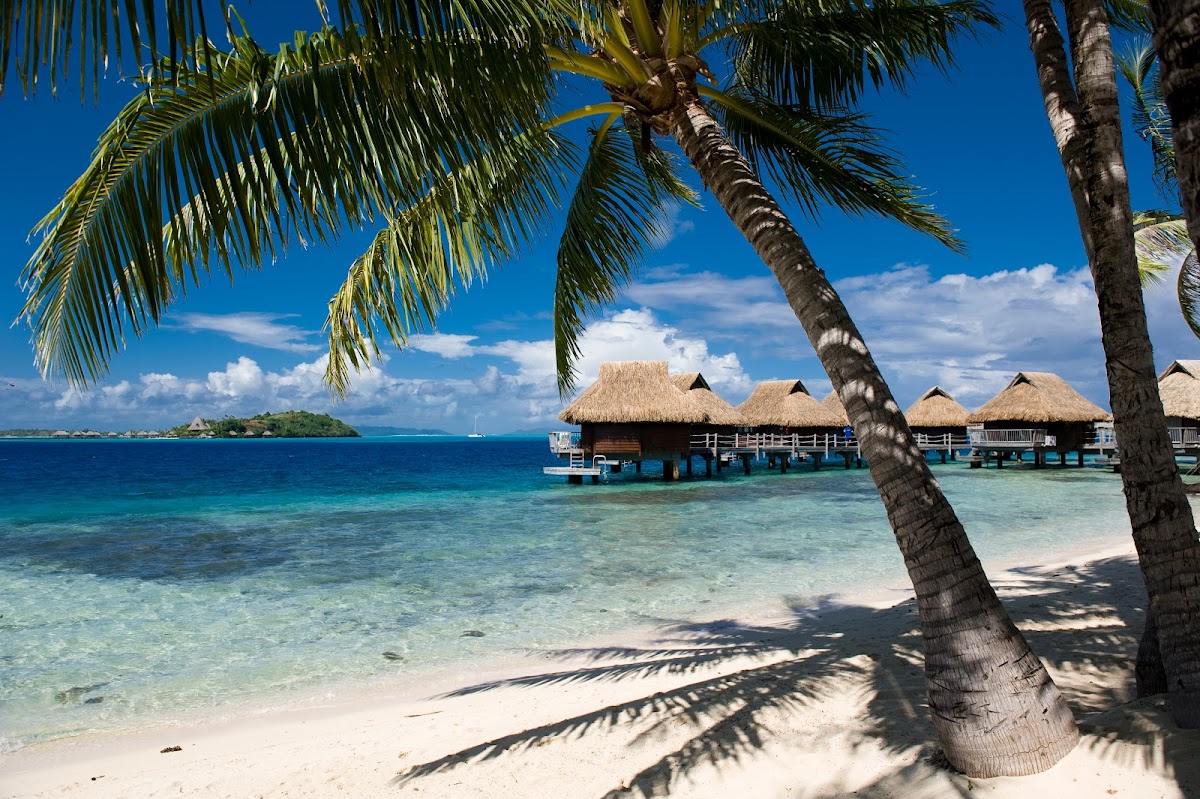 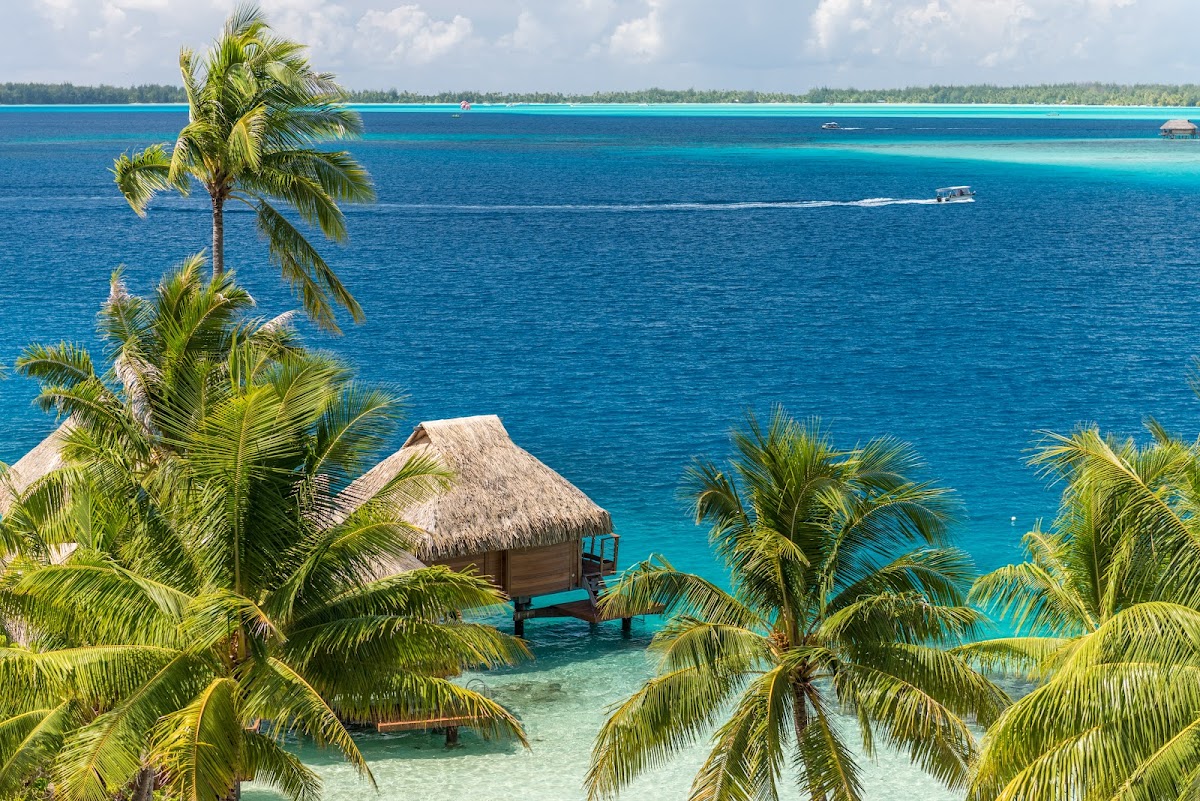 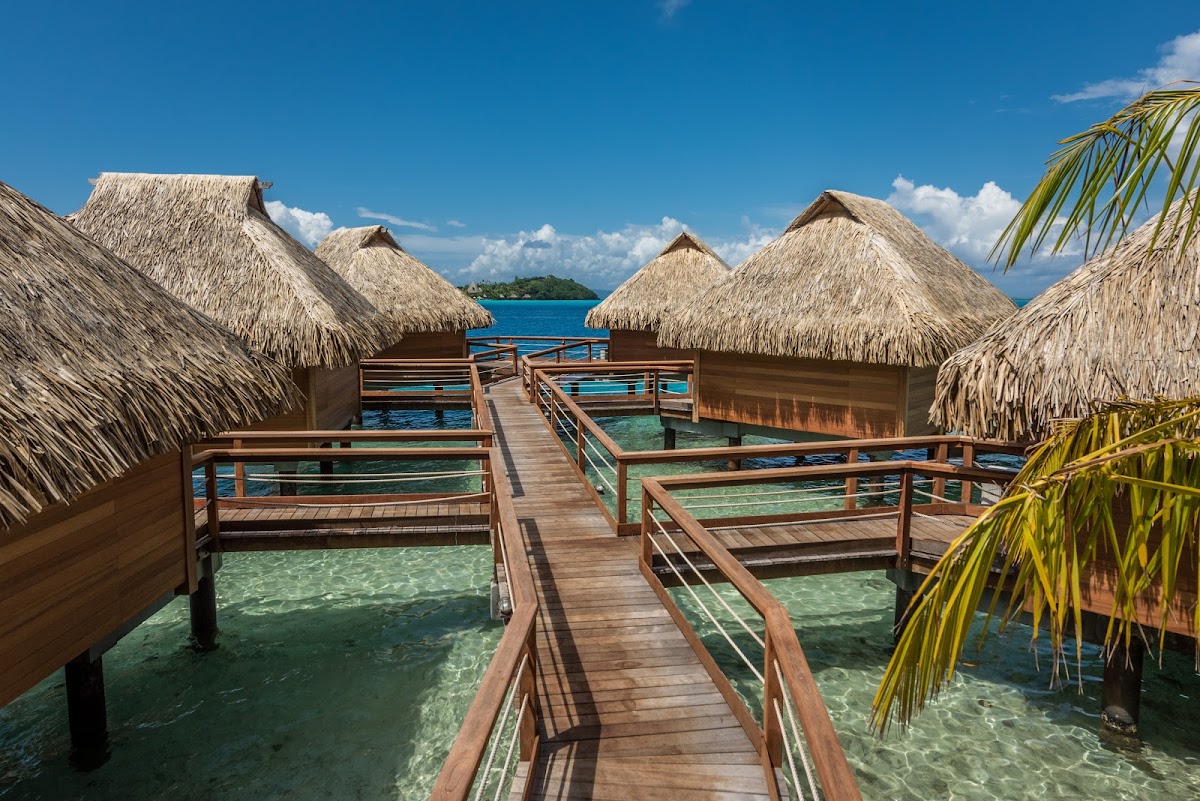 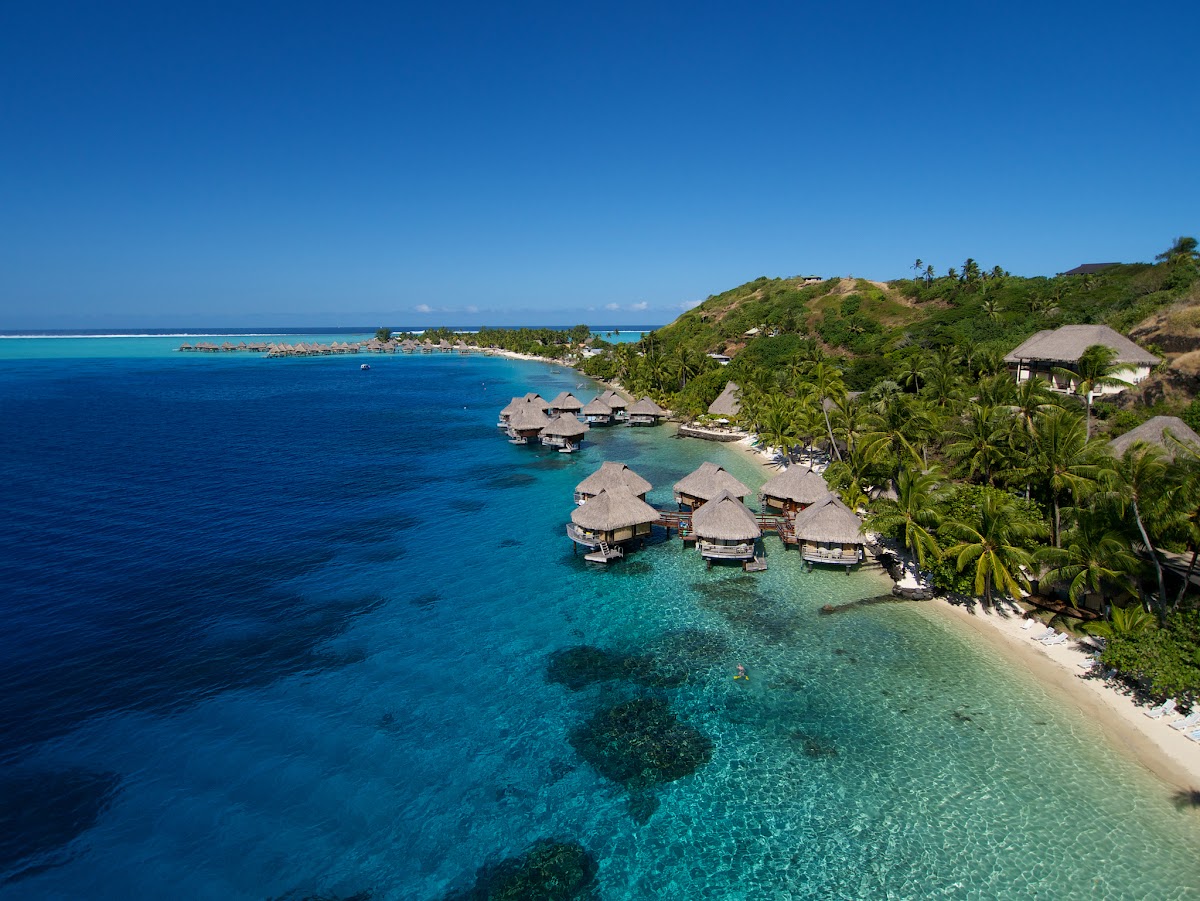 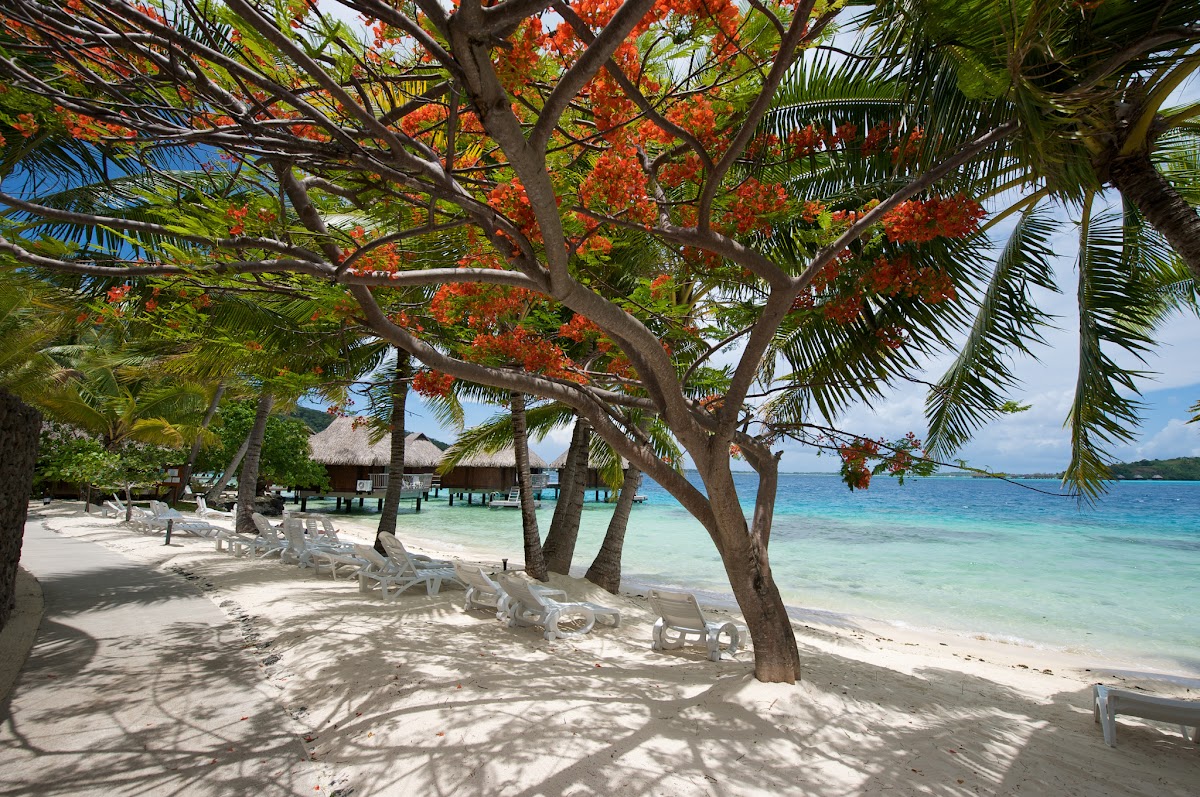 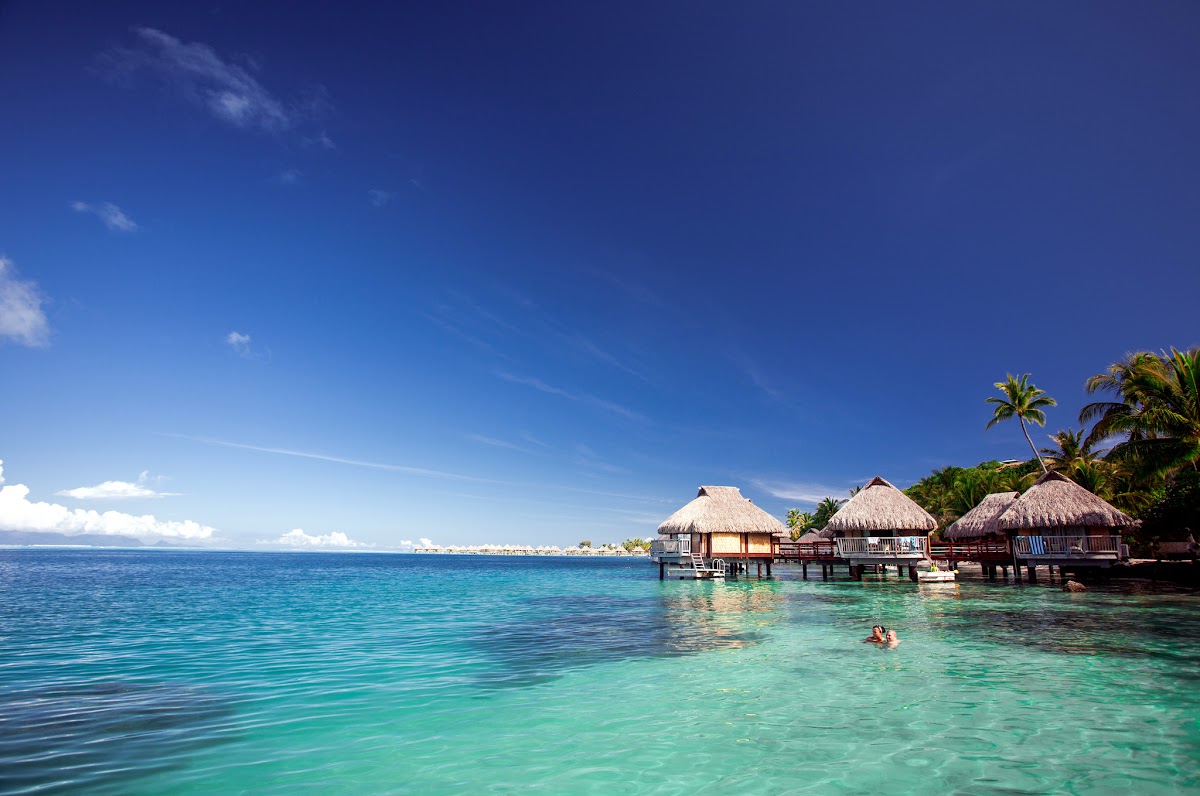 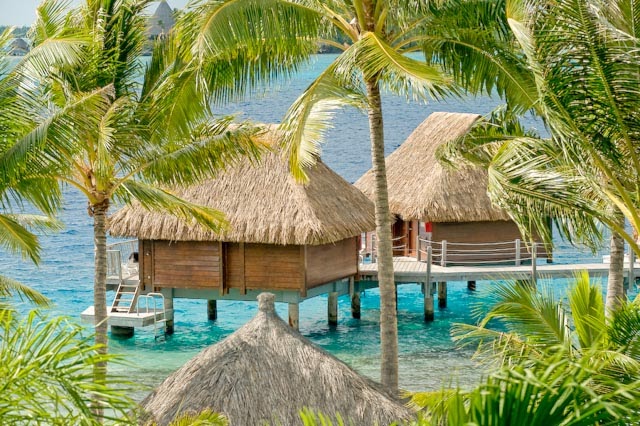 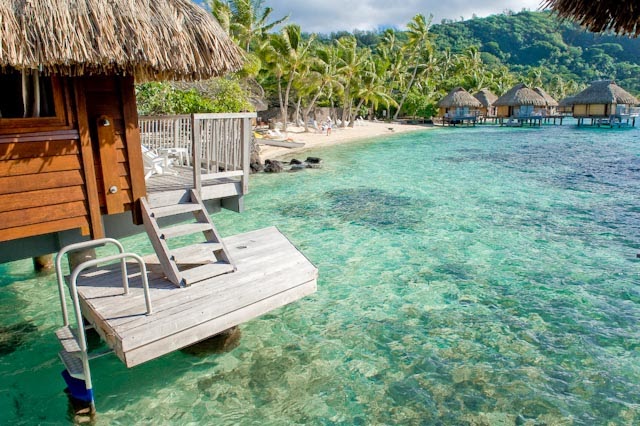 Maitai Polynesia Bora Bora is set in lush tropical gardens beside Matira Beach, where guests can enjoy beautiful coastal views from this tranquil and serene island. The resort’s coastal location offers guests the chance to immerse themselves in the amazing natural landscape of Bora Bora, taking in the still turquoise waters of the lagoon and the formidable twin peaks of the island’s volcanoes.

Maitai Polynesia Bora Bora offers guests a selection of comfortable rooms with ocean, garden and even underwater views, as well as two fine restaurants, two relaxing bars and an excellent gift shop. Guests can enjoy a range of exciting activities such as snorkelling, water sports and fishing, or just enjoy exploring the island in this peaceful and romantic setting.

Maitai Polynesia Bora Bora rests perched on the Southern tip of Bora Bora Island, overlooking the beautiful white sands and main coral reef. Guests can enjoy a range of watersports at Matira Beach, including kayaking, canoeing and snorkelling, as well as venture to the stunning lagoon and admire the turquoise waters.

Located approximately an hour’s flight away from the islands of Tahiti and Moorea, Guests can reach Maitai Polynesia Bora Bora by taking a shuttle boat to Vaitape and then a bus from Vaitape to the hotel which takes approximately 40 minutes in total. Guests wishing to visit Hotel InterContinental Thalasso Spa can take a shuttle boat from the resort to Hotel InterContinental Le Moana to enjoy a soothing treatment or massage.

Bora Bora was originally populated by Polynesian voyagers around the 9th century. The island was later invaded by France in 1888, becoming French Polynesia in the 1950s. Sadly, during this time, many cultural sculptures and temples were destroyed and traditional dances and tattoos were banned by European authorities. However, thanks to a cultural revival, these traditional arts have been rediscovered and guests can enjoy watching authentic Tahitian dances that represent Polynesian culture.

The island of Bora Bora is guarded by a huge barrier reef, which is a haven for a diverse array of incredible marine life including fish, shellfish, stingrays, turtles, starfish, lemon sharks, black-tipped reef sharks and many more; and travellers can look forward to amazing underwater activities and viewing these magnificent creatures. The coast of Bora Bora features a 32km long road, enabling travellers to explore the entire island while enjoying ocean views.

The seasons in Bora Bora can be divided into two, a warm summer with frequent showers, and a cooler and drier winter. Located in the Southern Hemisphere, Bora Bora’s warmest months are December to March, and the coolest months span from June until October. However, Bora Bora’s climate is pleasant throughout the year, with a subtle shift in temperatures from day to night.

The Overwater Bungalows at Maitai Polynesia Bora Bora can cater for up to three guests and offer incredible views over the lagoon. Each of the overwater bungalows features a large bedroom with a sprawling double bed and decorated with local flowers. The living space includes a glass coffee table with views of the lagoon below, offering a window to the tropical fish, rays and amazing marine creatures that thrive in the crystal waters.

The traditional Tahitian bungalows also feature a private balcony, giving visitors direct access to the lagoon. Start your morning with a cup of coffee over the lagoon, watching fascinating sea life swim beneath you. The bungalows also feature air conditioning to maintain a comfortable climate, and a sofa bed for a third guest to sleep on. The en-suite bathroom is spacious with a separate shower and complimentary toiletries.

The spacious Beach Bungalows are built from natural materials, allowing them to blend in with the greenery behind them. Located directly on the beach, guests can enjoy unrivalled sea and lagoon views in this tranquil and romantic setting. The bedrooms consist of a huge double bed, covered in soft linen and decorated with beautiful local flowers.

A writing desk and tea and coffee station are provided, along with a sofa bed for a third guest, and sliding glass doors that lead to your private verandah with seating that overlooks the coast. The large en-suite bathroom includes a refreshing shower and complimentary toiletries. A separate toilet is also included. Enjoy a refreshing beverage from your room’s minibar and gaze across the pristine ivory sands and ocean waves.

Both the Ocean and Garden View Rooms feature a comfortable Italian-themed bedroom with a choice of a double or twin configuration, decorated with beautiful fresh flowers. The garden rooms are scattered amongst the tranquil and verdant tropical gardens, where the exotic plants offer privacy and a peaceful setting on the mountainside, whereas the ocean rooms offer elevated views of the lagoon and sweeping coastline.

Some of the rooms also include a sofa bed which can sleep a third guest, and baby cots can be supplied free of charge. Refreshing drinks in the room’s minibar and air-conditioning are provided to help keep guests comfortable in the warm weather, and the en-suite bathrooms are spacious and modern.

The Haere Mai Restaurant offers guests a delicious array of French and Polynesian cuisine, freshly prepared by the expert chefs. Haere Mai, which means ‘come here’ in Tahitian, offers a friendly and romantic atmosphere for guests to relax and savour mouth-watering dishes beside the waterfront. One night a week, the restaurant offers a Polynesian Night, where guests can immerse themselves in the heritage of the islands with a cultural show and indulge in traditional meals. The restaurant serves delicious meals throughout the day and a children’s menu is also available.

The Tama’a Maitai is a pleasant restaurant located directly on the beach and built from natural materials in the traditional Polynesian style. Guests can enjoy a light lunch, snacks or delicious dinner with the sound of the waves and sweeping views of the ocean and island. Savour international and Polynesian themed meals paired with a fancy cocktail or fine wine from the beach bar.

The Manuia Bar is a friendly and relaxed place where guests can enjoy a delicious cocktail, local beer or glass of wine in the heart of the resort’s tropical garden. Enjoy conversing with your fellow guests with gentle music playing in the background and the sounds of the birds in the surrounding greenery. The Manuia Bar opens from 5:30 in the afternoon until 10pm.

Guests can embark on a tour of Bora Bora, exploring the island on a half or full-day excursion. Enjoy a delicious picnic at lunchtime and get up close to sharks and rays with a watching and feeding experience. Watch these amazing marine creatures in their natural habitat, before wandering across the rest of the island where you can see the volcanic peaks, amazing tropical plants and learn about the history of the island from the first Polynesia voyagers arriving in the 9th century, to how it became an inspiration for many artists and writers.

Take a trip to the Lagoonarium, a natural aquarium where marine life is bordered in by a lagoon. Guests can go snorkelling and swim amongst the amazing creatures that fill this protected habitat under the supervision of wildlife guides. View the coral nursery which provides a haven for the fish and crustaceans that can hide amongst the colourful coral.

Explore the mysterious underwater world with a scuba diving activity where guests can immerse themselves in the colourful sanctuary of Bora Bora’s barrier reef, swimming alongside amazing marine creatures including whitetip, hammerhead and grey sharks. Bora Bora is home to a number of dive schools with friendly staff that can cater for guests with varying levels of experience. Guests can choose to dive in the lagoon or in the ocean depending on their skill level and personal preference. The unique geography of the island will leave guests with an unforgettable experience and amazing sights.

Guests can enjoy a number of fishing excursions including lagoon, coastal and deep-sea fishing. Reel in amazing fish species such as the blue marlin, mahi-mahi, yellowfin tuna and barracuda with the stunning backdrop of the gorgeous white beaches and sapphire waves. Guests can also arrange boat charters and enjoy a tranquil afternoon on a gently rocking boat while waiting for fish to bite.

Relax with a soothing massage or beauty treatment at the InterContinental Bora Bora Resort & Thalasso Spa. Guests can take a shuttle boat from Maitai Polynesia Bora Bora to the resort where they will receive a rejuvenating and restoring spa experience that will cleanse your body and mind and leave you feeling re-centred and rested.

Maitai Polynesia Bora Bora has been awarded the Earth Check Platinum Award for its commitment to the environment and the surrounding area in which they operate. Earth Check helps ‘businesses, communities and governments to deliver clean, safe, prosperous and healthy destinations for travellers to visit, live, work and play.’ Earth Check is also conscious of other customs and heritages, valuing the respect of Aboriginal and indigenous cultures.

Children of all ages are welcome at Maitai Polynesia Bora Bora 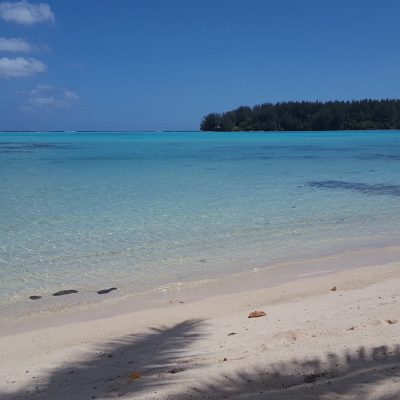 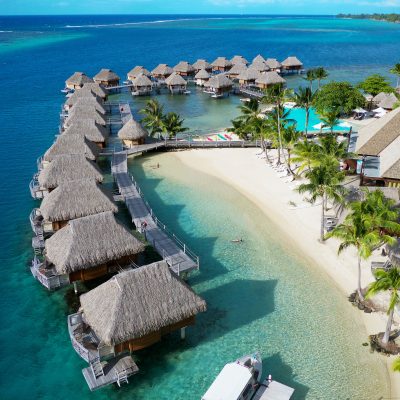