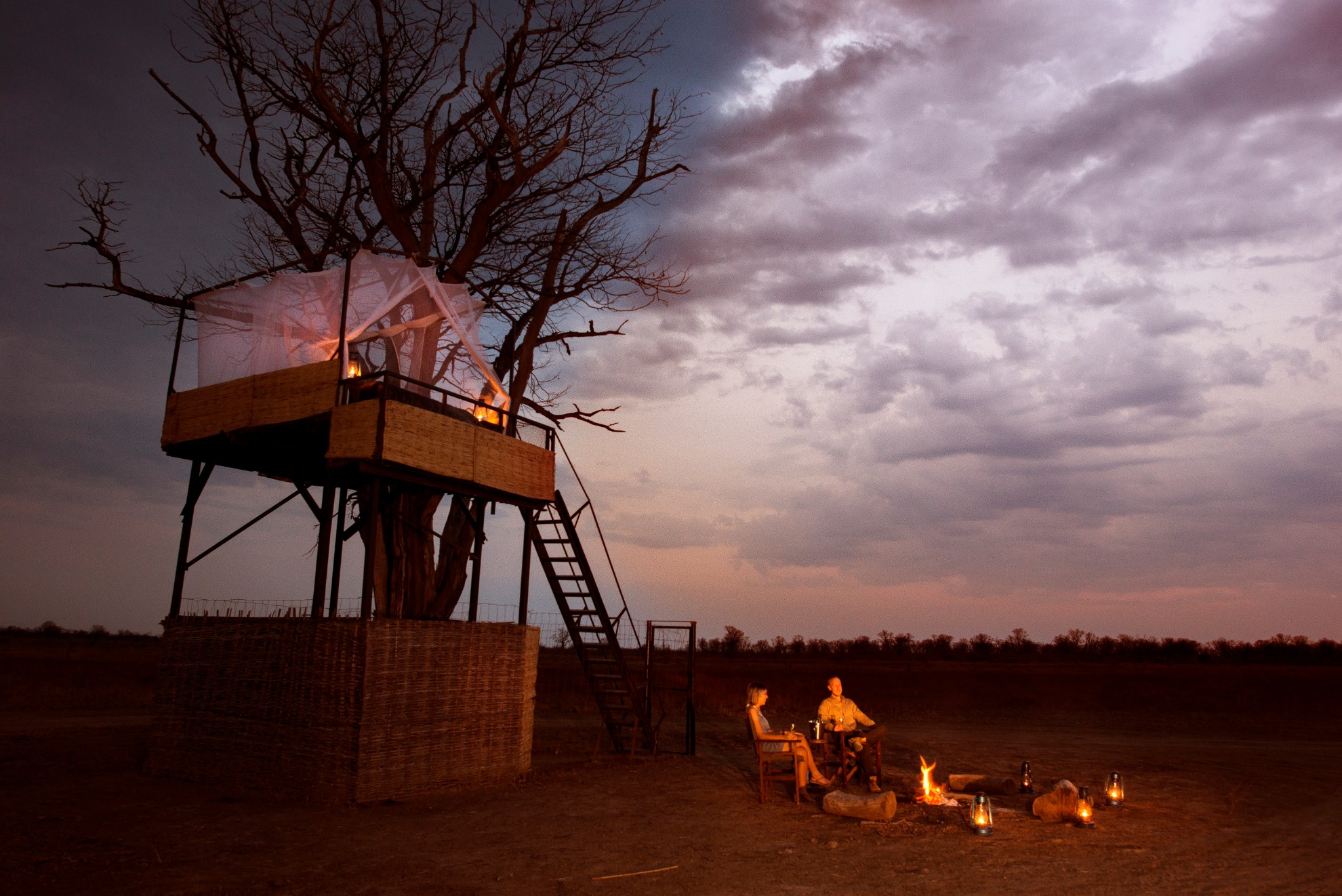 Set on the banks of the Mwamba River, a tributary of the Luangwa, the camp, sited under huge evergreen ebony trees, enjoys shady views of perennial water-holes, both of which have hides perched over them for fantastic photographic opportunities or simply quiet times viewing the animals. Mwamba Bush Camp takes only 8 guests in 4 reed and thatch chalets, uniquely designed with two soaring skylights (protected by mosquito gauze) set into the roof allowing you to experience sleeping under the stars. The nights at Mwamba are filled with wildlife action. Bats and owls (Pearl spotted and Scops in particular) set up the background sounds together with whirring cicadas. Puku and Impala alarm calls are often followed by the grunt of a leopard or whoop of a hyena as they pass through camp. Elephants are never far away and are especially fond of the tamarind and ebony fruit within the camp. There are two resident hippo in the waterholes that graze on the river bank at night, completing the picture. The game around Mwamba is excellent; large herds of buffalo, zebra, eland and in particular Cookson’s wildebeest (one of the last herds in the SLNP are found on the plains and in the Mopane/Crocodile bark woodlands close to camp). They are followed by the “Mwamba” lion pride.