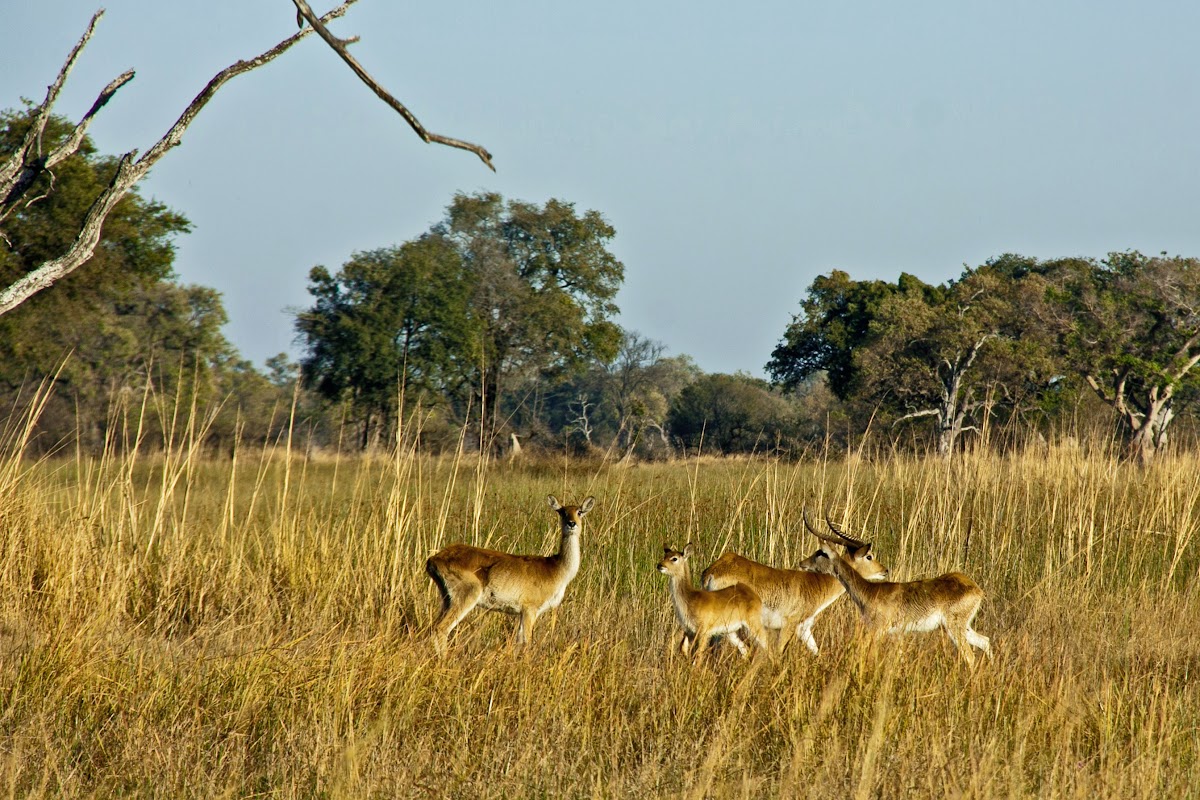 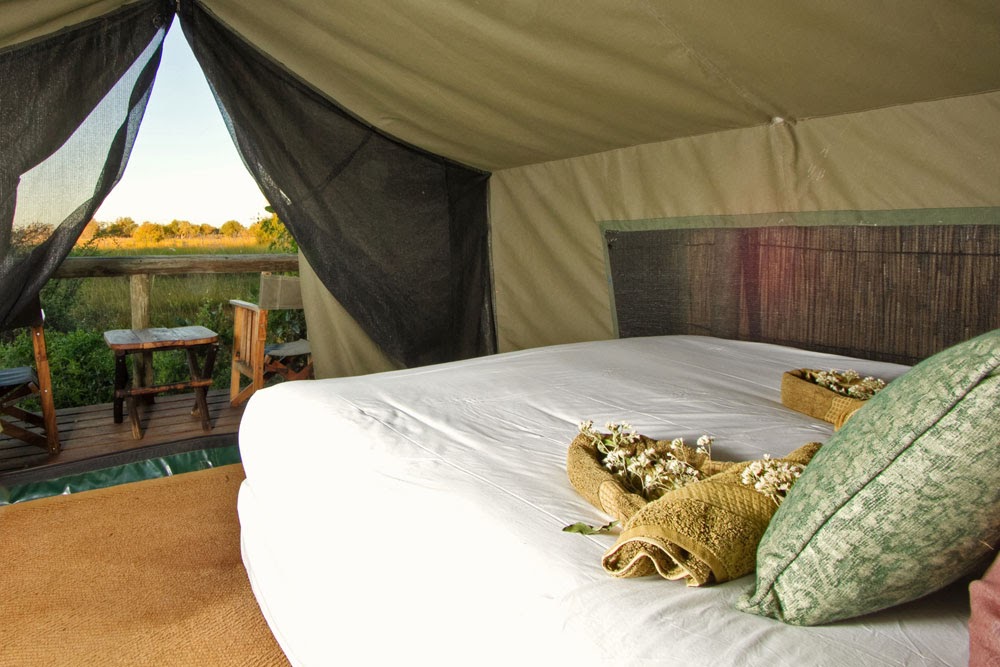 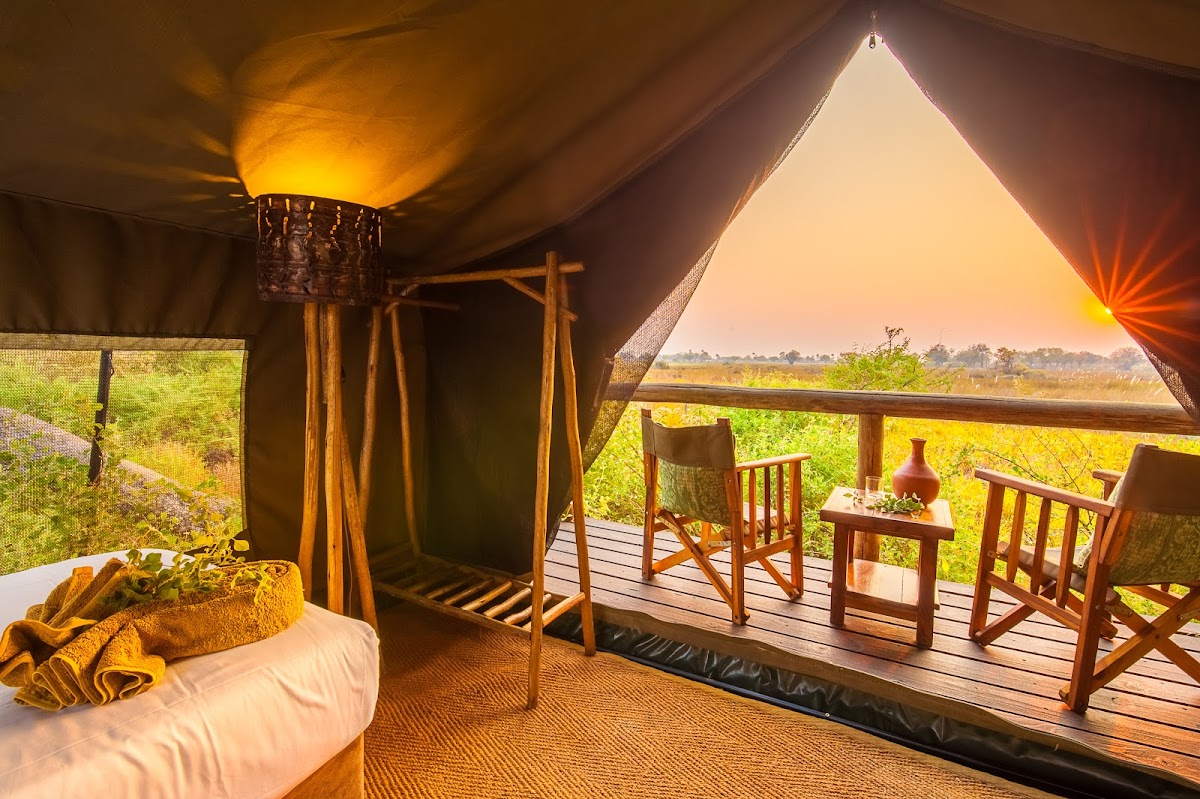 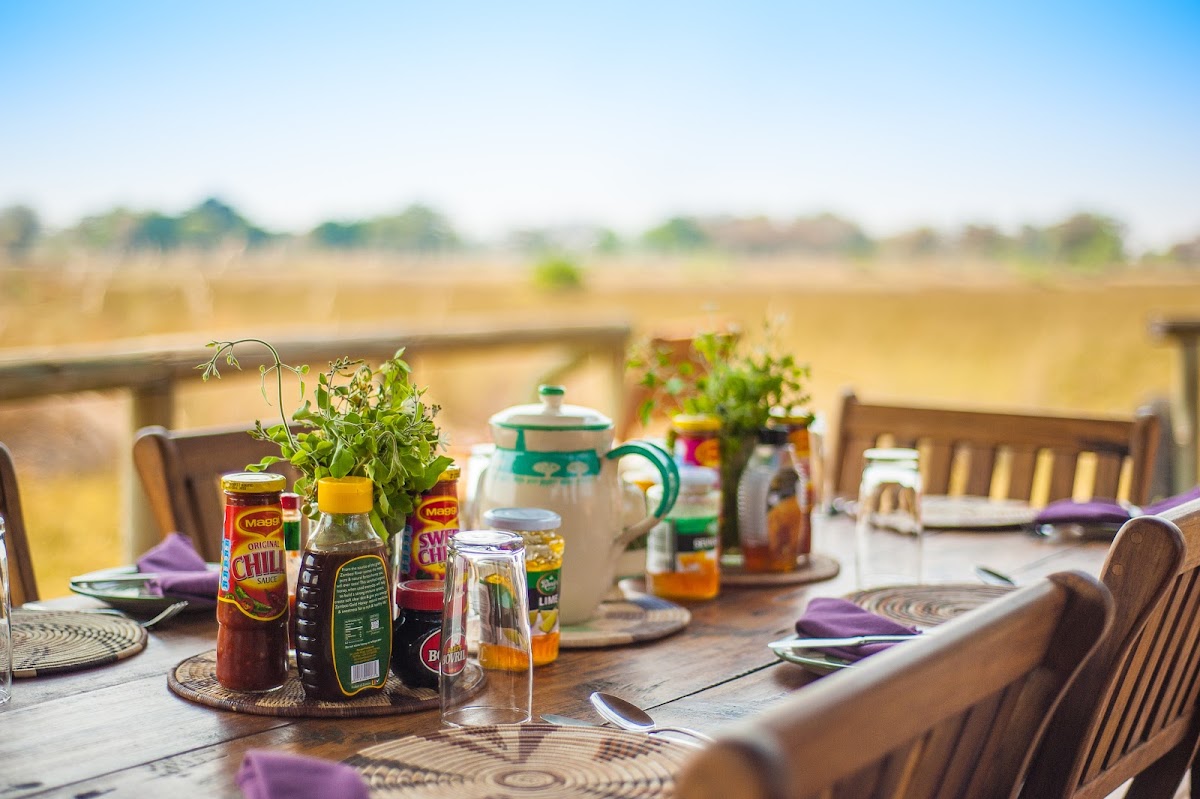 Oddballs’ Enclave is a small, secluded off-shoot of one of the Okavango’s most revered travel destination, set on the same beautiful island and with spectacular views over the floodplains and old-growth forest of the islands fringe. With just five elevated ‘mini-meru’ walk-in tents, with a preference of double or dethatched beds, Enclave is the perfect venue for small groups, families, and those seeking an intimate atmosphere in which to luxuriate in one of the world’s most beautiful settings. The Enclave is on a small island just off the south-western edge of Chief’s Island, deep in the heart of the Okavango, and bordering Moremi Game Reserve.

Oddballs’ Enclave is accessed via light aircraft only and is a 20 minute flight from Maun, or a 50 minute flight from Kasane. It is 15-30 minutes from most other camps in the area. Oddballs’ Camp is situated within the boundaries of the Moremi Game Reserve – recognised by UNESCO as a world heritage site and protected under international treaty, and as a result of this, is home to some of the largest thriving game populations and undisturbed natural landscapes in all of Africa.

Oddballs’ Camp was first established in 1987 when Peter Sandenbergh – owner of the neighbouring Delta Camp and pioneer of the Botswanan safari industry, approached one Lance Cherry and commissioned him with building a campsite on the other side of Chief’s Island, opposite from Delta Camp. As the two become closely acquainted, Peter began referring to Lance by the nickname Oddball, and shortly thereafter, in a humours and light-hearted gesture decided to name the campsite after him, resulting in Oddballs’ Camp today.

Oddball’s Enclave is a small, intimate bush camp located southwest of Chief’s Island, deep within the heart of the Okavango. Originally devised as a sister camp to the infamous and closely situated Oddballs’ Camp, Enclave offers a high quality, value-for-money safari experience, appropriately suited for family and friends alike.

Oddballs’ (Enclave and parent camp) offers no motorised activities. Each guide has his own mokoro – a traditional style African dug-out canoe, in which he’ll take you gliding through the Okavango to nearby islands, where he’ll walk you through spectacular scenery to view game, birds, insects, medicinal plants, signs, tracks, and other fascinating natural phenomena.

Oddballs’ Enclave can accommodate a maximum of 10 guests, in five twin or double bedded mini-Meru tents, making it a classic and intimate camp. These tents are on elevated wooden decks, each with a semi-detached private bathroom with hot and cold running water and alfresco bucket shower – for the authentic bush experience.

If you desire a succulent and fulfilling dining experience, you’ve come to the right place. Oddballs’ Enclave serves up an array of delicious, freshly prepared meals throughout the day, catering to all pallets and dietary requirements to ensure a dining experience a cut-above-the-rest. Start your morning with a sumptuous continental breakfast before embarking on the day’s activities. Catering is by no means restricted to indoor dining, so you may wish to enjoy an afternoon lunch alfresco while immersed in heart of nature. Maybe enrich your game view activities with a spontaneous spot of brunch or a picnic in the wild.

If all you desire is a lite bite to eat or snacks throughout the day, then look no further. Whether you’re enjoying the atmosphere in-camp or taking to the wilds of the delta flats, no one goes hungry on an Enclave Safari. Evening dinner provides the opportunity to reflect on a day’s adventure with lavish cuisine and luxury feasts. Enjoy spectacular safari catering as you’ve never experienced before, all-inclusive food and drink as standard.

Enclave bar is accessible via the main walkway on raised decks, providing perfect mid-day shelter to relax with friends while enjoying a range of locally sourced and imported alcoholic and non-alcoholic beverages – as well as providing a hosts of lite snacks and bites to eat throughout the day. All inclusive as standard.

Set out for a neighbouring baYei village with your private guide for a taste of the authentic Botswanan day to day life. Upon arriving at the village, you receive the opportunity to speak with local elders and village children. Take in the sights of the surrounding areas while visiting market stalls, bakeries, churches, and other hallmarks of authentic village life, creating lasting memories every step of the way on this culturally enlightening journey of a lifetime.

Set sail for the marine safari adventure of a lifetime as your private guide – experienced in the art of mokoro excursion, rows you through tranquil delta channels in search of aquatic game, exotic bird species and neighbouring Islands. There are few things more relaxing than calmly drifting through delta waters in a traditional style dug-out canoe, soaking in the atmosphere at the heart of the Okavango.

Avid birders and wildlife enthusiasts alike eagerly flock to Northern Botswana from every corner of the globe for the opportunity to witness the exotic catalogue of native bird species and avian life that migrate inland for mating – between the months of November to March. Be sure to bring a set of binoculars for an intricate view of some of the rarer bird species indigenous to the Moremi game reserve, including white rumped babbler, rosy-throated longclaw and slaty egret (to name only a few).

Oddball’s Enclave is host to a variety of exciting game oriented activities appropriate for adventure seeking families and small groups. Embark for the wilderness on an Okavango expedition of a lifetime. Private and experienced guides will lead you by foot through the expansive delta plains where you will have the opportunity to view all manner of exotic and indigenous game. Don’t forget to bring a camera, so not to miss meandering herds of elephant, prowling lion prides, zebra, giraffe, hippopotamus, buffalo, Nile crocodiles, and the many other exotic creatures as you traverse this wild, breath-taking landscape.

For over three decades, Oddballs’ Camp has formed strong ties between the neighbouring Sedibana village and its inhabitants, actively supporting local development in the area. Many of Oddballs’ Camp’s staff members come from the closely situated Sedibana Village and have been employed by the company for numerous years – some more than two decades, including multiple generations of families who work at the camp. Oddballs’ Camp (Enclave included) generates revenue for the government, and helps to police resources against the depredations of those who seek to tarnish the landscape and the wildlife it inhabits. Through their guiding and camp experience, these locals help to create world-wide awareness and exposure of the resources within the Okavango Delta and greater Moremi Game Reserve.

The energy used at Oddballs’ Enclave is generated via solar panel electricity, and where possible, the water is also heated this way. Additionally, Enclave ensures that large fuel tankers do not cross floodplains and streams, or cut through forests to deliver diesel for their generators, and pride themselves on being a camp without any engines or motors. These staggering initiatives are driven by an unwavering dedication to preserve the natural environment, ensuring as minimal carbon emissions as humanly possible.

As the landscape of the Okavango is becoming more arid as increasing animal conservation projects prove successful, the flourishing elephant population is putting increasing amounts of pressure on the old growth tree species inherent to the land. As a result of this, landscapes are changing dramatically. Oddballs’ Camp has established a tree welfare program and many of the trees have been wrapped with diamond mesh wire to protect them from the elephants. In addition, throughout the year, trees in danger are being coated with a homemade paste that repels elephants and stops them from scarring and eventually killing the trees.