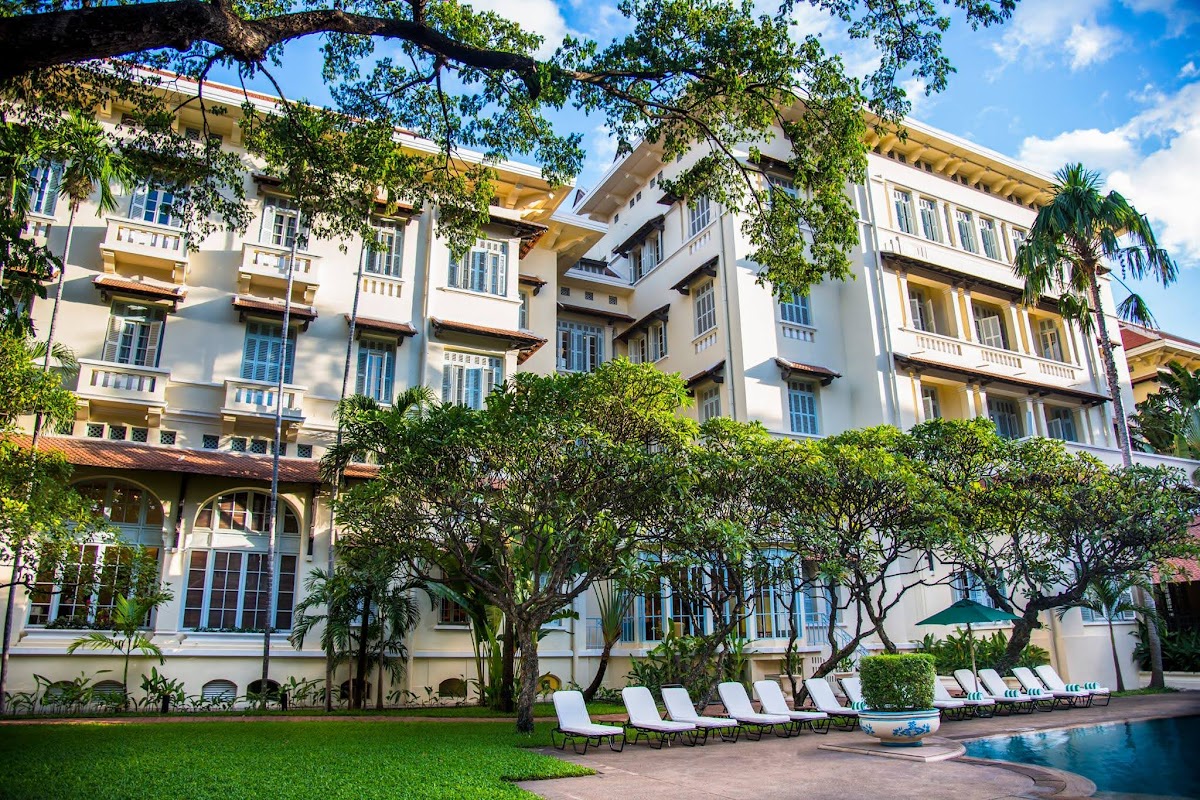 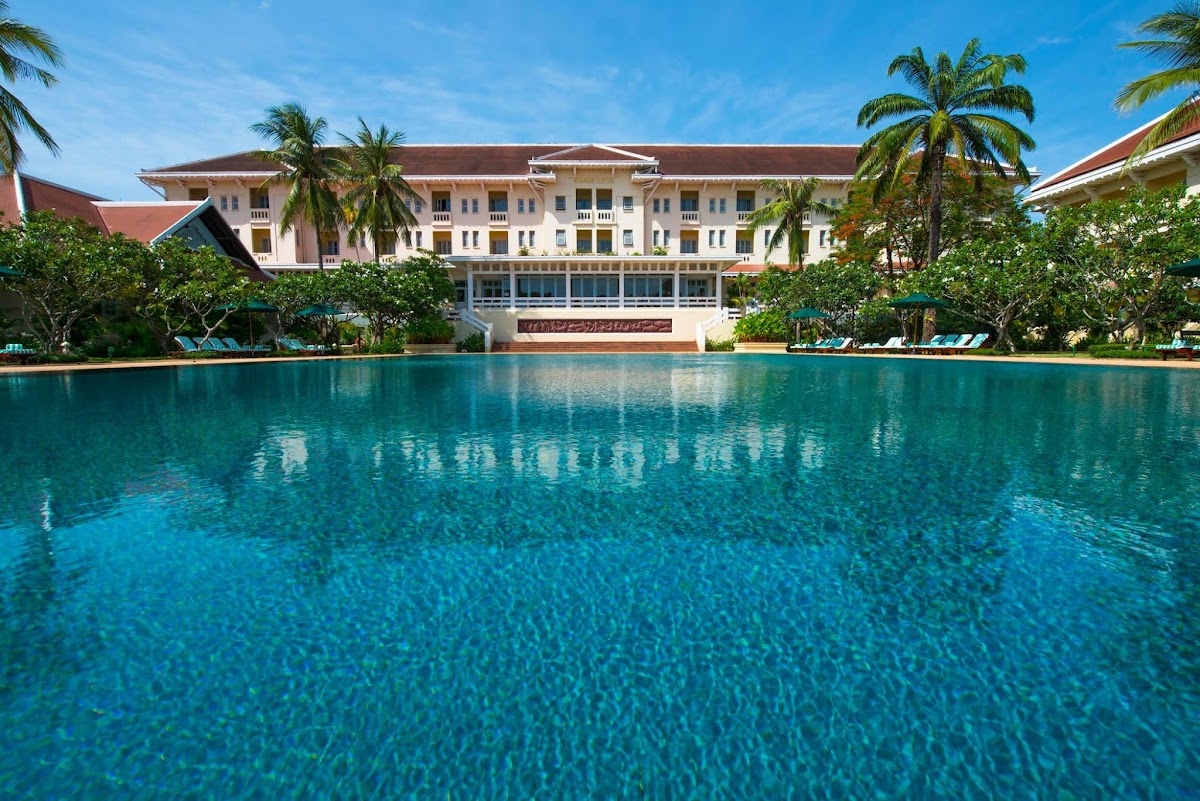 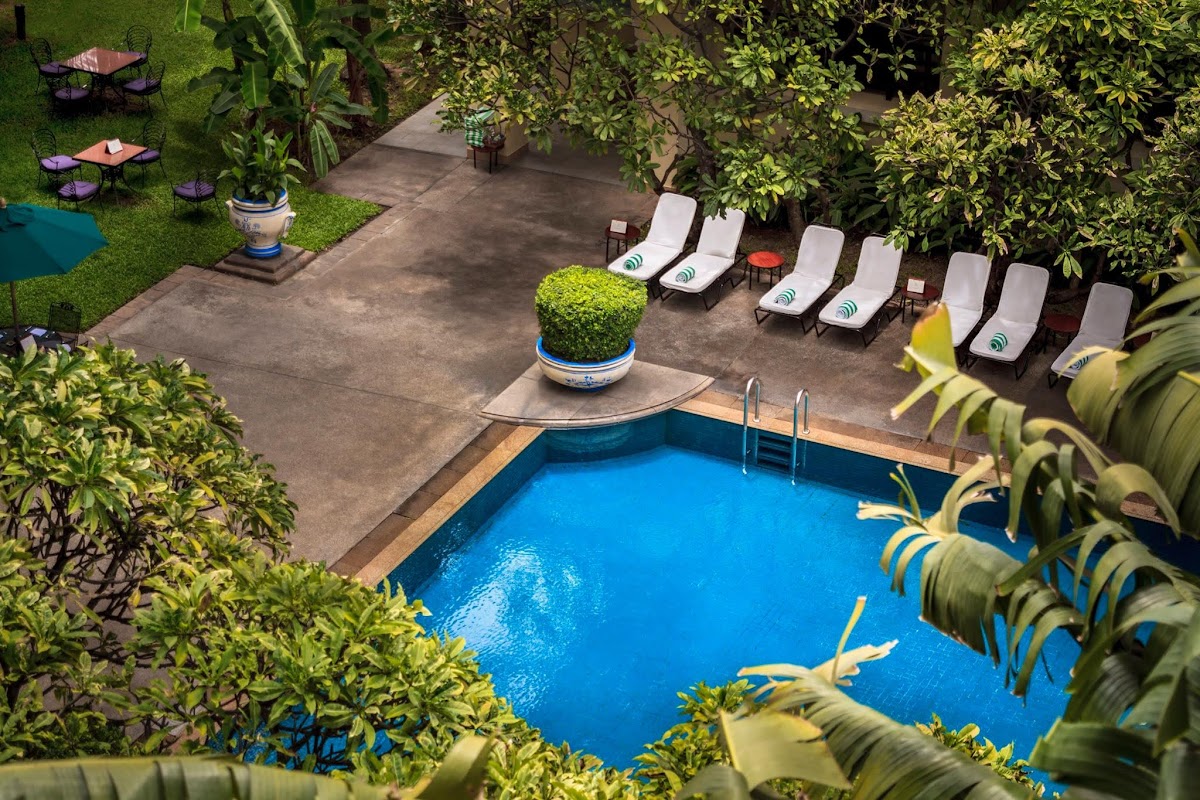 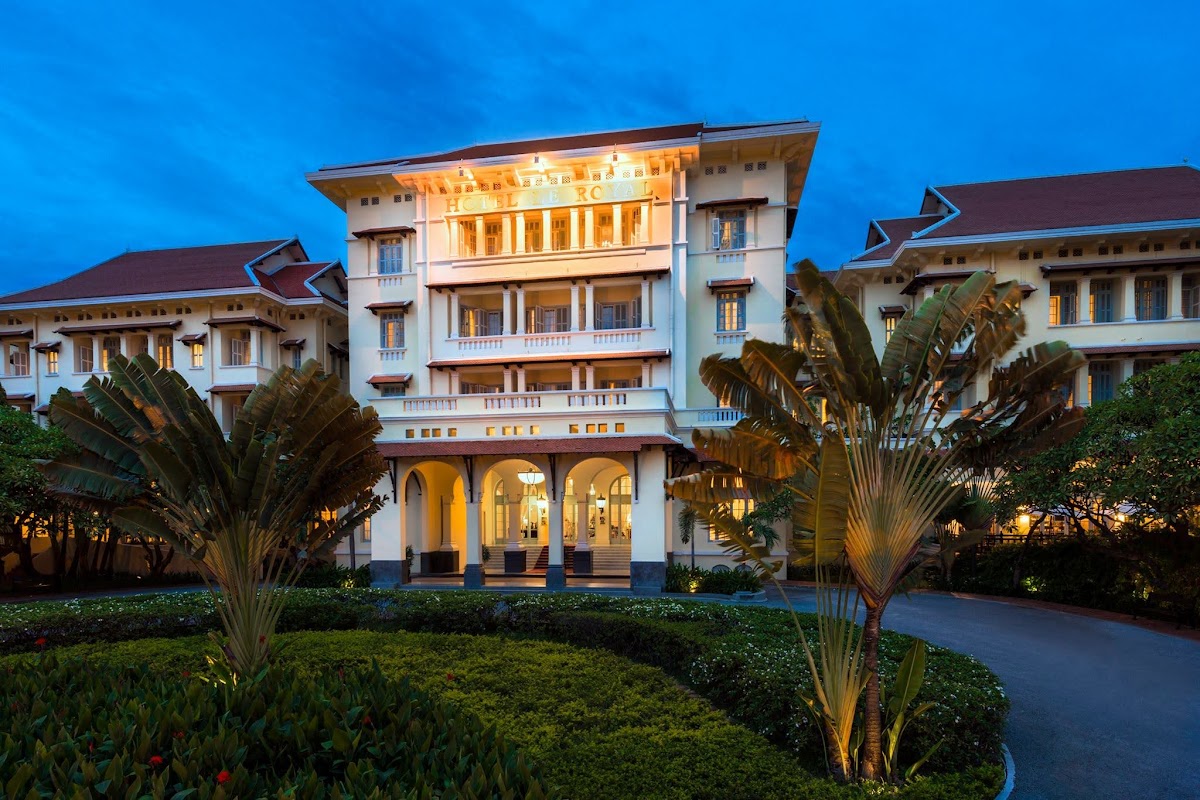 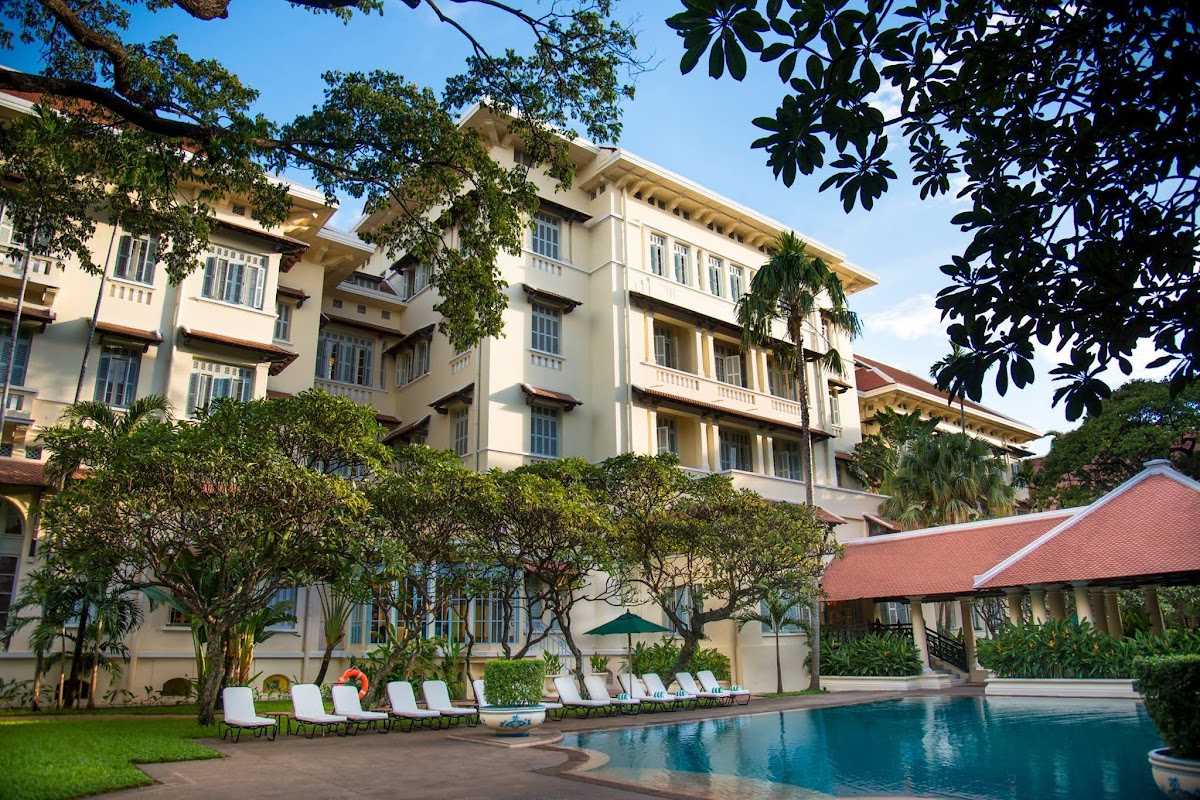 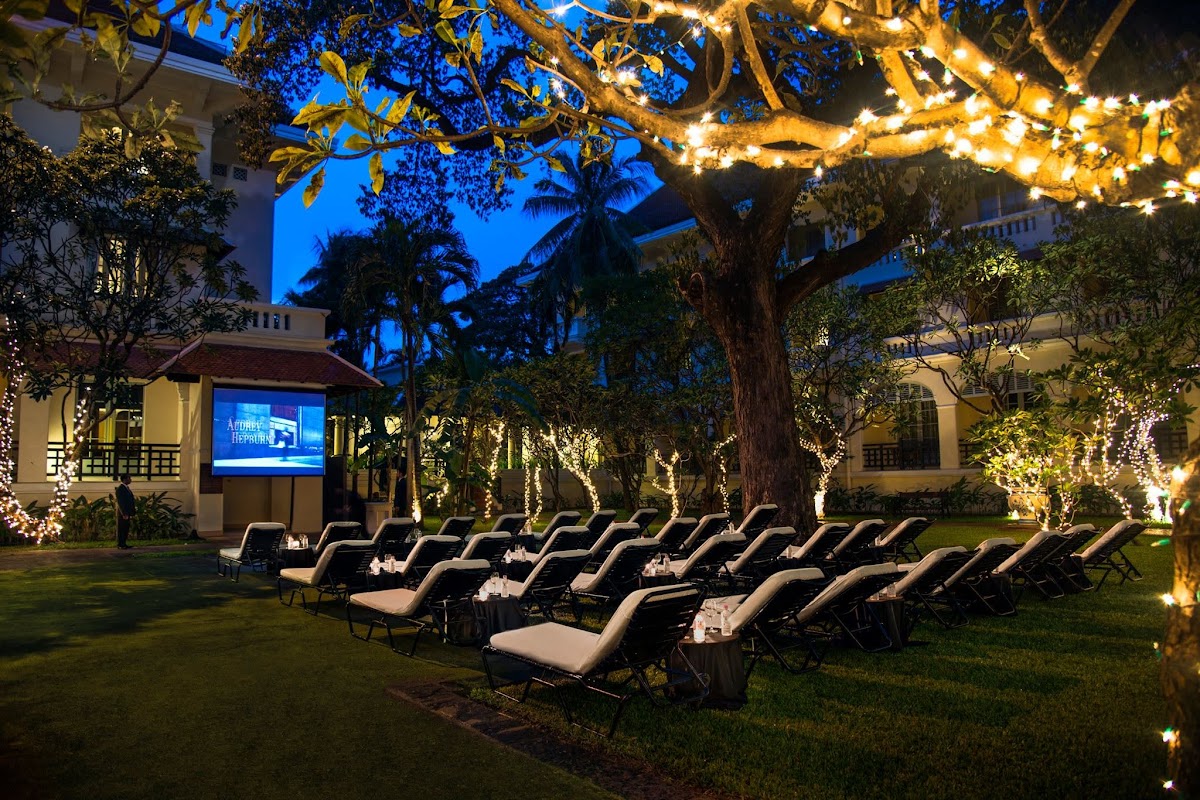 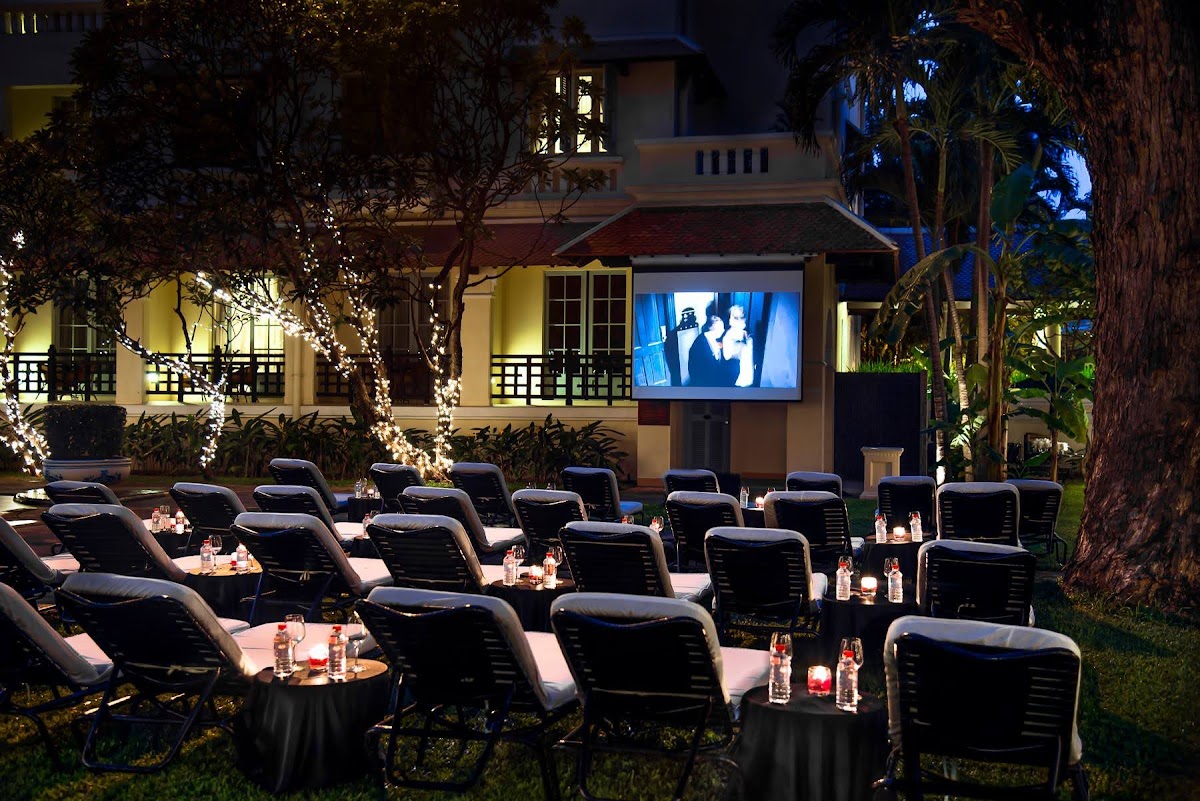 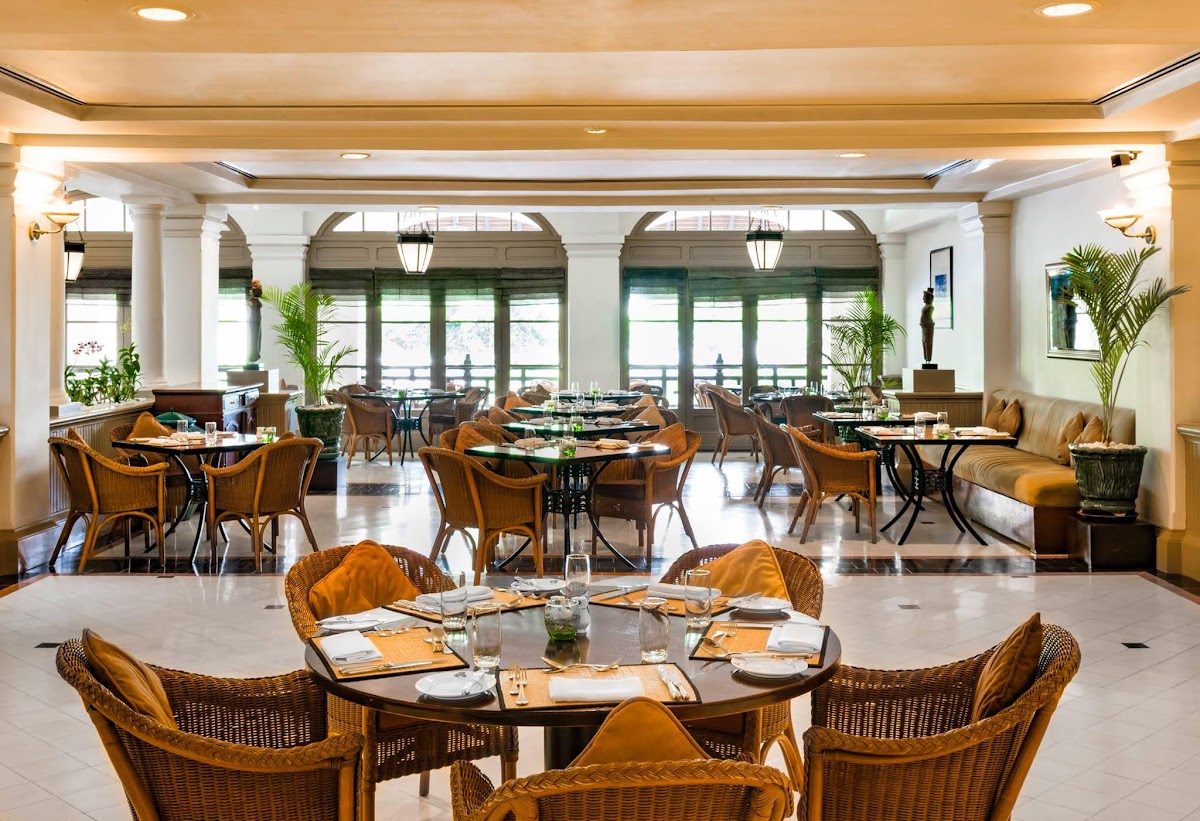 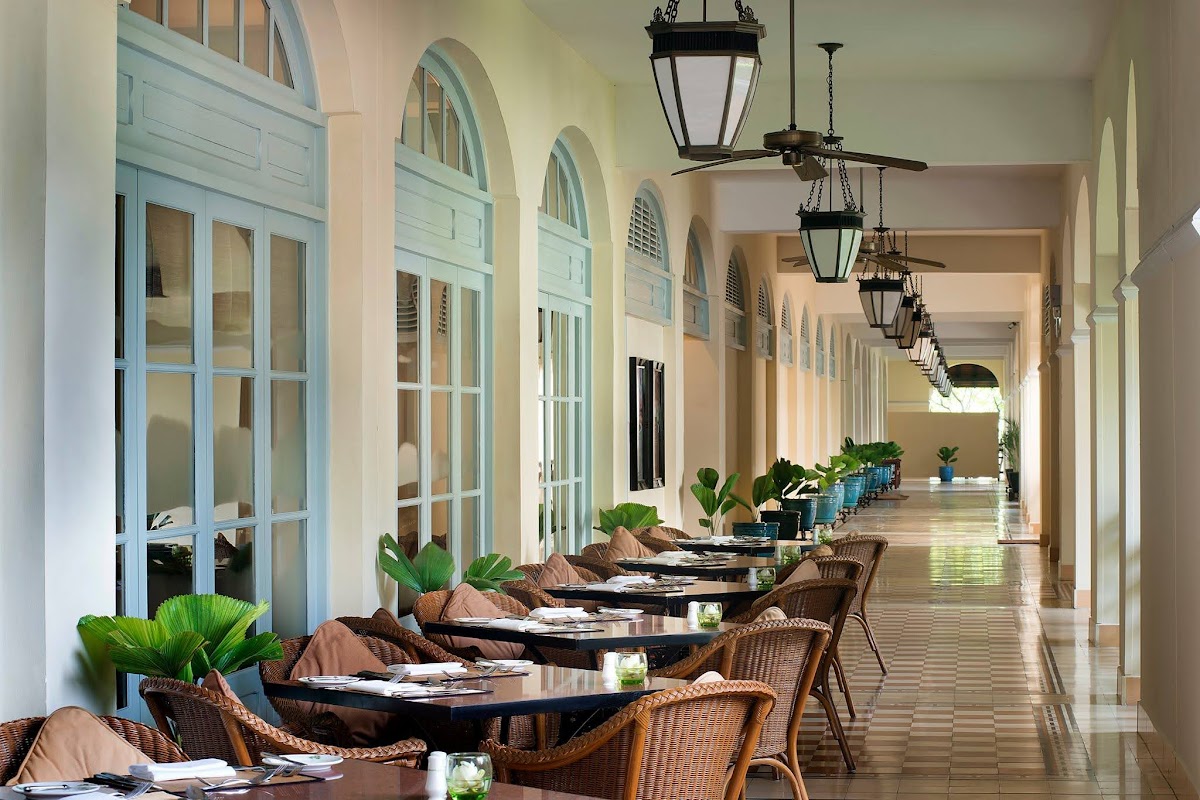 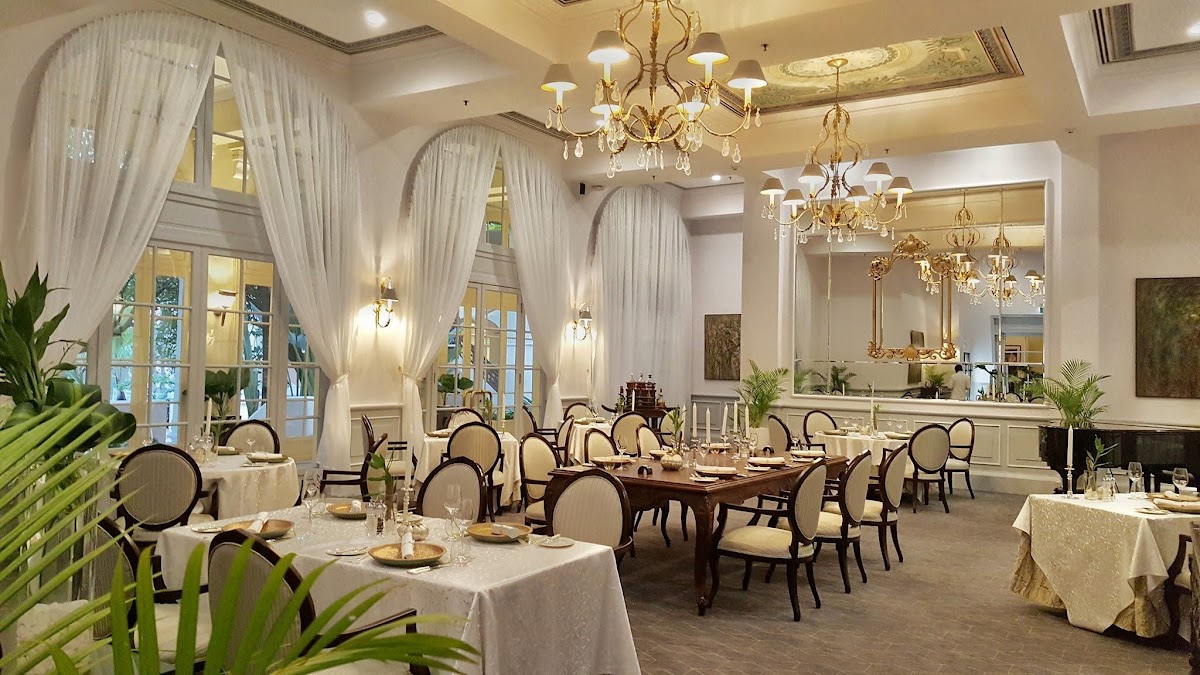 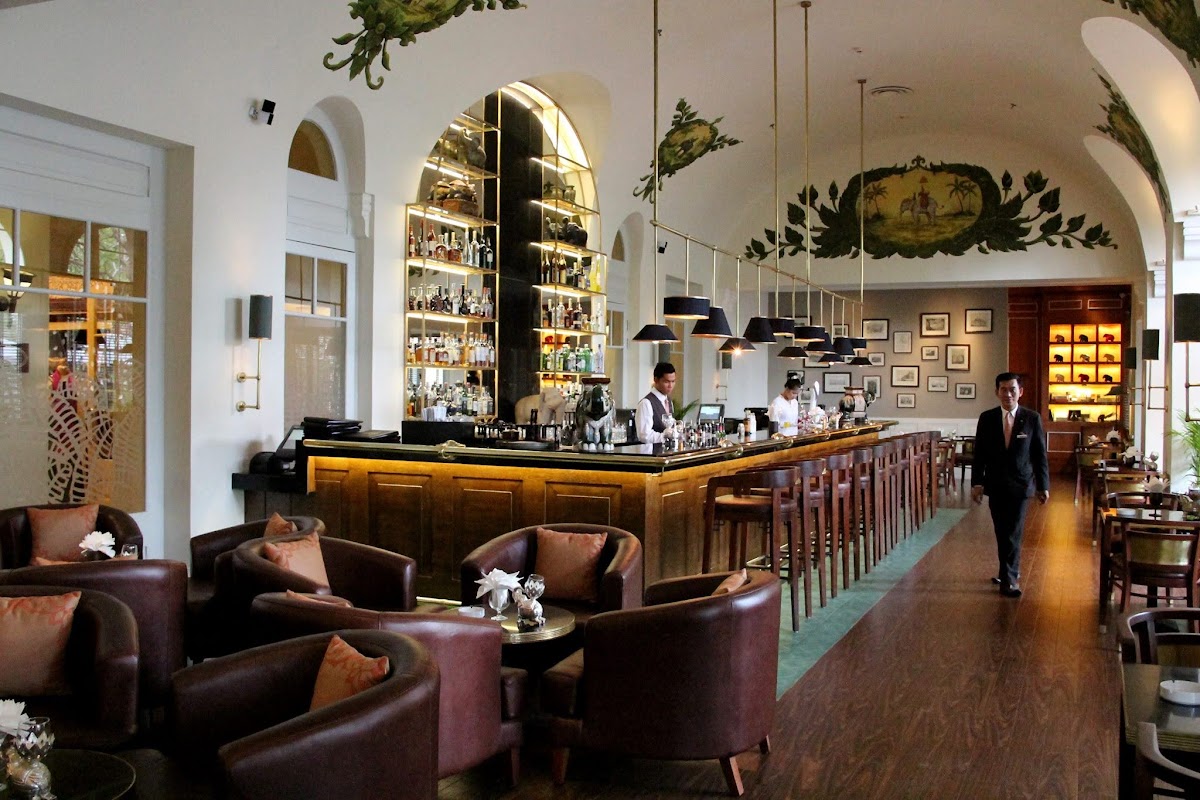 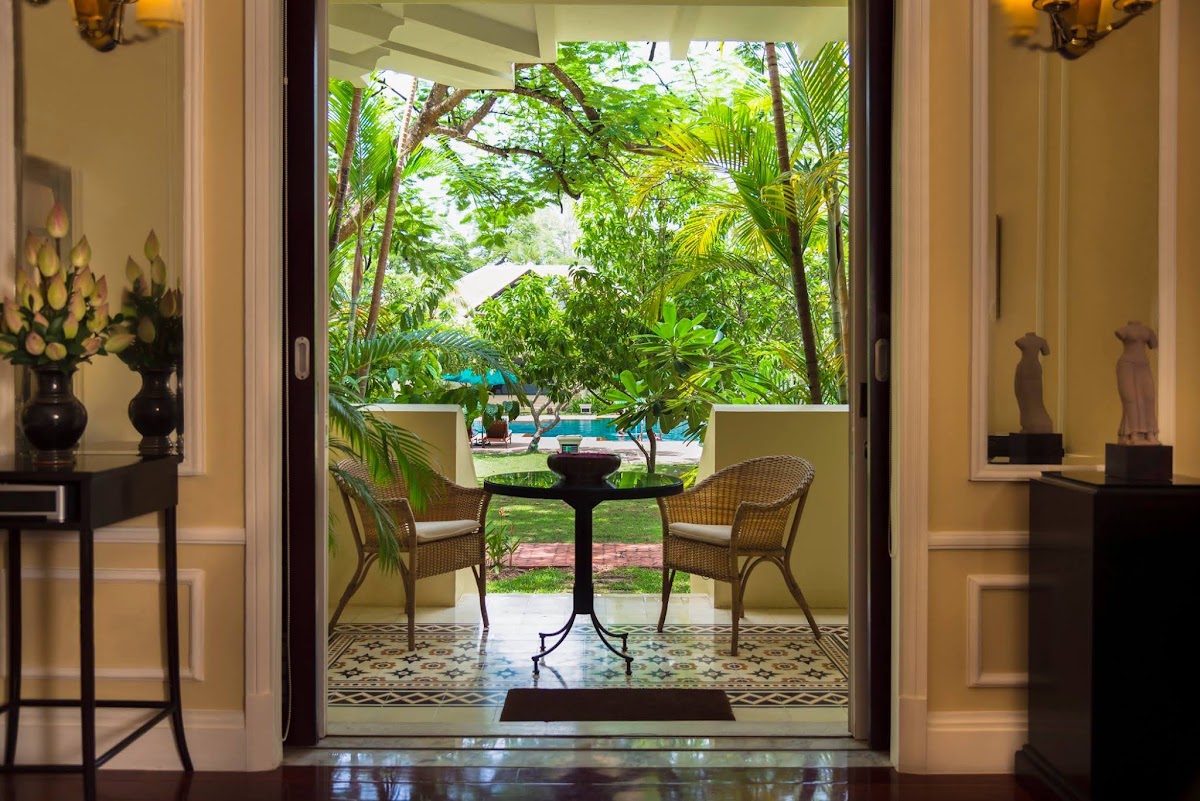 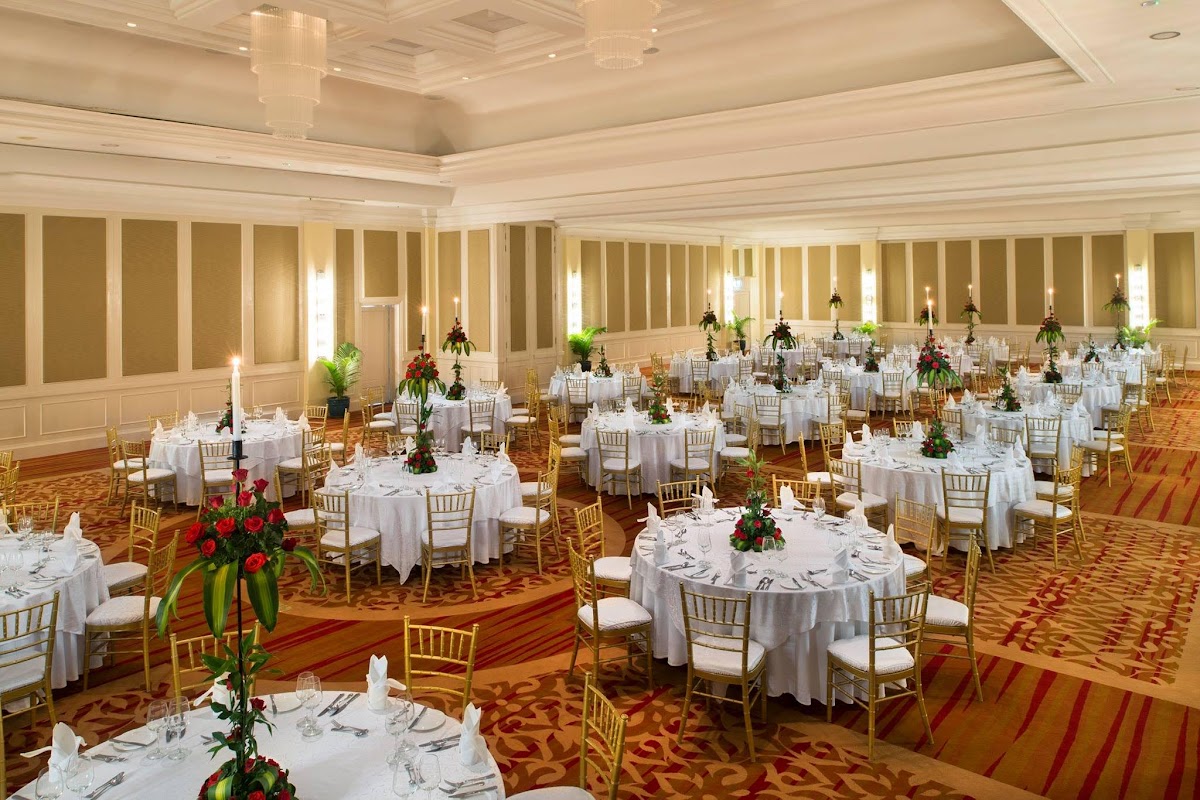 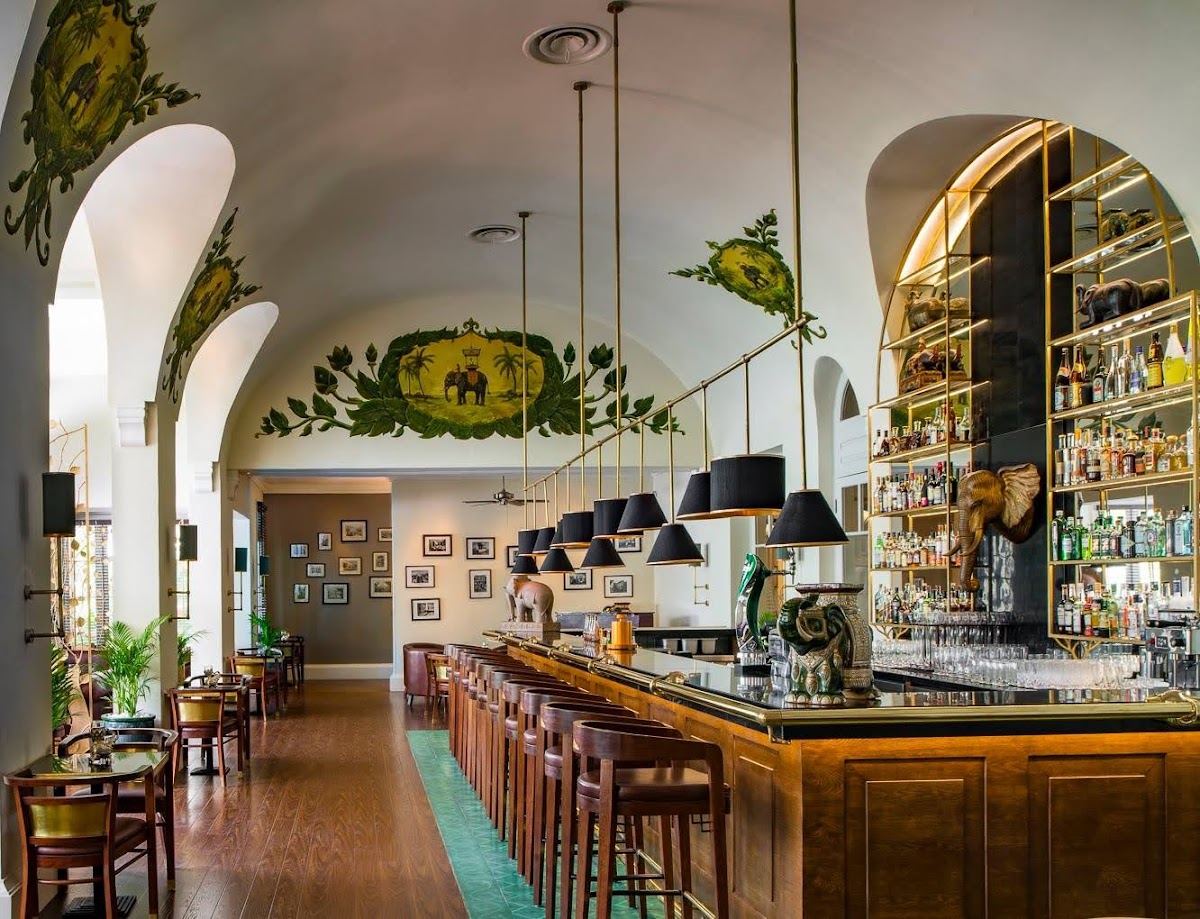 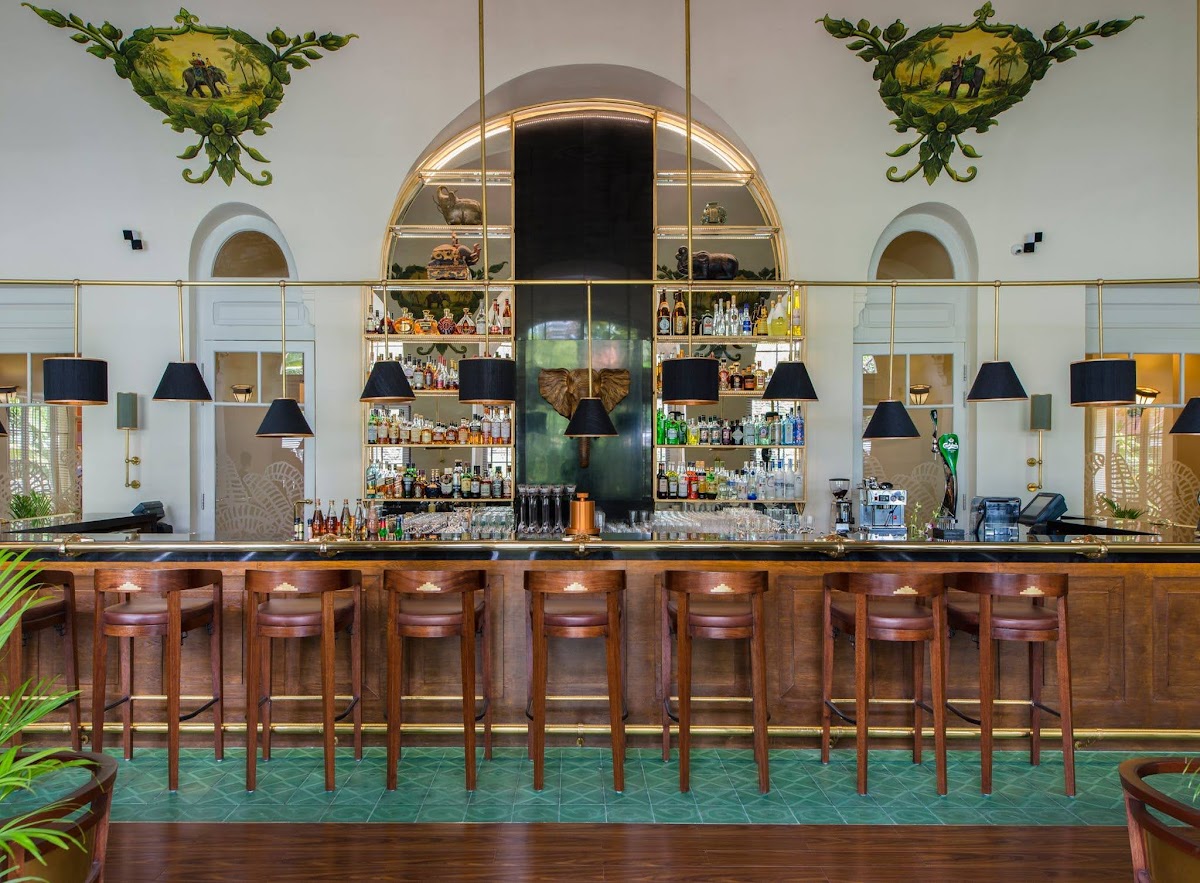 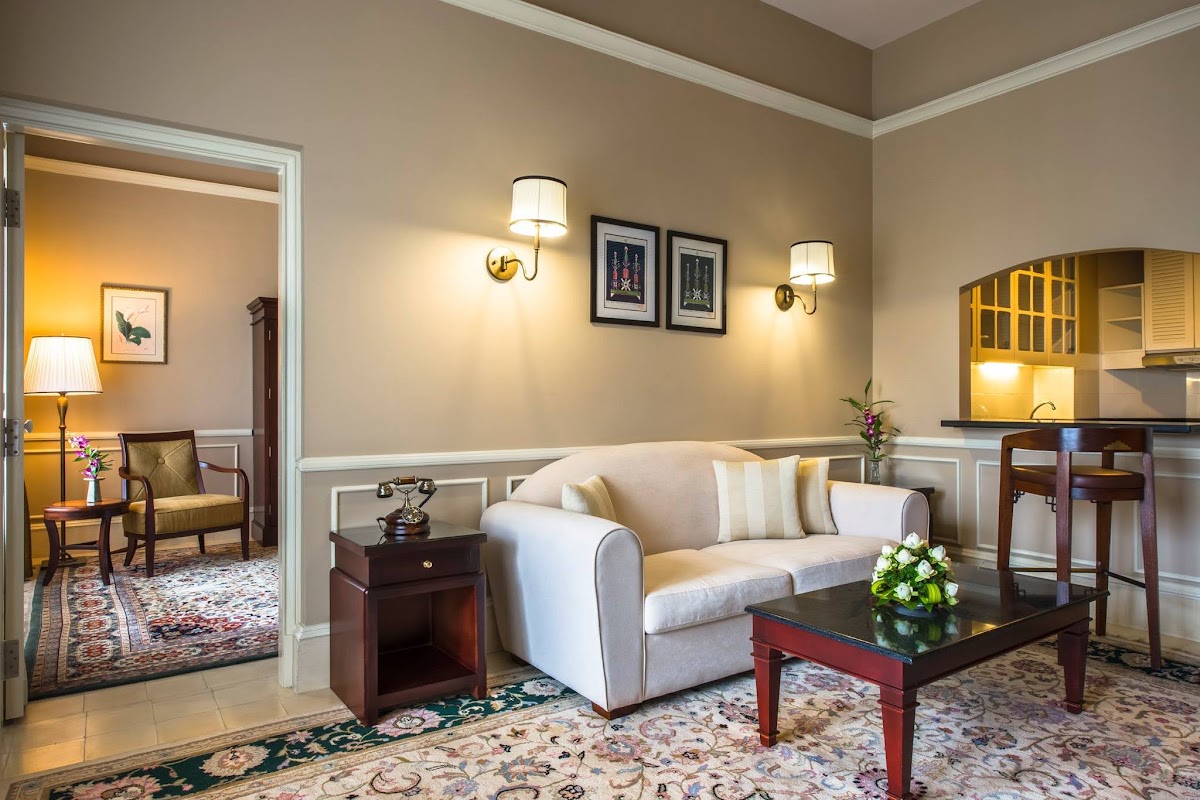 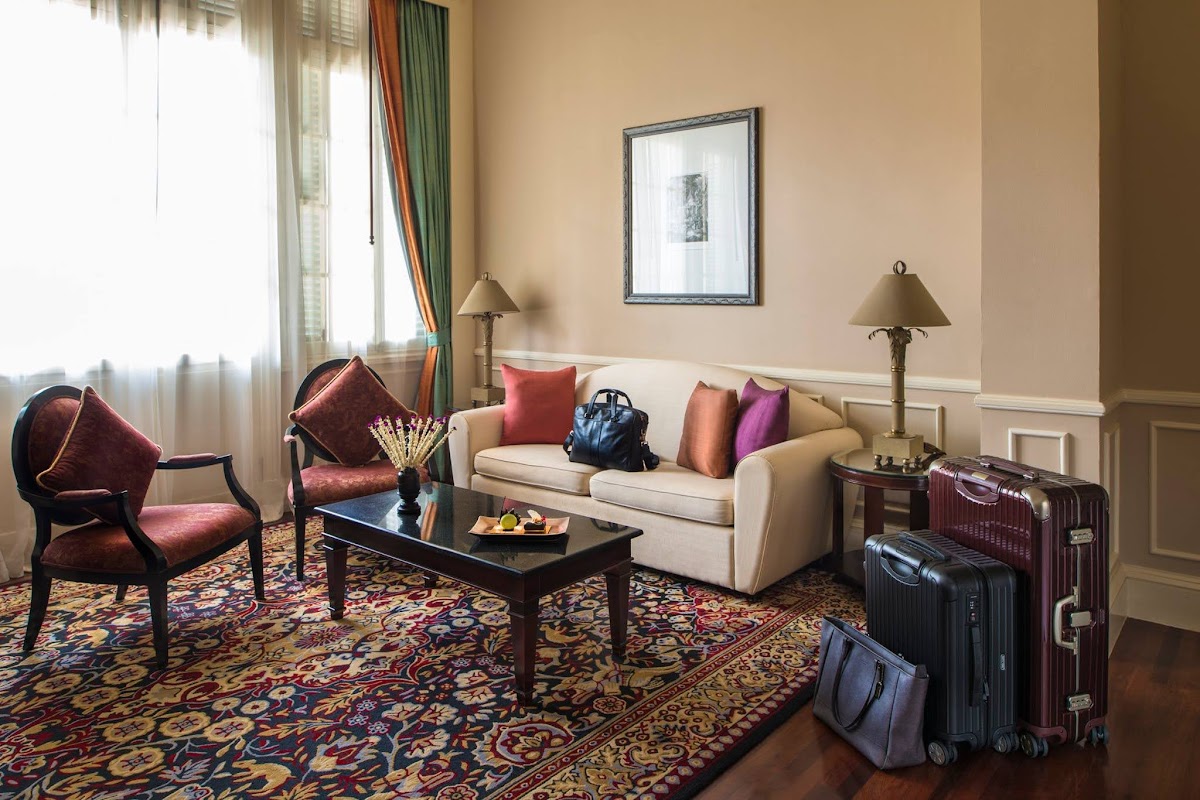 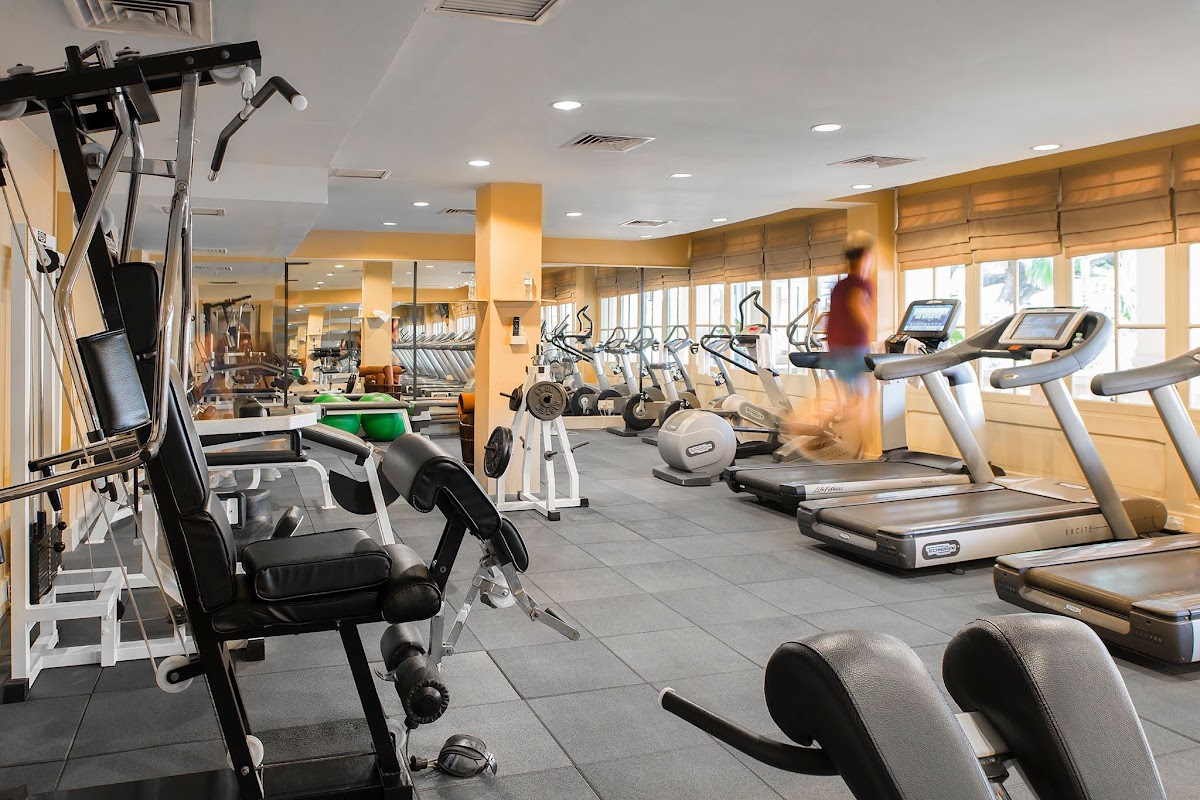 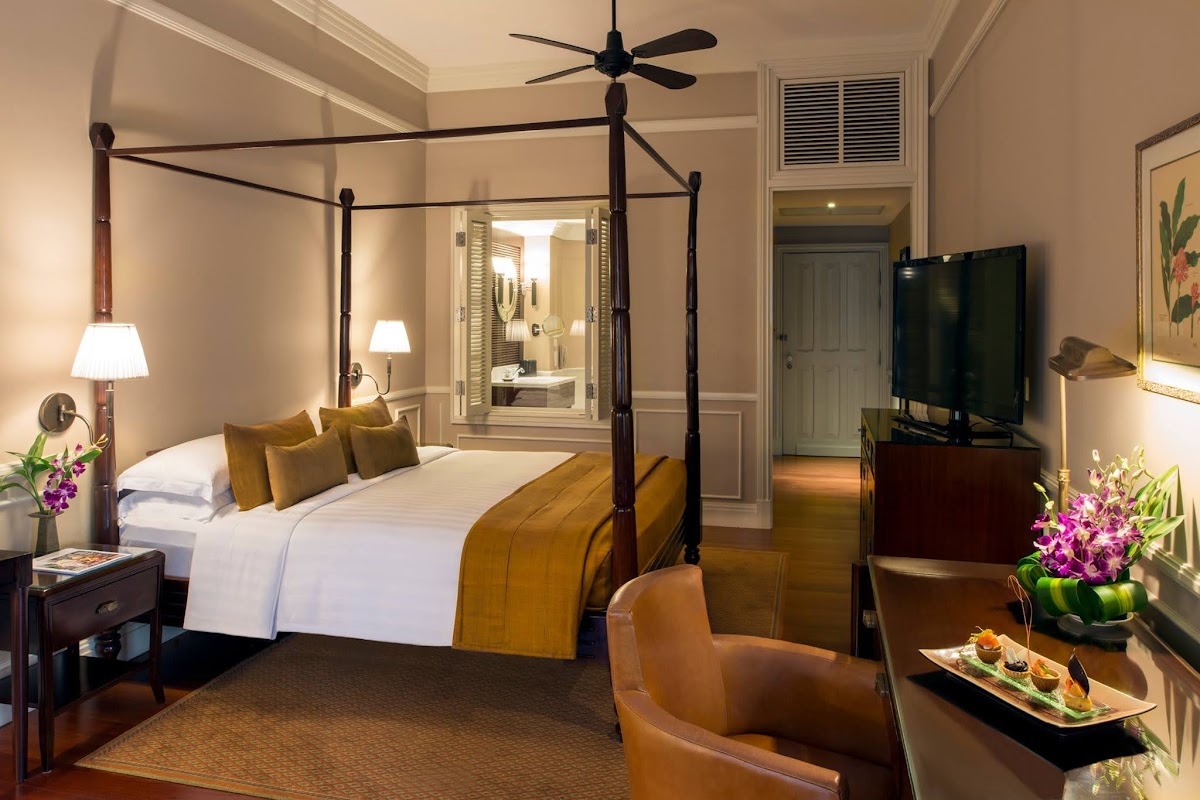 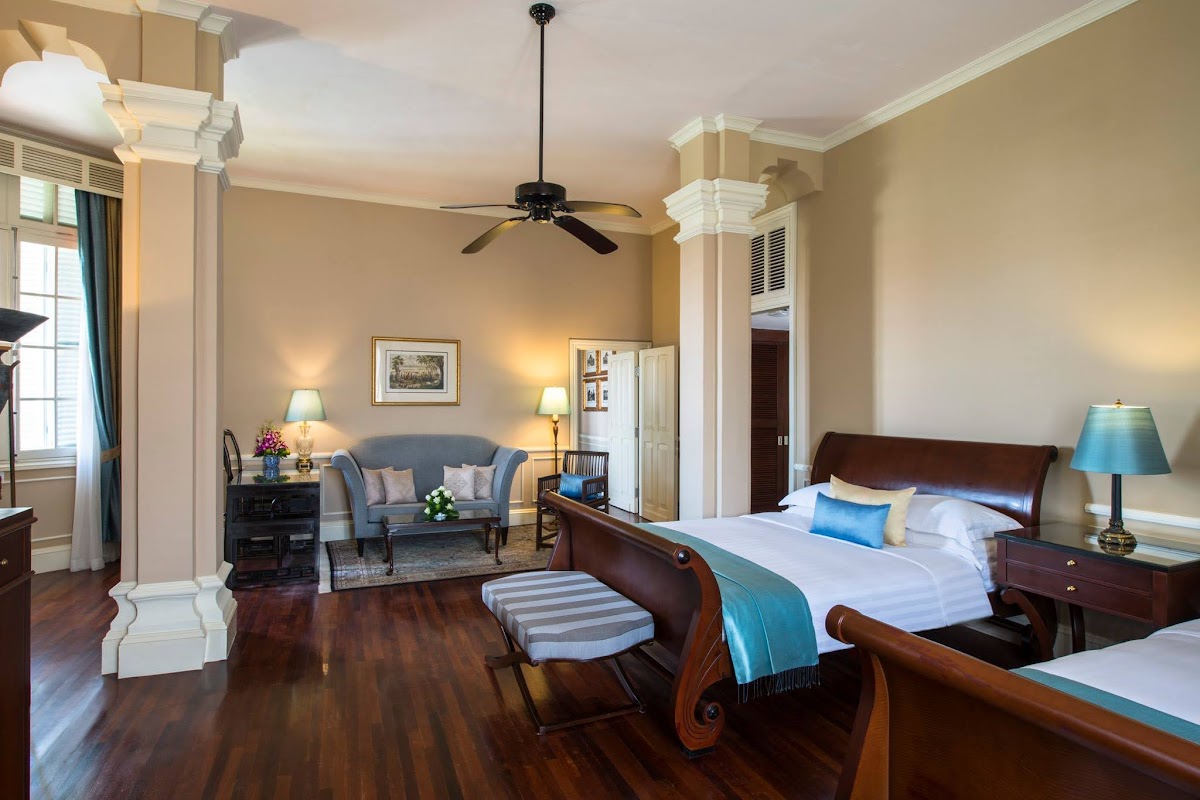 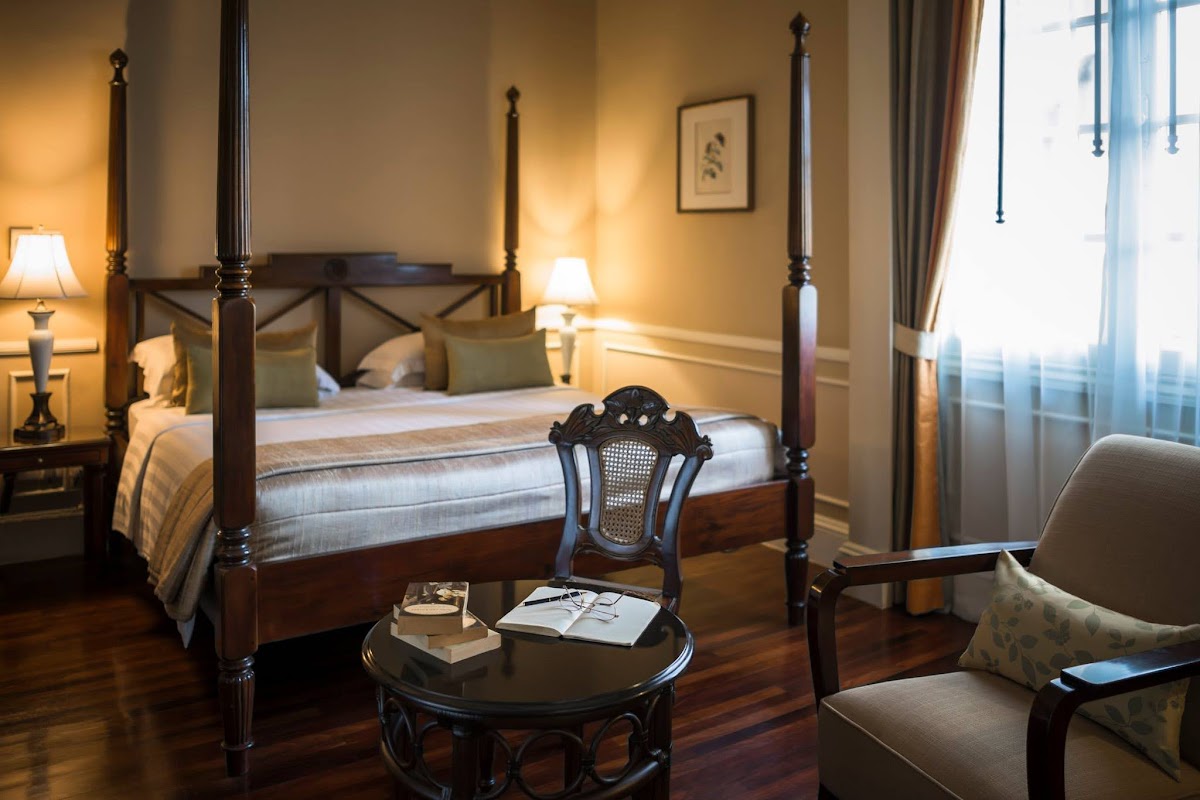 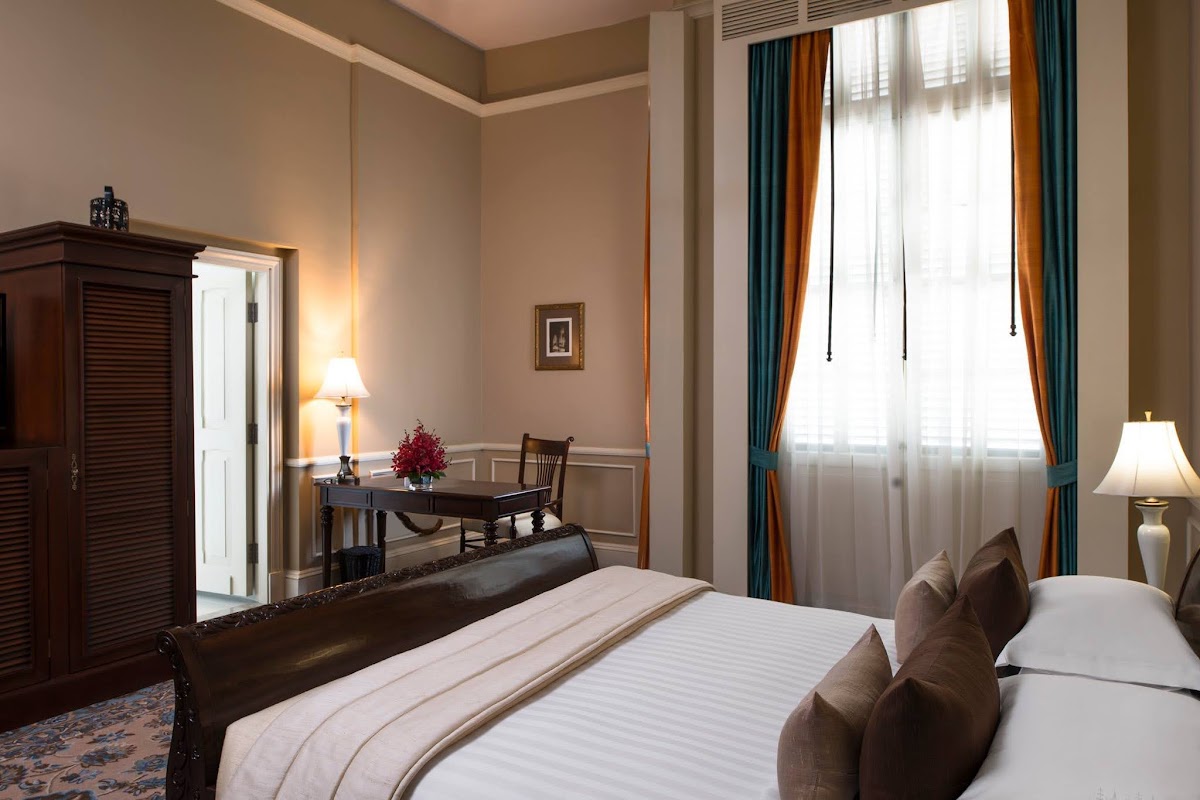 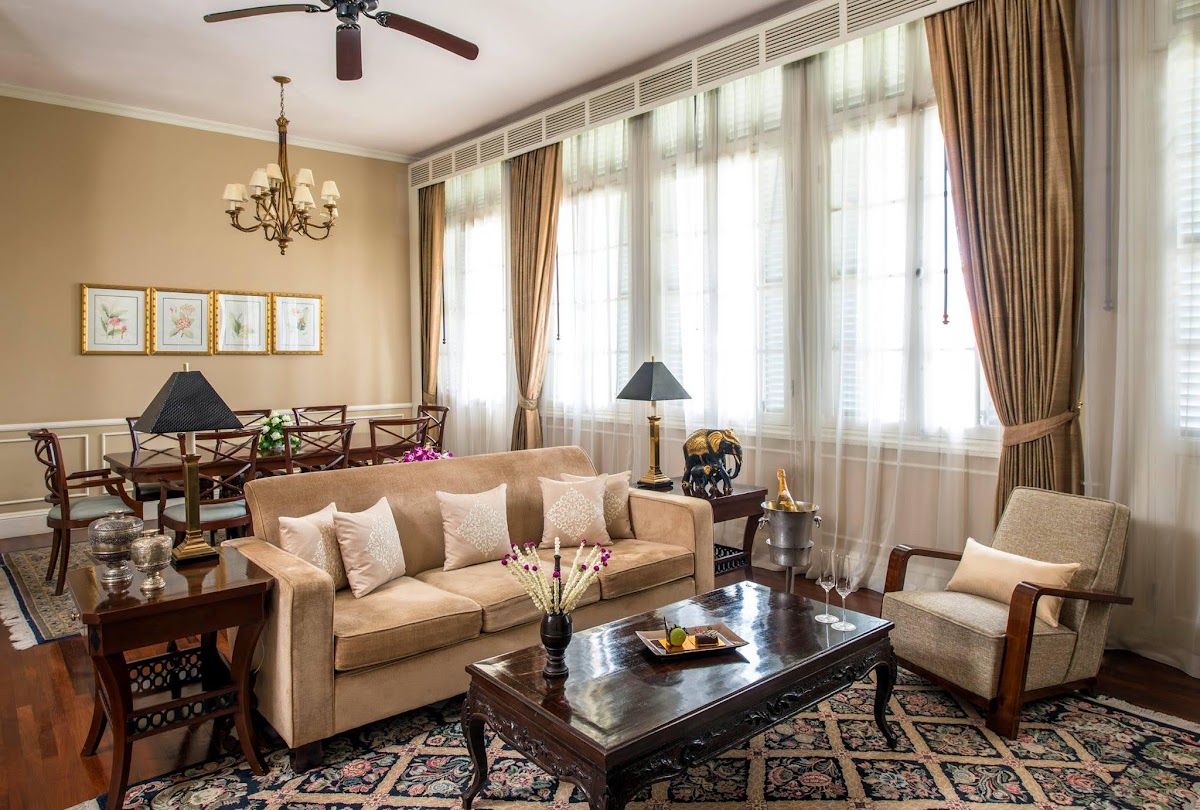 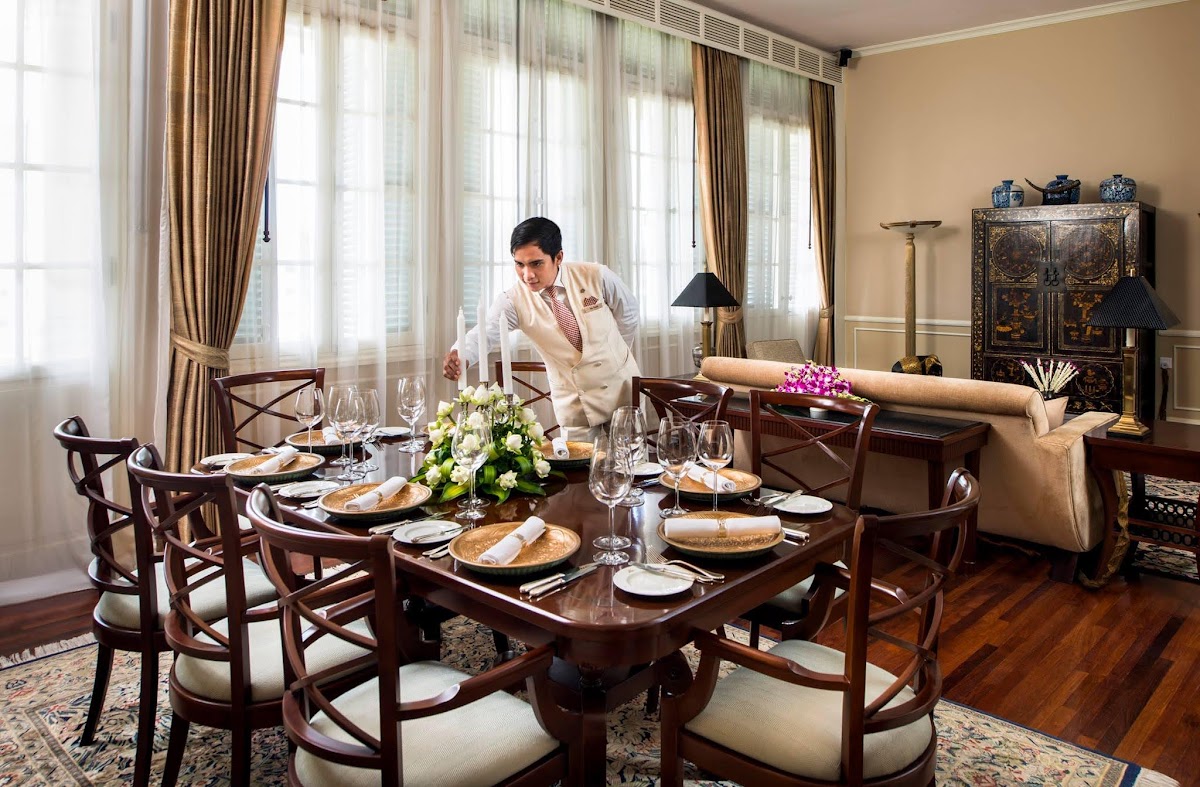 Raffles Hotel Le Royal is one of the finest hotels in Cambodia, and is evocative of a bygone era. Built in 1929, this colonial landmark has had an interesting past and clientele, from well-known journalists reporting on Cambodia’s raging civil war to distinguished royalty, as well starring briefly in the film, The Killing Fields. An imposing statement of Khmer, Art Deco and French Colonial style, Hotel Le Royal originally opened its grand doors in 1929. It reopened as Raffles Hotel Le Royal in 1997 after a sensitive extension and refurbishment. To protect this piece of Cambodian heritage, local artisans were commissioned to recreate painted ceilings, decorative beaten copper crests and outdoor sculptures.

Raffles is just 30 minutes’ drive from Phnom Penh International Airport and barely 5 minutes from the Mekong River Cruise Terminal. Its location in the city puts you within easy reach of Phnom Penh’s top attractions, including the Royal Palace, National Museum, Russian Market and the Riverside Promenade.

Step into a lush tropical oasis with facilities including magnificent gardens, a restful spa and two swimming pools – as well as the intuitive, attentive service one expects from Raffles. Raffles Hotel Le Royal gives everything you’d expect and a few things you might not. Imagine a revitalising oasis, right in the heart of Phnom Penh. Where every element is carefully considered and authentic treatments are offered with charming and graceful finishing touches. Connected to Cambodia and the world, the hotel offers a range of traditional Khmer and modern treatments. Raffles Hotel Le Royal has 2 restaurants, 3 bars and lounges, each offering unique options. In the evening guests can dine on Cambodian and French cuisine in the elegant on site restaurant, while the famous Elephant Bar is the perfect setting for an aperitif and a chance to soak up the colonial charm. With an outdoor swimming pool and a fitness centre with weight machines, free weights and cardio equipment, your fitness goals will be achieved whilst staying.

State Rooms offer a blend of colonial charm and modern comfort. With a choice of king or twin beds, all rooms are beautifully appointed with air-conditioning, overhead fans and windows that open for fresh air. Some State Rooms have balconies overlooking our gardens or swimming pool, whilst others have a daybed for relaxation. All State Rooms feature a separate bathtub and shower. Rooms have either a king or two double beds. Room Size 33 Sqm (355 Sq ft)

Le Phnom 1929 is the latest addition to Phnom Penh’s exciting dining scene. More than just a place to enjoy a great meal, Le Phnom 1929 is a place to be seen, to have fun and to share quality time with family and friends in a casual, Parisian brasserie-style atmosphere. Adding to the experience is an open kitchen, great cocktails and the “Around the World in 80 wines” wine program.

This ancient Royal Khmer cuisine has been handed down to Raffles Hotel Le Royal by the decree of the Royal Palace. The finest ingredients are carefully blended to create a distinct, exhilarating and elegant gastronomic experience. It is an exceptional, magical, memorable place – timeless yet completely of its time.

A visit to Phnom Penh is not complete without a visit to the famous Elephant Bar, an institution in the city and where the famous Raffles afternoon tea is served. The bar has a full range of wines, beers and spirits including one of Asia’s largest selection of gin with over 110 different gins. The bars signature cocktail is the Femme Fatale, first concocted for Jacqueline Kennedy during her visit to Cambodia in 1967.

Located right beside the sanctuary of the swimming pool the poolside terrace is the ideal place to relax in the afternoon sun or in the shade of the fragrant frangipani trees. Cool off with chilled wines, beers and tropical cocktails which are served with tapas and light meals. The attentive pool boys will serve you right at your sun lounge.

For over a century, Raffles hotels have been known as the meeting place for great minds; very special places where imaginations can take flight and inspiration thrive. In designing the hotel, Raffles have created the finest address in Phnom Penh. It is the perfect venue for any event, where the only limitation is your imagination. Create unforgettable memories with weddings, special events and more.

Imagine a revitalizing oasis, right in the heart of Phnom Penh. Where every element is carefully considered and authentic treatments are offered with charming and graceful finishing touches. Connected to Cambodia and the world, Raffles Spa offer a range of traditional Khmer and modern treatments.

Families welcome here. Children won’t be able to resist swimming in the pool as well as the hotels kids pool.