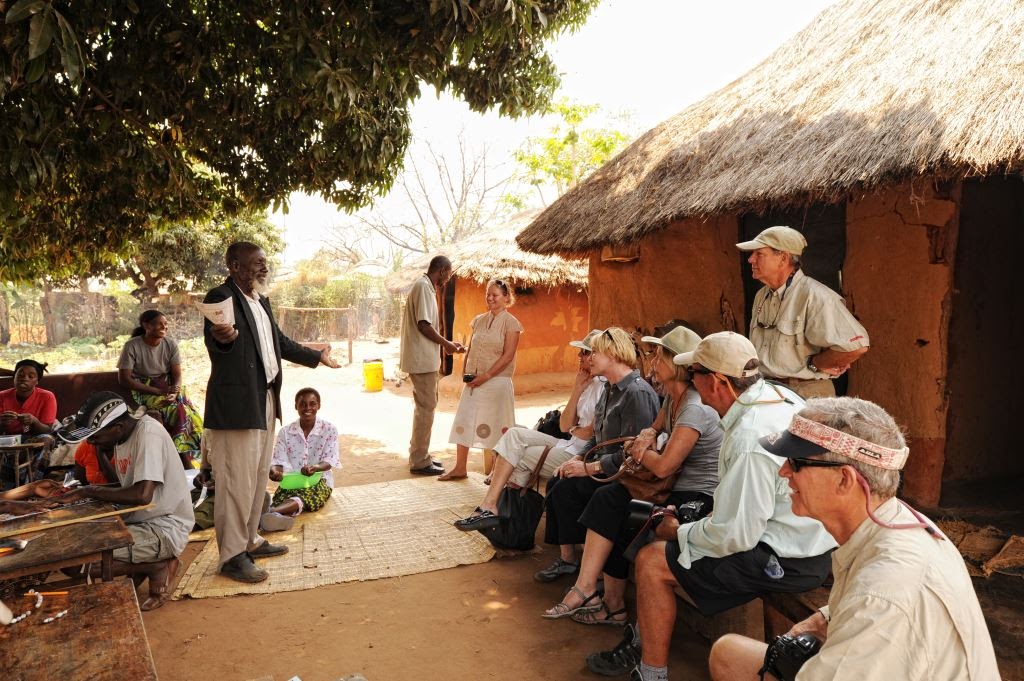 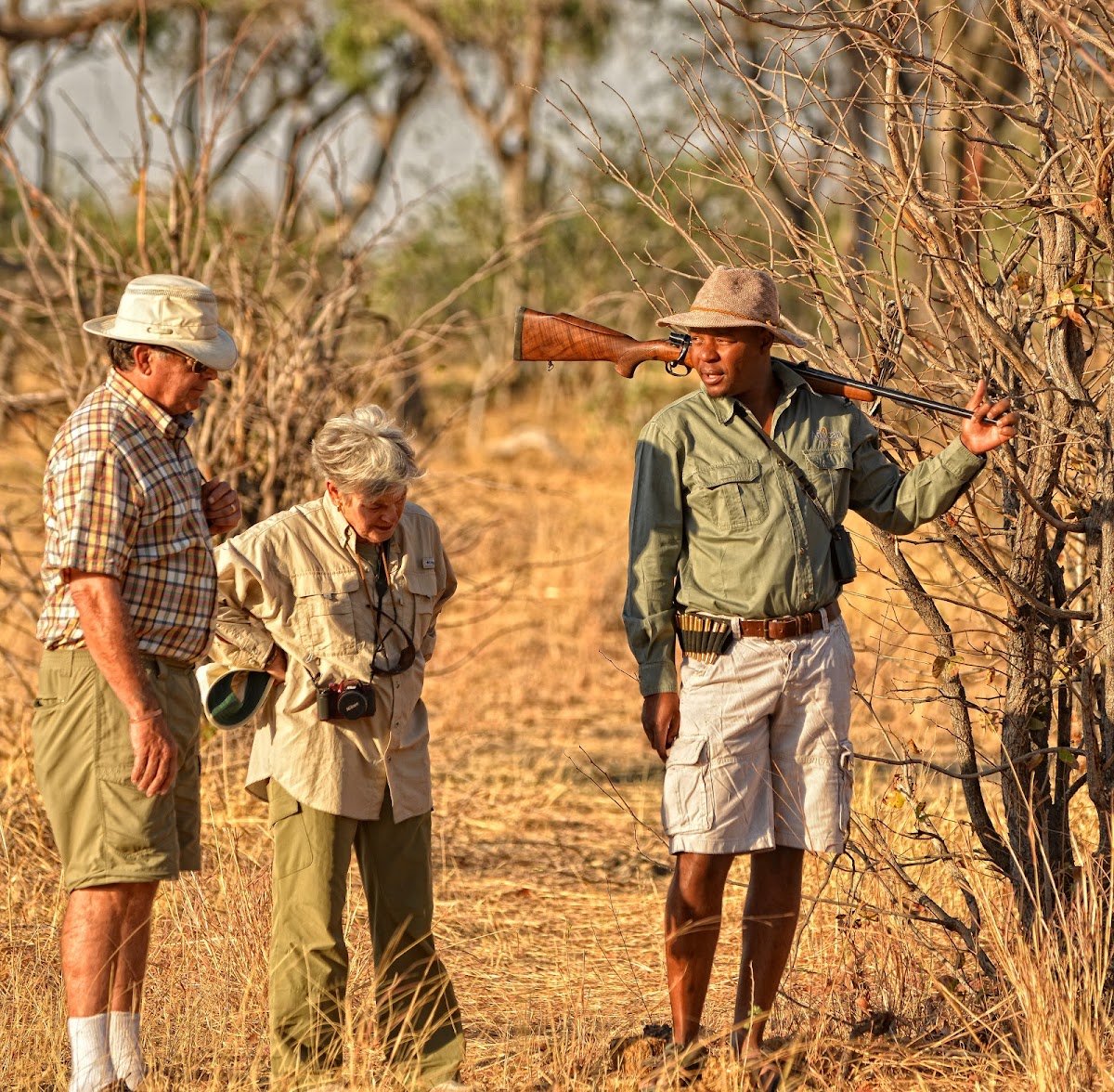 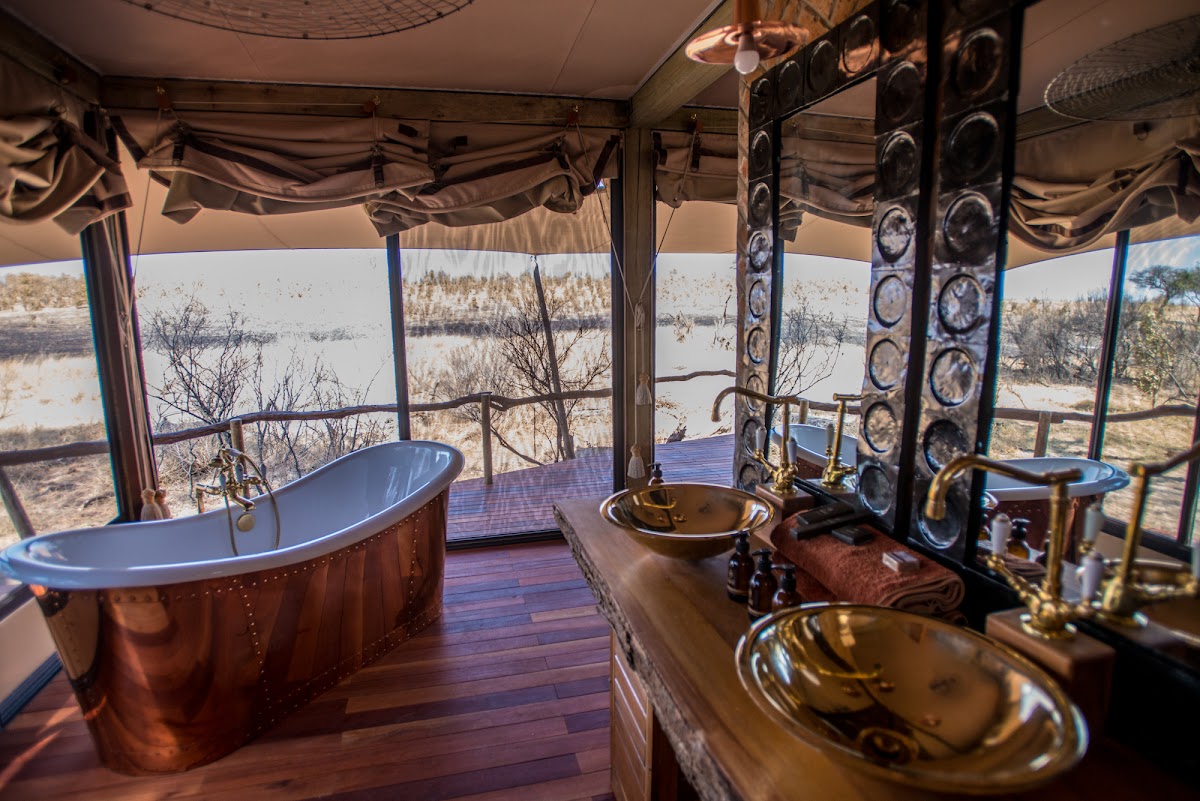 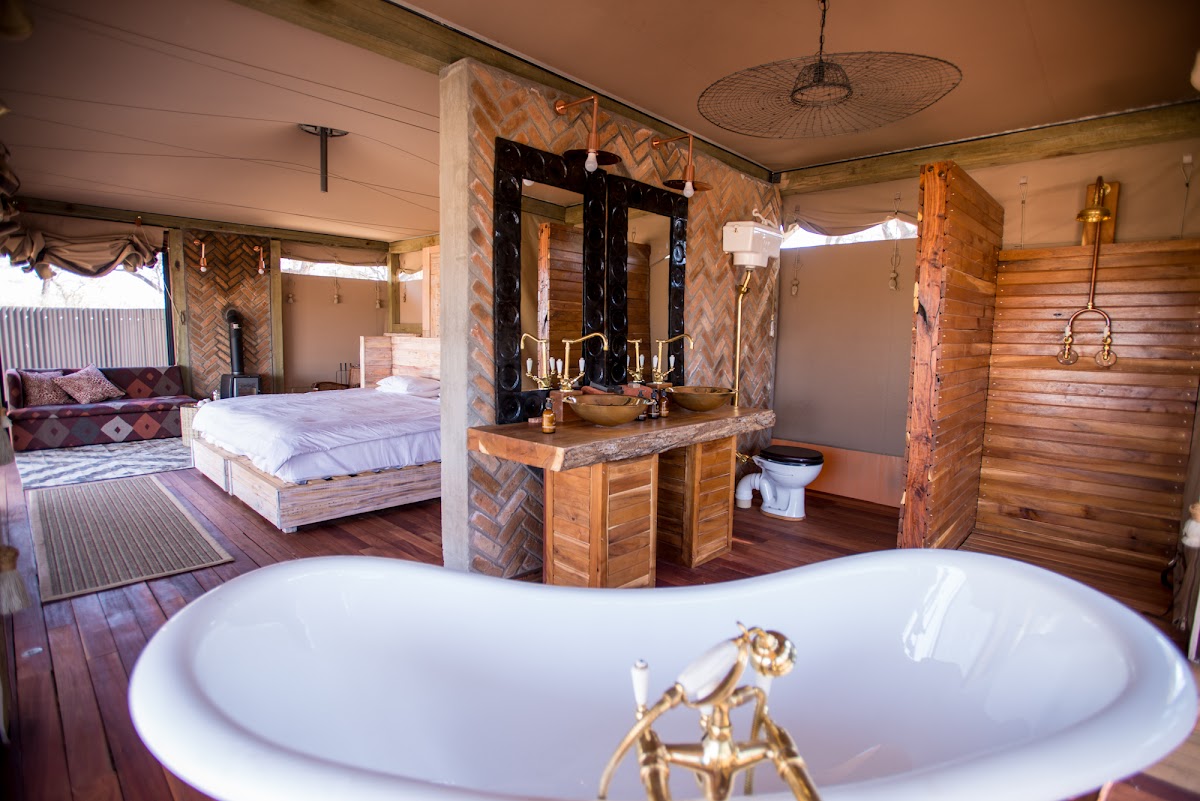 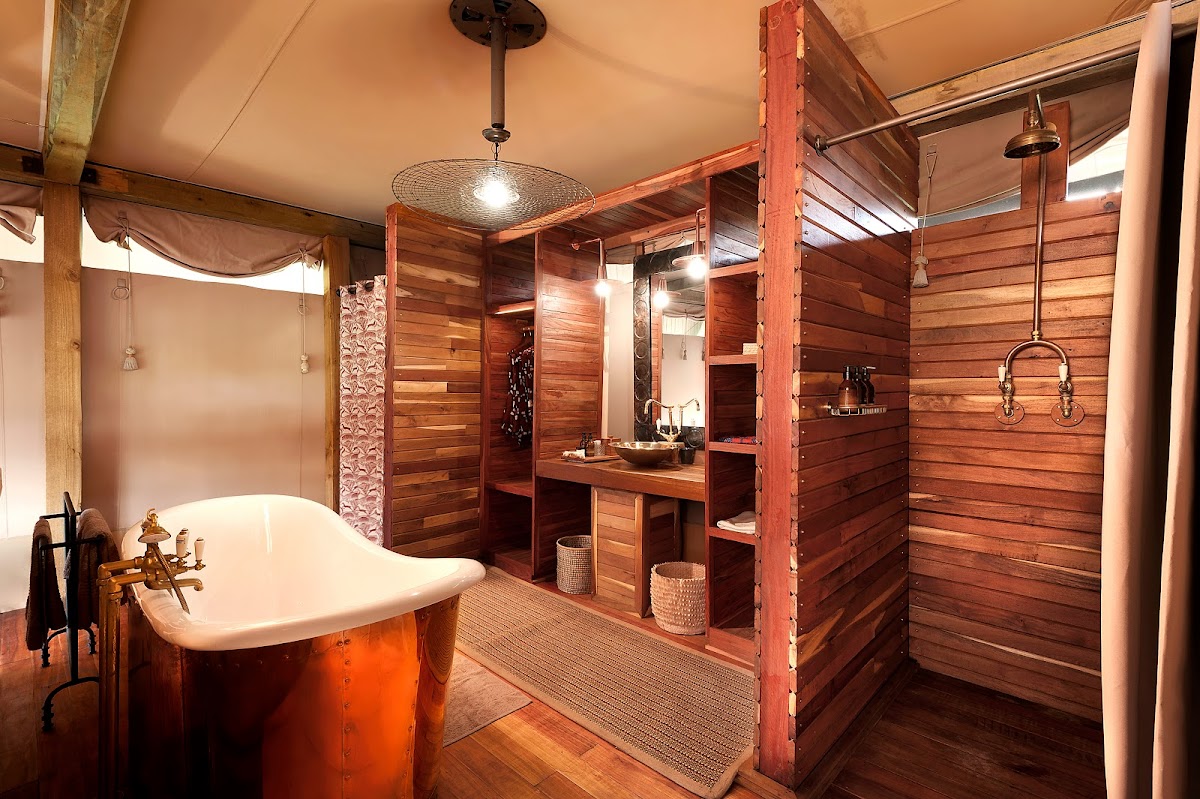 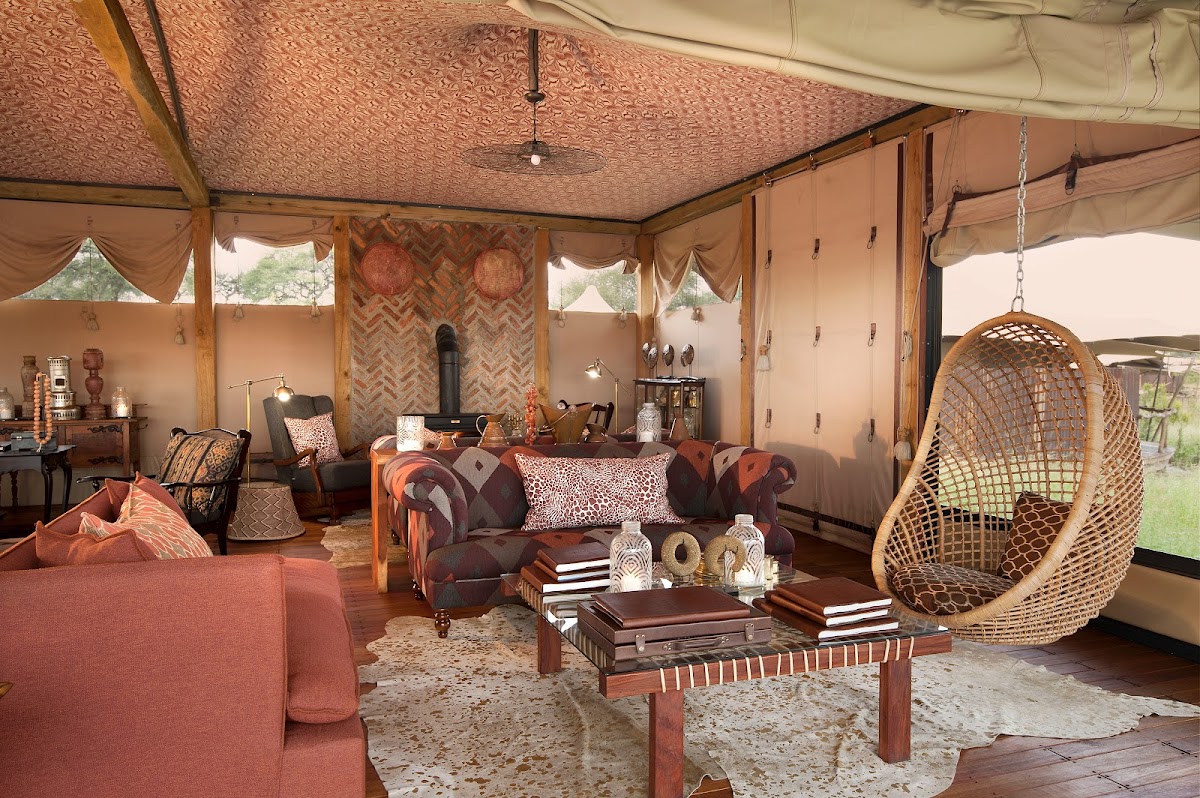 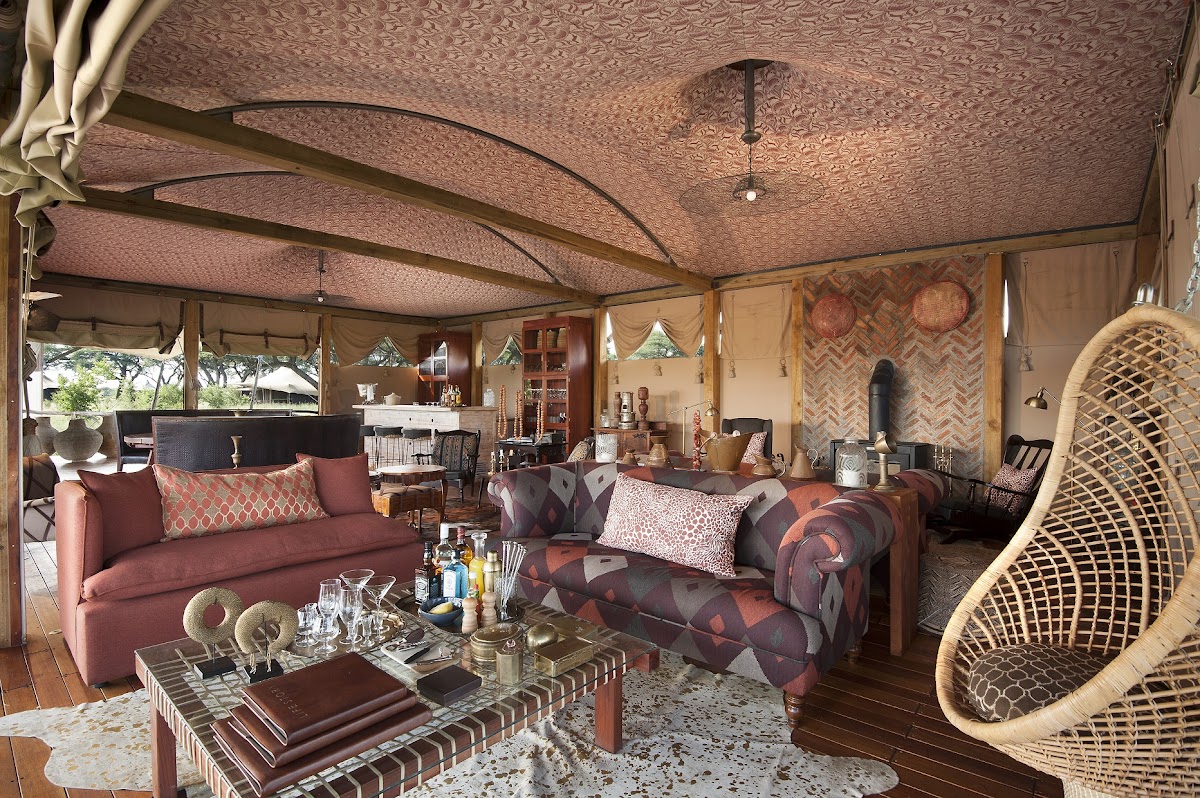 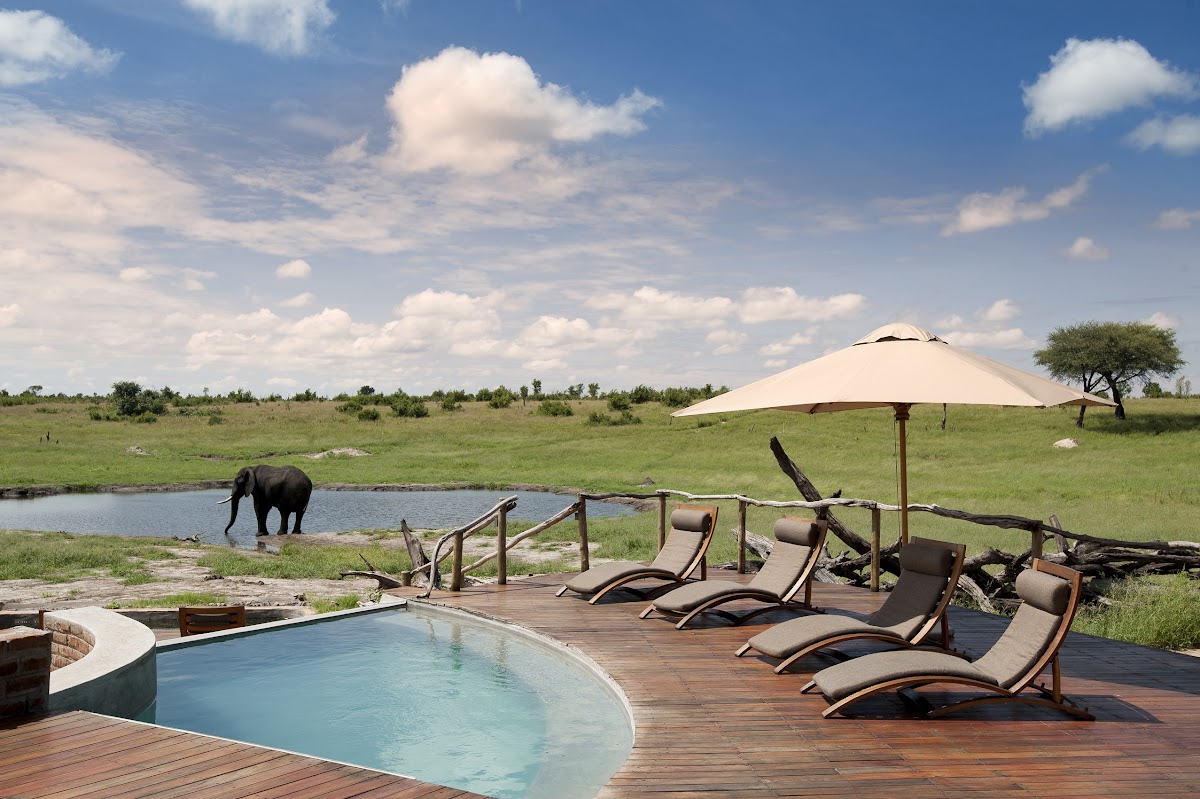 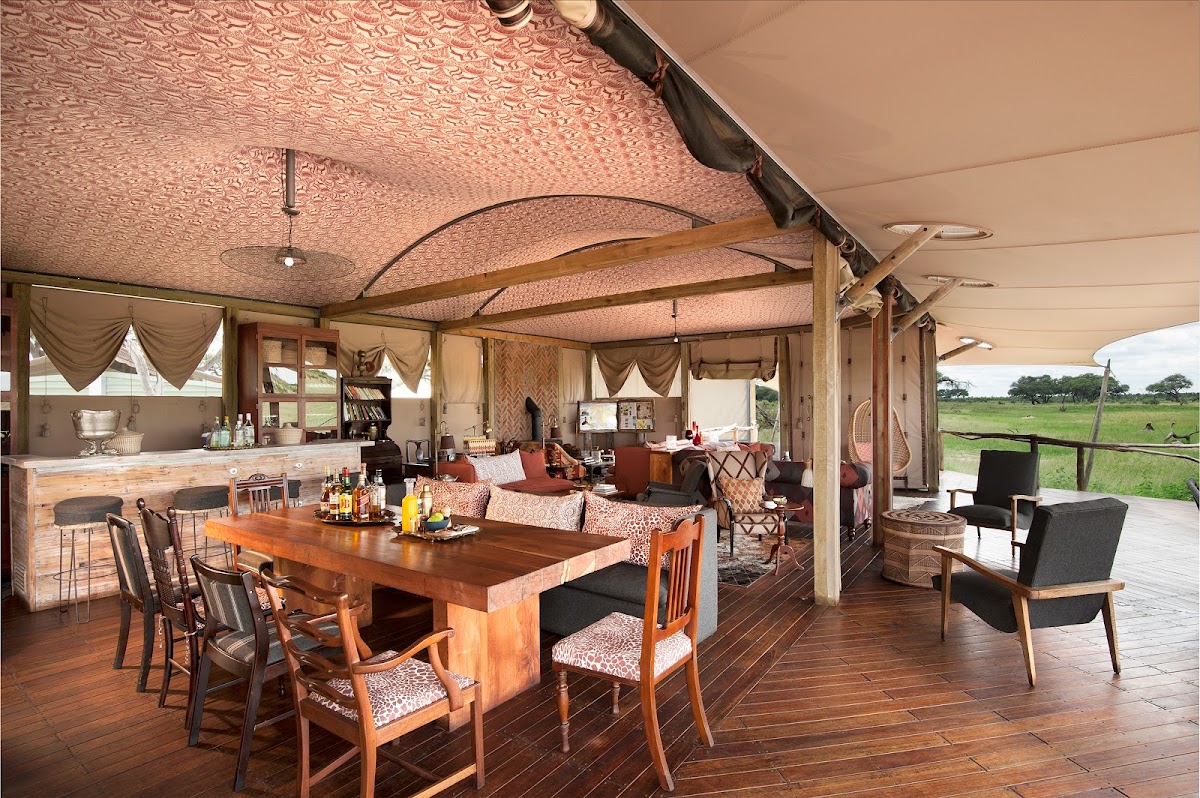 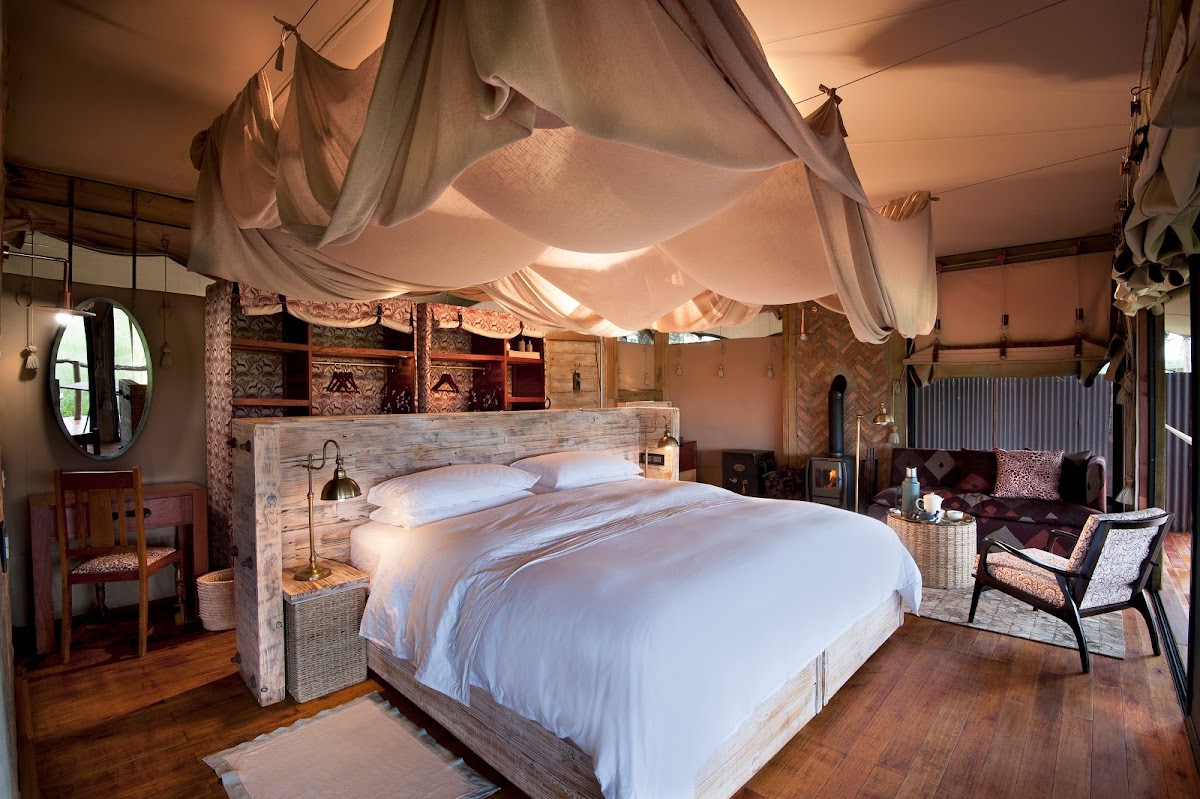 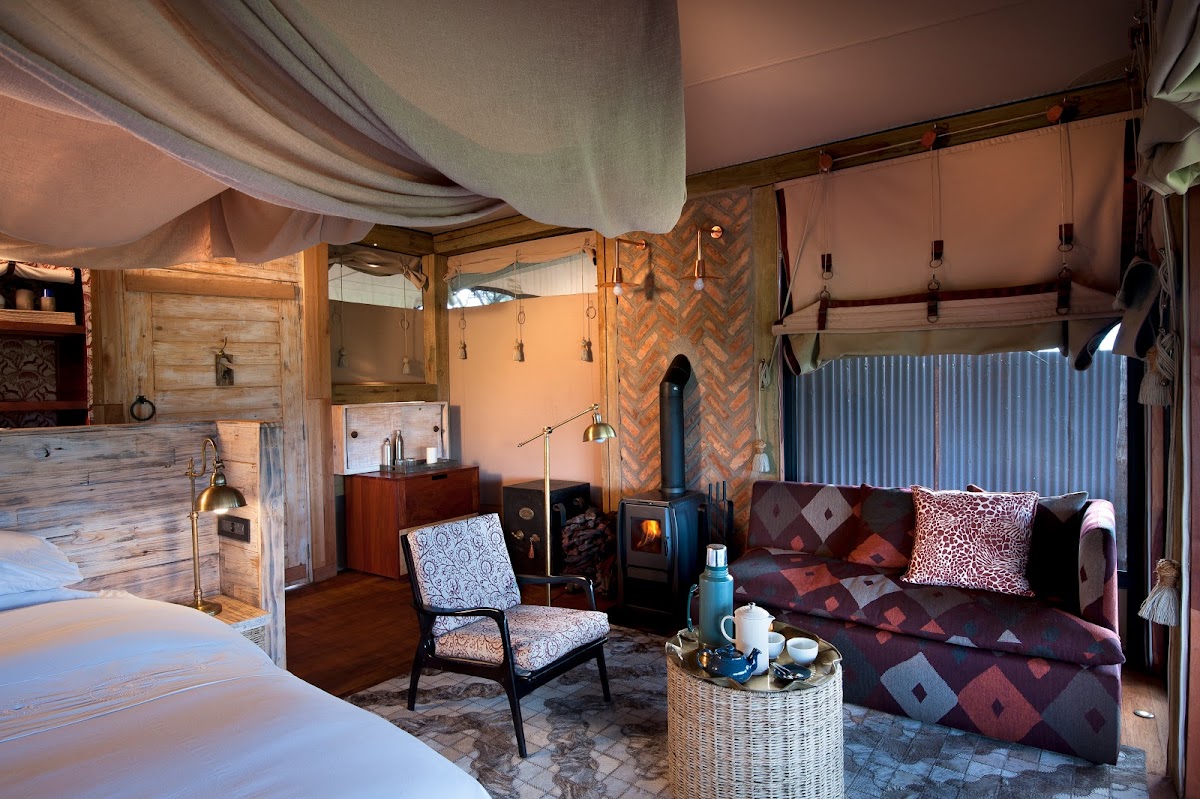 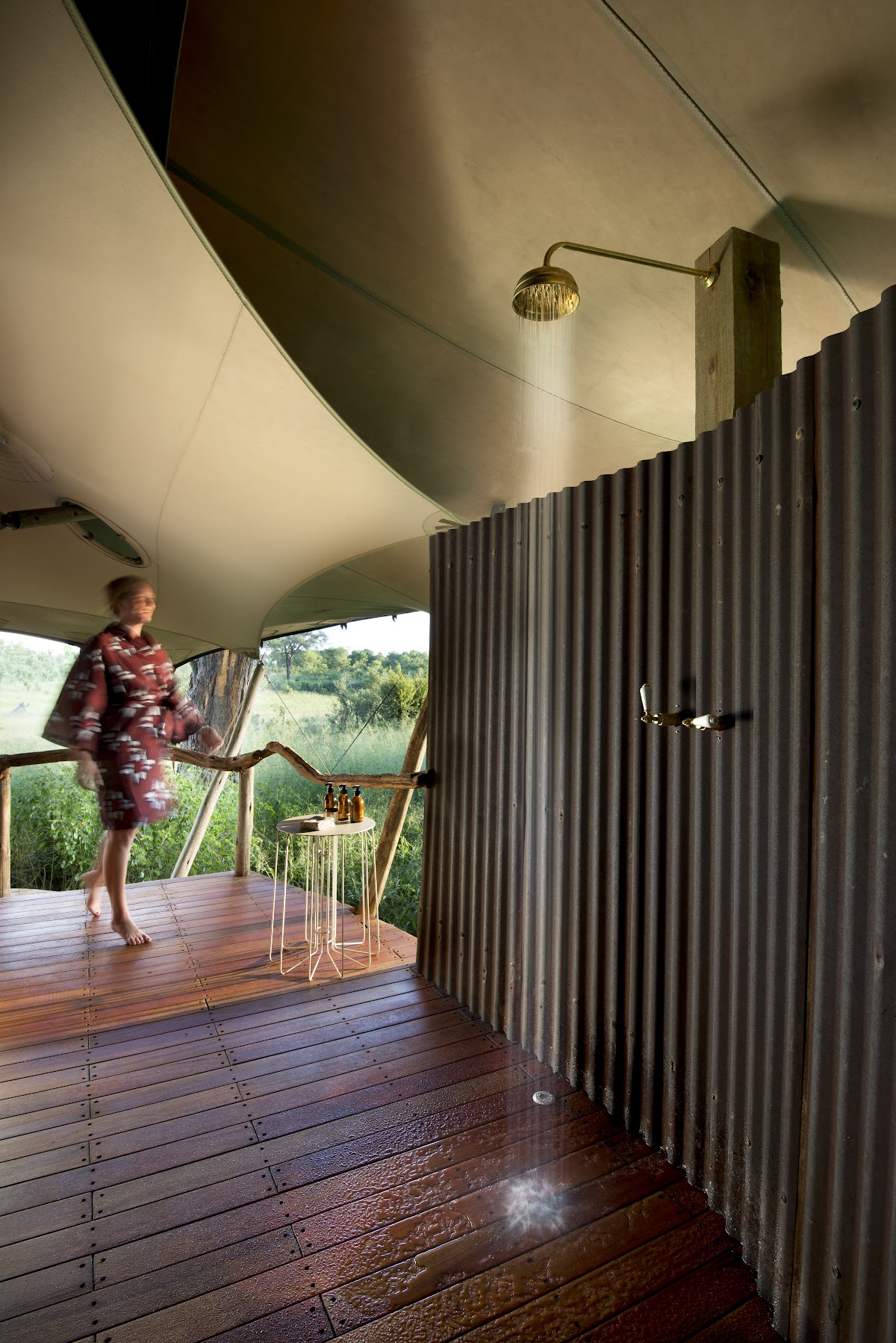 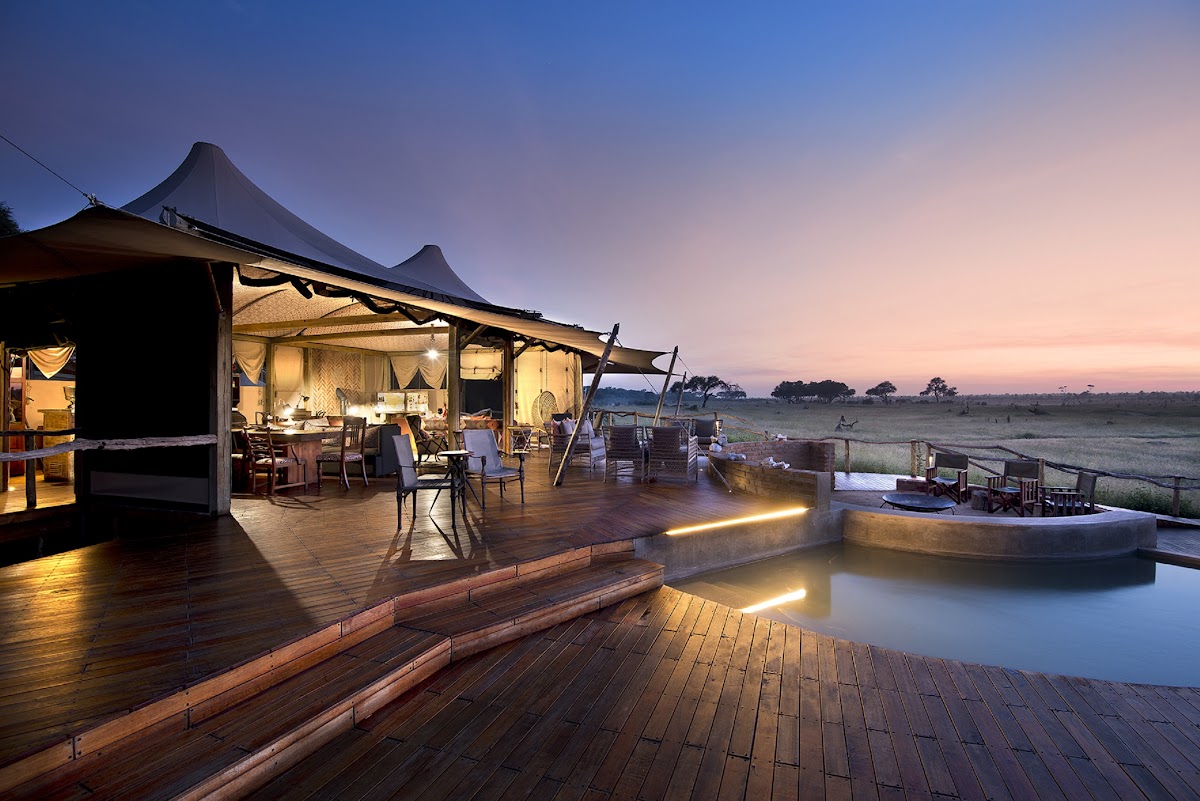 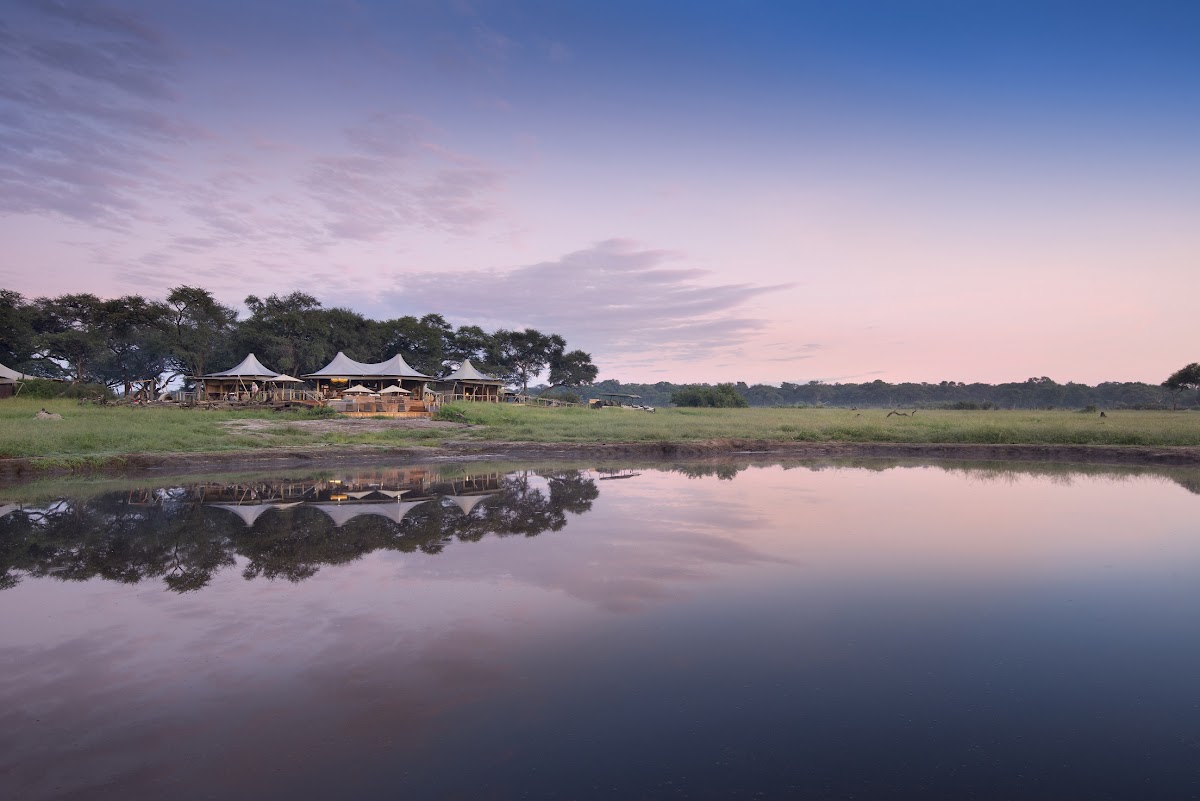 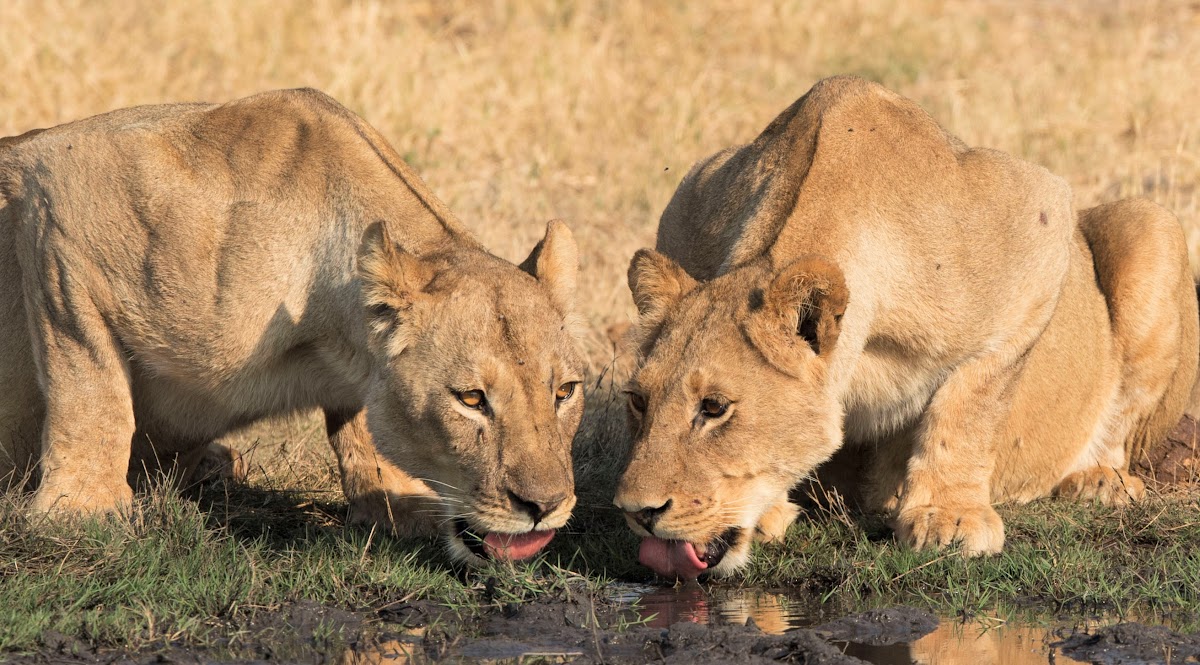 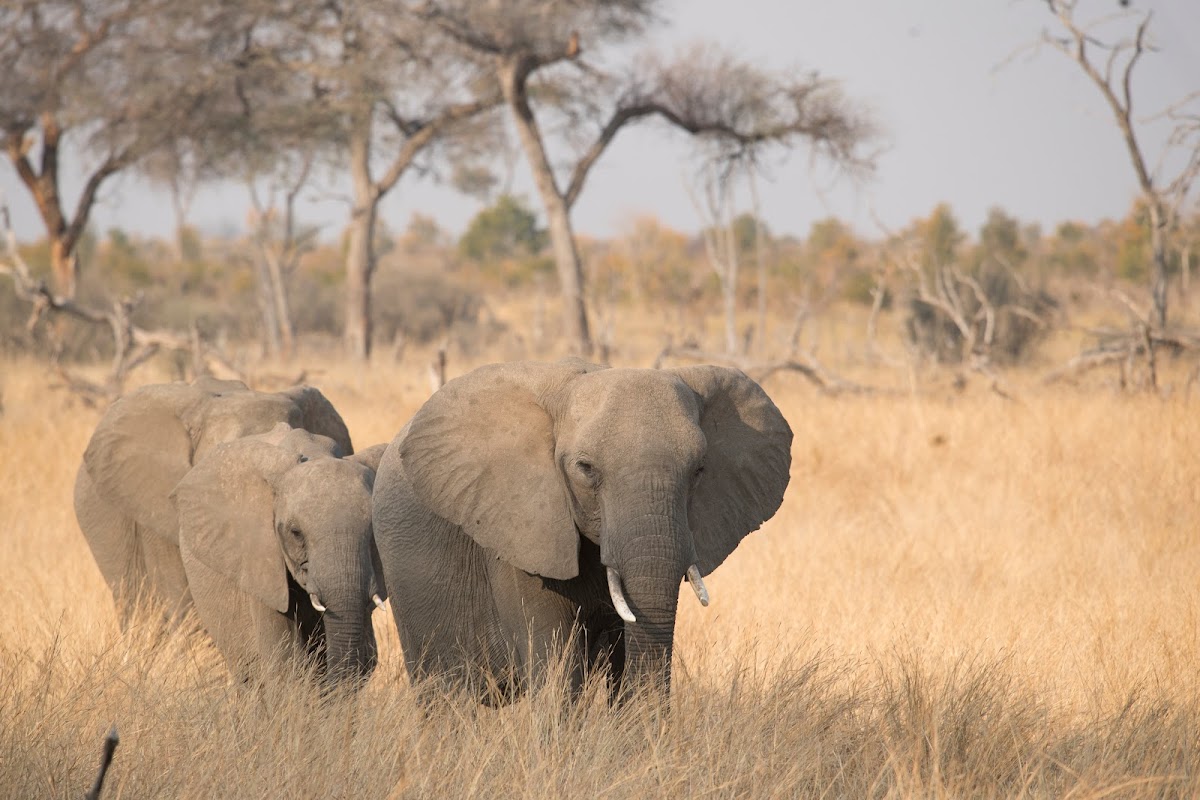 Somalisa Tented Camp lies in the heart of Hwange National Park, overlooking the stunning and diverse landscape. Guests can enjoy the sights of sweeping golden savannah, thick acacia forests and shimmering waterholes, all from the comfort of the camp. The viewing deck offers elevated views over swaying grasslands and an elephant pool where grey giants come to bathe, drink and play. The camp is comprised of 7 sailcloth tents, each with an indoor fireplace, private deck and en-suite bathroom. The camp is harmonious with nature, both in design and function. Powered by a full solar farm and with a water purity system that recycles the majority of the camp’s wastewater, Somalisa has won Zimbabwe’s Gold Green Tourism Certification. Enjoy a luxurious stay, surrounded by a range of amazing creatures in a unique and stunning setting.

Somalisa Tented Camp is located within Hwange National Park, hidden in an acacia grove that rests along the edge of a seasonal floodplain. Guests can reach Somalisa Tented Camp by road from Victoria Falls which takes approximately 4 hours. Alternatively, guests can fly from Victoria Falls International Airport to Manga Airstrip, just a 30-minute game drive from the camp.

Hwange is the largest national park in Zimbabwe, covering over 14,600 square kilometres, and is home to approximately 50,000 elephants. Originally known as the Wankie Game Reserve, Hwange National Park was formed after the land became impossible to use for agricultural means. The park’s first warden, Ted Davidson, scouted the park in 1928, discovering very little wildlife due to the lack of natural water sources. In response, boreholes were drilled to create 60 artificial water pans, bringing back a rich variety of game. Today, travellers can expect to see a range of fascinating creatures, including buffalo, giraffes, hippos, wildebeest, sable antelopes, zebras, lions and spotted hyenas, as well as over 400 species of birdlife.

The rainy season in Zimbabwe begins in November, when the weather begins to become less predictable and rainy afternoons becoming increasingly likely. December to March are the wettest months of the year, the afternoons characterised by high temperatures and humidity. In April, summer comes to an end and the days begin to get cooler. Rain becomes less common as the year transitions into May and the dry season lasts until late October. Mornings and evenings throughout the dry season can be quite cold and guests may want to bring jumpers and warm clothes for early morning game drives.

Somalisa Tented Camp’s seven Sail Tents feature 2 three-quarter sized beds fitted with soft and breathable linen. The bedroom includes a comfy seating area for relaxing, a wood-burner fireplace to keep you warm on chilly nights and fans to maintain a comfortable temperature on hot days. Each tent faces out over the endless plains, offering sweeping views from your private verandah. Guests can also enjoy watching passing wildlife at all times from inside, through the room’s sliding doors. The sail tents all have en-suite facilities, including a flush toilet, copper bathtub and both indoor and outdoor showers.

Guests staying at Somalisa Tented Camp can look forward to three delicious meals each day. Start off your morning with a continental breakfast by a roaring campfire. A selection of foods will be available including cereals, fresh fruit. porridge, toast, meats, cheeses and eggs. During your first activity of the day, muffins and biscuits will also be available as well as a hot or soft drink. Brunch is served on your return, before guests are invited to indulge in high tea before your afternoon activity. Dinner is a three-course meal that concludes with a delicious dessert and selection of local beers, spirits or local wines.

Venture out on an exciting game drive and explore Hwange National Park from the comfort of a specialised safari vehicle. African Bush Camps’ knowledgeable guides will be able to teach you interesting facts about the incredible animals of Zimbabwe, as well as showing you the best spots for viewing game. Look out for Hwange’s massive elephant population, giraffes, zebras, lions, hyenas, buffalo, wildebeest and hippos, as you traverse the plains and roam the African wilderness.

Explore the bush on foot on a walking safari, and experience the smaller details that make safaris more immersive. Your experienced guide will be able to teach you how to recognise tracks, and follow clues left in the wilderness that will lead to incredible game viewing opportunities. Explore at your own pace, without the noise of an engine to startle the wildlife, and take advantage of incredible photographic opportunities. Game walks usually last for 1-2 hours, but full day walks can be arranged if you have pre-booked a private walking guide.

Hwange National Park is home to an abundance of birdlife, with over 420 different species of bird sightings recorded here. Guests who are particularly interested in bird watching may wish to visit during November to April, when the migratory birds return to the Hwange region. Look out for the kori bustard, bateleur eagle, southern ground hornbill and secretary bird, as well as Zimbabwe’s large variety of raptors. Bring your camera and make the most of this incredible photographic opportunity, or simply enjoy watching the birdlife through a pair of binoculars and listening to their gentle songs.

African Bush Camps work with local communities in the areas in which they operate. This gives guests the opportunity to meet local people and learn about their culture and customs. Discover what it is like to live beside a national park from the experts, and see how African Bush Camps work has helped to prevent conflict between villagers and wildlife.

The African Bush Camps Foundation has established a number of projects that aim to improve education, empowerment and conservation efforts within the local communities where they operate. They work with members of the community in order to improve school facilities, provide educational textbooks and supplies for students, and supporting a local health centre, as well as encouraging these communities to form a peaceful relationship with the local wildlife, and finding ways to resolve human and animal conflict. African Bush Camps contribute $10 USD towards the Foundation’s running costs for every night that a single guest stays at one of their camps.

The Detema Sewing Group was launched to empower women with limited employment opportunities by allowing them to practice creating garments and provide sewn products to local schools, businesses, and community members. The 8 women from Detema are all aged over 50 years, making it difficult for them to find employment due to being close to retirement age. This initiative supports them while allowing them to develop their sewing skills. The ladies then pass their skills on to local children who attend classes to develop this useful life skill.

African Bush Camps work with local communities in the areas where they operate in order to teach and encourage ways of living harmoniously with wildlife. When wildlife habitats become too close to human villages, predators such as lions and wild dogs can attack livestock, and elephants may trample crops. This can cause humans to retaliate in order to protect their livelihoods. By providing the tools and skills to protect livestock and crops, African Bush Camps are helping to reduce human and wildlife conflict.

‘By coexisting with wildlife and using the natural world to grow crop yields, protect livestock and use resources to preserve the environment, communities can improve their food security and achieve a higher quality of life without negatively impacting wildlife. With projects that aim to improve the perception and tolerance of wildlife in the area, we can help communities restore a harmonious relationship with nature for their benefit.’

Tourism helps to support the local communities, and by showing the benefits of sustainable travel, African Bush Camps can highlight why protecting and conserving wildlife habitats is crucial for human communities and the local economy.

African Bush Camps support both orphaned and vulnerable children through their scholarship programmes. The scholarships pay for school fees and allow children to attend Life Skills Workshops where they can gain skills that will boost their employability prospects. African Bush Camps also work with schools to improve their facilities in order to better support the students. By providing a safe, clean, engaging and social environment, students are able to work better and their physical and mental wellbeing is cared for. Providing children with a safe space to learn is crucial for overcoming poverty and offering children the chance to have a higher quality of living and a career.

The African Bush Foundation runs a ‘Greener Camps’ programme which means that ‘African Bush Camps Safari Properties are committed to operating in a sustainable manner, ensuring that we preserve the environment, culture and conservation of Africa. Where possible we use solar power, low energy lighting systems, wastewater treatment, greywater recycling, and single-use plastic reduction initiatives.’ This means that the impact on the environment caused by African Bush Camps is kept to a minimum.

The biggest threat to African lions is conflict with humans. Livestock is vital for many people’s livelihoods, and if lions attempt to attack livestock, it can have devastating effects for both the owners, and the lions themselves if people were to retaliate. Because of this, the Lion Guardian teams are trained to empower and educate local communities about living in harmony with wildlife. By providing an income for the local members of the community that become Lion Guardians, the African Bush Camps Foundation is able to support the guardians and their families as well as protect lions and livestock.

The Mambanje Community Garden and Solar Borehole project aims to provide clean and safe water sources for the local community and their livestock so that the community can be self-reliant, and not have to use the local school’s borehole which is struggling with the current demand for water. Creating a community garden will also provide a source of healthy food and income for the community.

‘The water shortage is critical in Mambanje village with only 1 working borehole servicing both the school and greater community. Currently, households are limited to 20 litres of water per day at the school while school children can take back home only 5 litres per day. The school is now limited to the amount of water it can use which has affected the output of the school’s nutrition garden. The community lies in Zimbabwe’s Farming Region IV which is characterised by annual rainfall of 450-650 mm, severe dry spells during the rainy season, and frequent drought and this limited rainfall speaks volumes as to why areas such as Mambanje are still underdeveloped as water is a key and fundamental resource for rural communities and their livelihoods.’

Providing additional waterholes would also benefit members of the community who have to travel a long distance in order to collect water. This is often a task given to young girls, who may miss out on time in school because they had to collect water for their families instead. 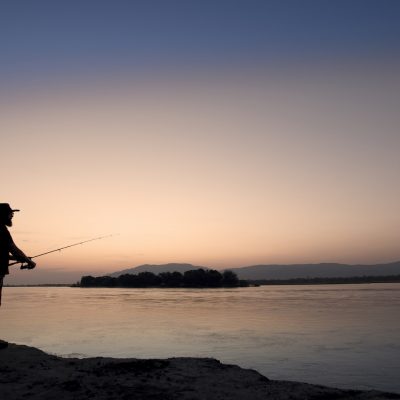 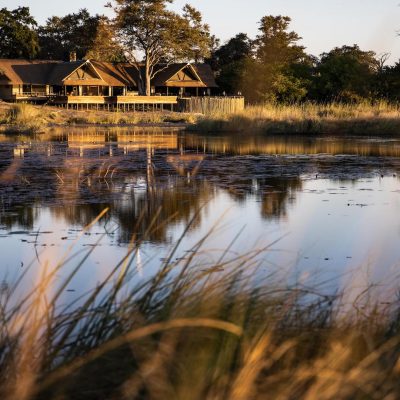