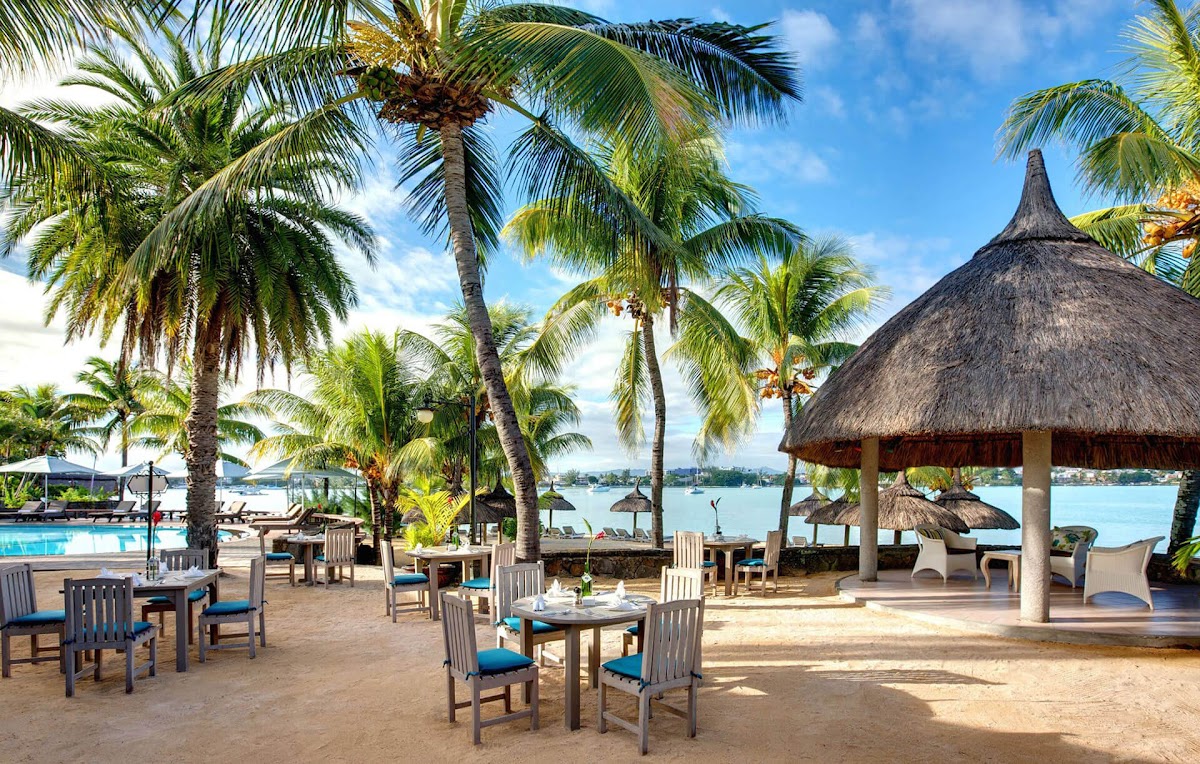 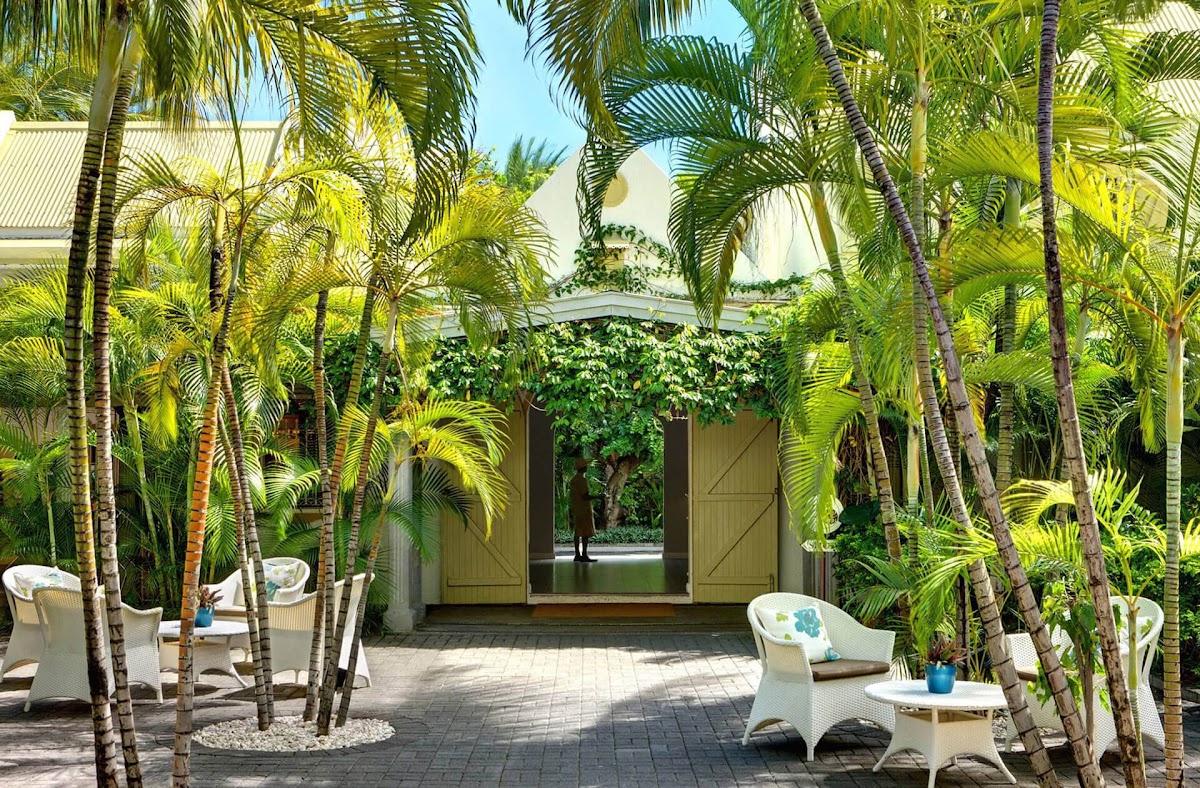 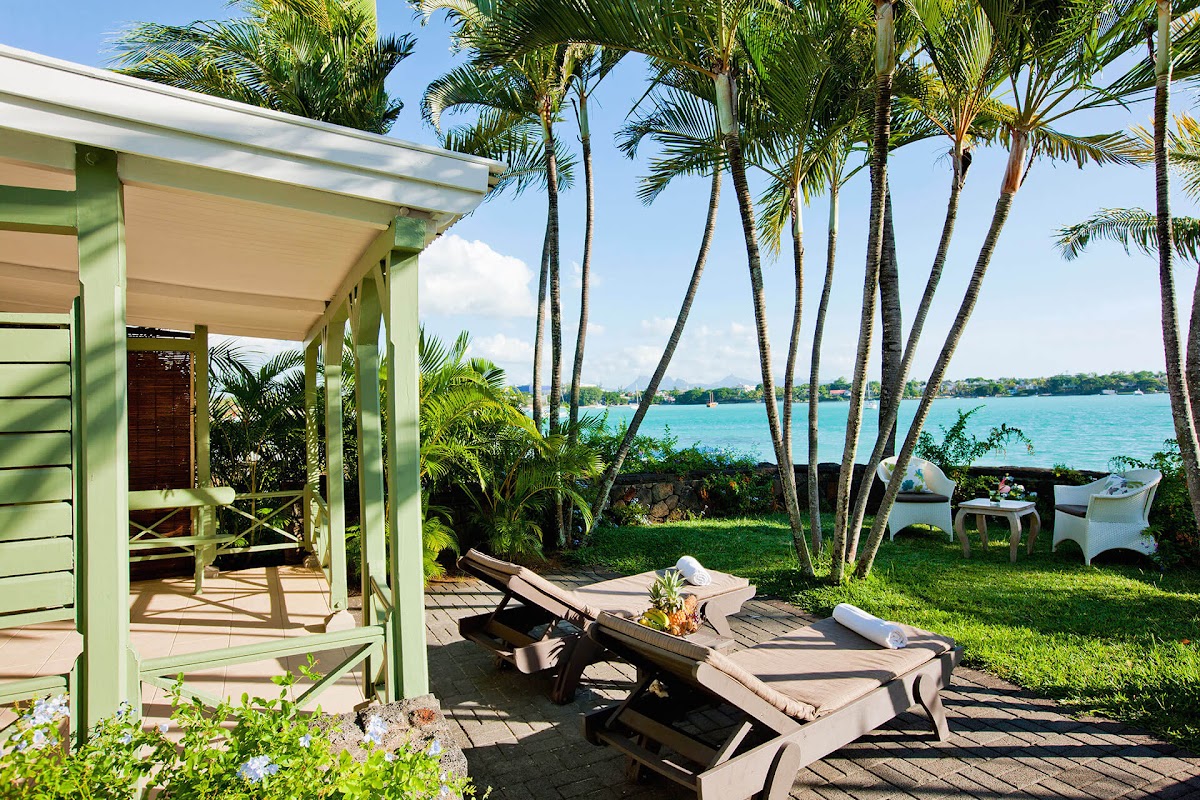 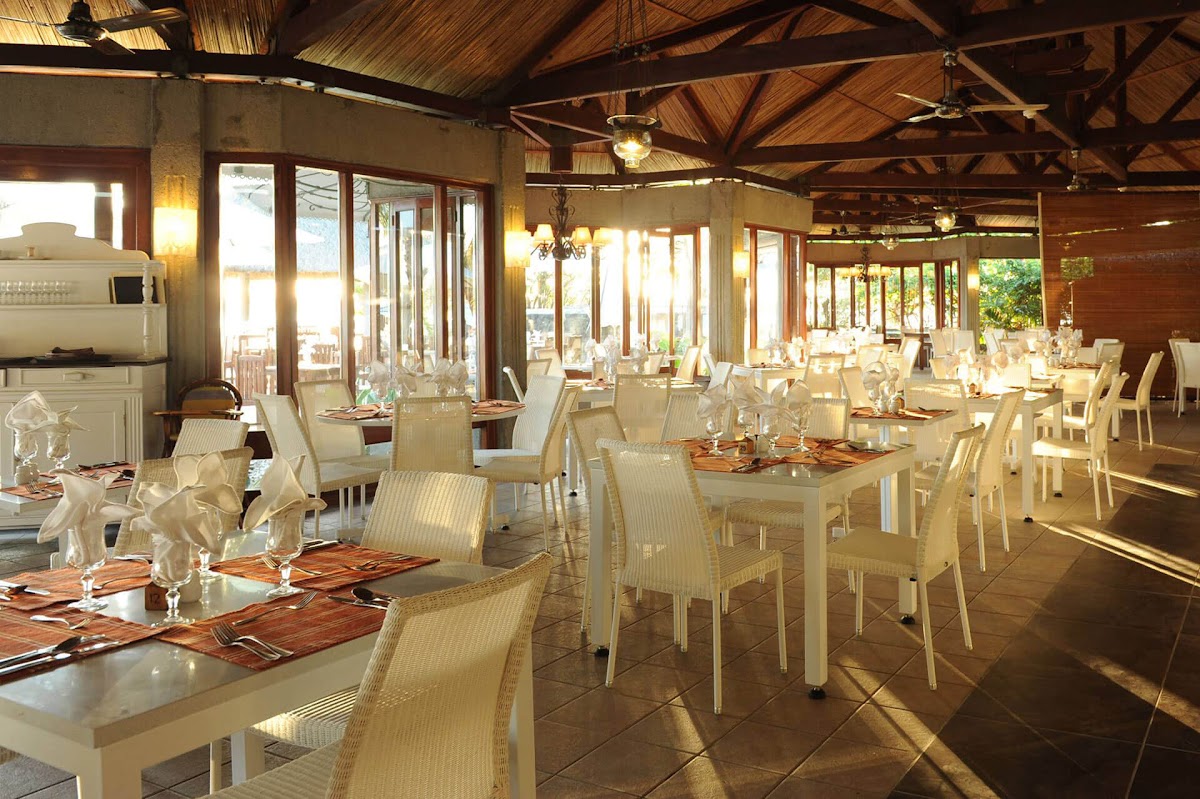 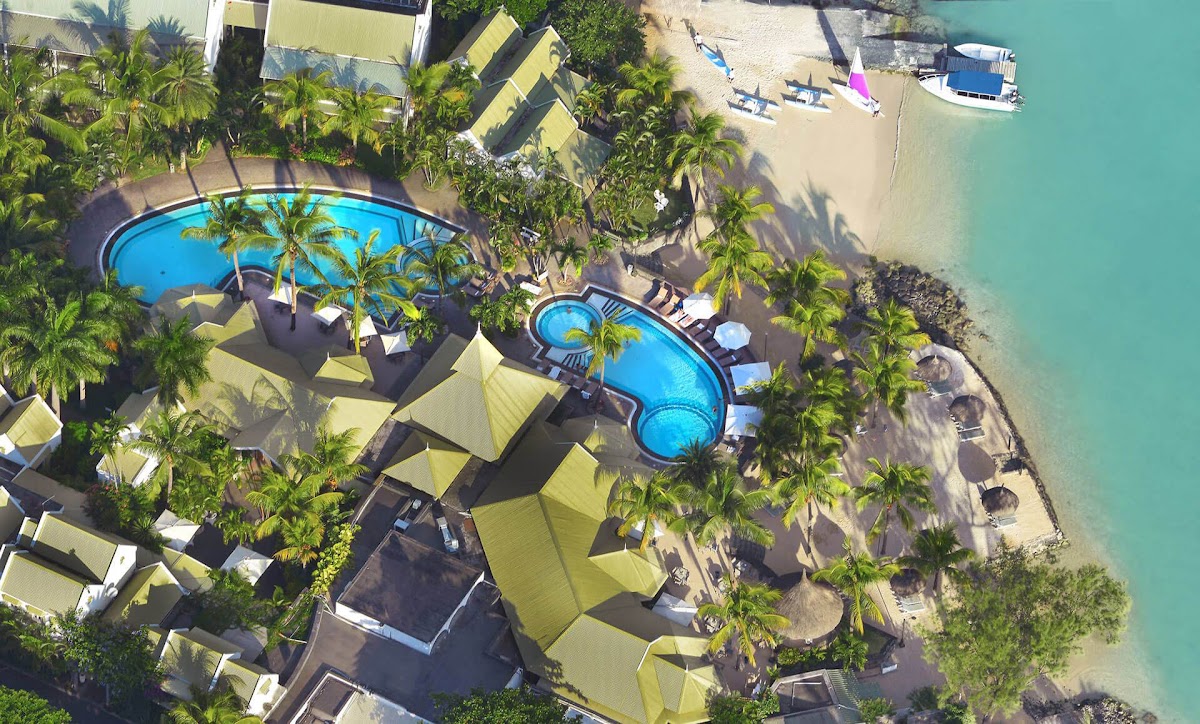 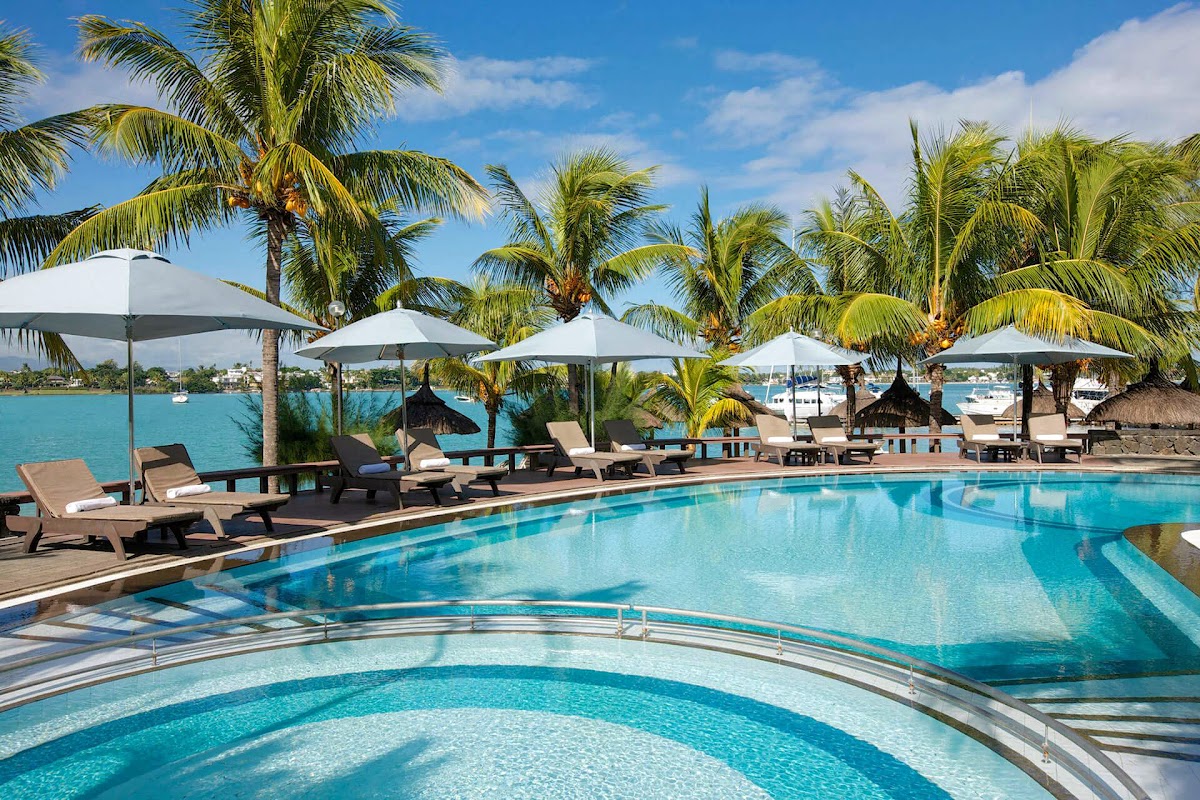 The beat of a traditional drum called the Maravane will mark your arrival at the Veranda Grand Baie Hotel and Spa. Played authentically by a local musician in national dress, he will then invite you in. This is just the beginning of an island holiday which will offer you so much to see and do. People have been staying at the Veranda Grand Baie Hotel and Spa for more than thirty years and they have been transported into the peaceful tranquility of the Mauritian lifestyle. Admire the view of the moust famous bay in Mauritius – a shimmering lagoon capped with sailing boats, yachts and catamarans. Welcome to the island of Mauritius. If that wasn’t enough, the local beaches of Pereybere and Mont Choisy are among the best on the island. Whether you prefer to sit in the shade of a filao tree or apply your tan in the sun, these beaches have a perfect spot waiting for you.

Grand-Baie is the departure point for catamarans on their way to the Northern islands. The waters between the islands are home to a vast array of wildlife, including pods of dolphins, shoals of flying fish and a coral reef. The Northern islands are natural reserves and surrounded by beautifully translucent waters.

The hotel is well connected to the rest of the island by a major motorway and several subsidiary roads, making outings by car or public transport a snip. The capital, Port-Louis, is situated 22 kilometres away and the SSR International Airport is 68 kilometres away.

The Veranda Grand Baie Hotel and Spa is home to 94 rooms, including 2 for disabled customers located on the ground floor.

The Comfort Rooms, designed with a contemporary and minimalist aesthetic, are found next to the tropical gardens. The ground floor variants feature a private terrace which offers a luxurious spot in which to relax, whilst the upstairs rooms have balconies to play a similar role.

Oriented towards the beautiful gardens and the swimming pool, the Superior Rooms are awash with natural light and furnished with delicate taste. These rooms can accommodate up to three people and feature a king-size bed as well as a hideaway bed.

Designed with a family in mind, the Comfort Family rooms are perfect for those wishing for a sunny island break with the whole family. The kids’ room is separate, providing privacy for the adults in addition to independence for the younger ones. The balcony or terrace offer a sitting area to read a book or enjoy a morning cup of coffee before you embark on the activities of the day.

The Privilege Rooms’ airy living room, combined with a peaceful view of the garden foliage or the swimming pool, make these rooms a steal. The interiors are fresh, contemporary and spacious, making it the perfect place to chill out in the evening after a hot summer’s day.

Situated away from the bubble of the main hotel building, these suites were built as small, individual houses in the perfect location: on the beach. In addition to the benefits of being outside the main area, each suite has a second bedroom and its own private garden that leads directly to the shore.

Restaurants are plentiful, though if you fancy something a bit more local, there is no shortage of street vendors to tempt you with the local delicacies. In the evening, you can enjoy a cocktail in a bar under the palm trees. If the setting of the sun doesn’t hinder your thirst for fun, the night clubs along the coast will satisfy that desire.

Mon Plaisir is the main restaurant, serving breakfast, lunch and dinner as a buffet. It serves a variety of dishes, from local specialties and bonafide classics to signature dishes. The buffet’s impeccable presentation is as appetising to look at as its food is to eat, with the à la carte menu offering an assortment of dishes and an exploration into the flavours of Mauritius and elsewhere. Vegetarian and gluten-free options are available.

Come afternoon or evening, take a seat in the unpretentious, open-air restaurant – most likely under a palm or coconut tree and delve into the Mauritian menu, filled with local seasonal dishes cooked using entirely traditional methods. The beach restaurant offers a peaceful view of the lagoon, so be sure to keep your eyes open for brightly coloured sails on the horizon. At night, the island’s most famous bay offers an exquisite view as the coast is lit up.

Le Tilambic is where you can cool off with an iced lemongrass infusion, at a fashionable creole bar situated between the pool and Mon Plaisir restaurant. Dip in at sunset to try one of the many house-made rhums arrangés, or pop by after dinner to hear some local live music.

The Veranda Grand Baie Hotel and Spa offers a wide range of nautical activities for you to delve into completely on the house. See the wonders of the lagoon from above by taking a trip in a glass-bottom boat, or take life at your own pace in a pedal boat. If you fancy something a bit more energetic, head to the beach for a go at windsurfing or a hire a dinghie and set sail. Kayaking will also get those arms pumping. Snorkelling is also an option, bringing you up close and personal with the waters of the lagoon.

If it feels more like a hotel day, take a trip either to our main pool or our other swimming pool, which includes a kid’s pool and a jacuzzi. There’s also an Aqua gym for those who want to stay fit during their stay.

If you’d rather stay dry, why not head to the dartboard to keep those skills sharp, or head to the greens for a bit of Pétanque? There is also a floodlit tennis court, as well as the option of table tennis if the court is in use. A fitness room and jogging sessions are available for those wishing to stay in shape, and if you’re looking to relax, feel free to join one of our stretching and relaxation sessions which can help you clear the mind as well.

The Seven Colours Spa is the Grand Baie Hotel’s very own spa, complete with 3 massage rooms that will each transport you to a cloud of relaxation. Let go of any tension and find your peace with the massage your body deserves. The spa is also home to a beauty bar with blow dry, make up and nail services, a vichy shower for body treatments and hydro massage, a vitality pool and, for an extra cost (unless a spa treatment is booked) a hammam.

There are some activities available at an extra cost that will make your stay that bit more special. Become familiar with the local waters with some waterskiing or diving, or take an excursion into them on a local catamaran. Head a bit further out to experience some deep sea fishing or stay on dry land and rent a bicycle to explore the local area. Indoor games are also on the table and there’s even the chance to get on the links at the local Heritage Golf Club.

Hotel rooms at Veranda Resorts are equipped with a shower but not equipped with a bathtub. This is because baths require a large volume of hot water, the equivalent of 3 to 4 showers for a single bath. In addition, guests are encouraged to keep their towels and sheets for the duration of their stay. Within our hotels we have implemented water reduction devices in the water points and the wastewater used to water the plants is treated directly at the hotel, as well as rainwater harvesting.

Food left over from the buffets is redistributed to families in need through a collaboration with a local NGO, Foodwise Mauritius. In 2019, nearly 800kg of food was redistributed to families who needed it. Food suppliers are based on their environmental and social commitment and eco-friendly products are given priority during our purchasing process. Single-use plastic packaging is used as little as possible with the majority of fruits, vegetables and other food offered to our customers coming from a local source.

Beach clean-up campaigns are regularly conducted by hotel employees and the partnership with local NGOs such as FoodWise Mauritius or Lacase Lespwar allows families in need to receive food donations or social work done for vulnerable people.

Veranda Resorts are going into energy-saving mode. Low-energy lighting systems have been installed at the hotels to save energy and in addition, solar panels have been fitted to take advantage of the daily sunlight in Mauritius to produce natural, non-polluting energy. Systems have also been installed that automatically turn off the electricity as soon as the guests leave their room.

All recyclable waste (paper, PET plastic containers, metals) is sent to recycling companies by Veranda Resorts’ waste management company. In order to avoid the use of plastic, water is bottled in-house using glass and in order to reduce the use of paper, electronic pay-slips are given to the staff as opposed to physical ones.

The plants found in the gardens at Veranda Resorts, some of which endemic, are chosen to help preserve them and are grown solely with natural fertilisers, with little to no use of chemicals. Moreover, souvenirs are only made from sustainable materials and not from threatened or protected plant species.

Eco-responsible activities are also proposed by the hotels in order to educate the guests customers on the preservation of the Mauritian fauna and flora.