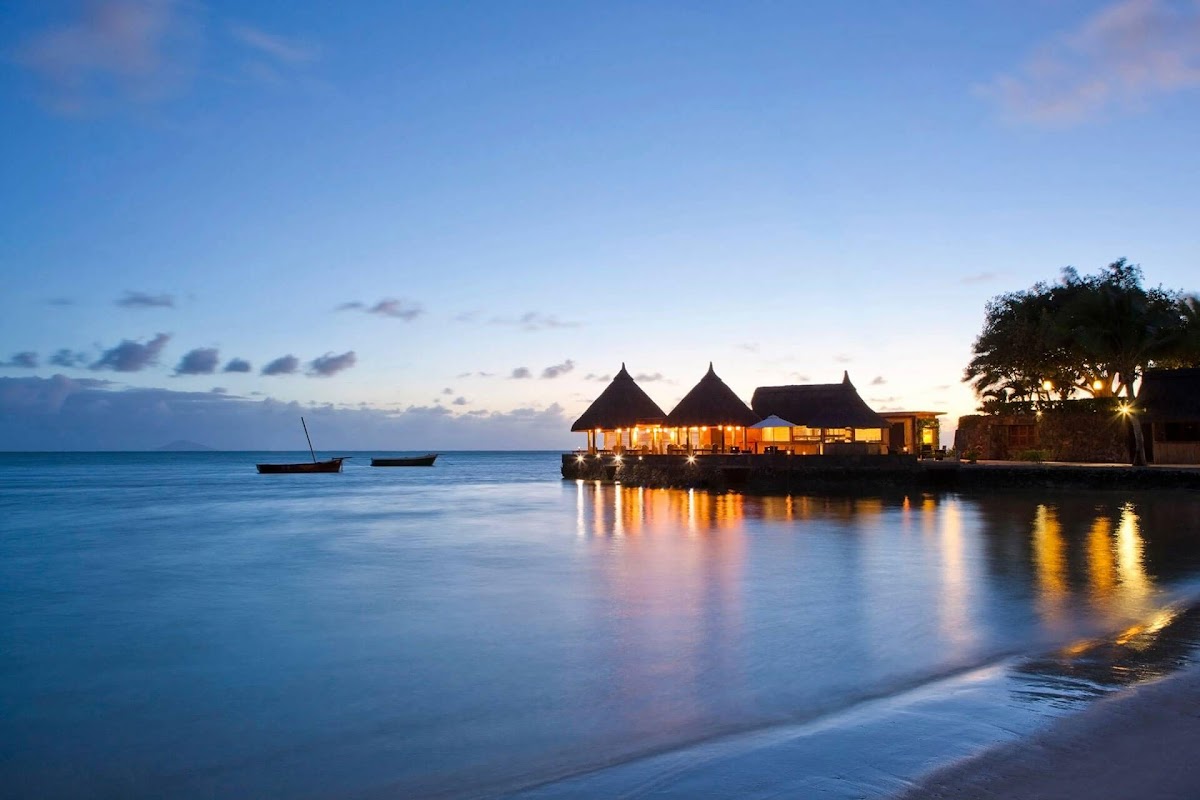 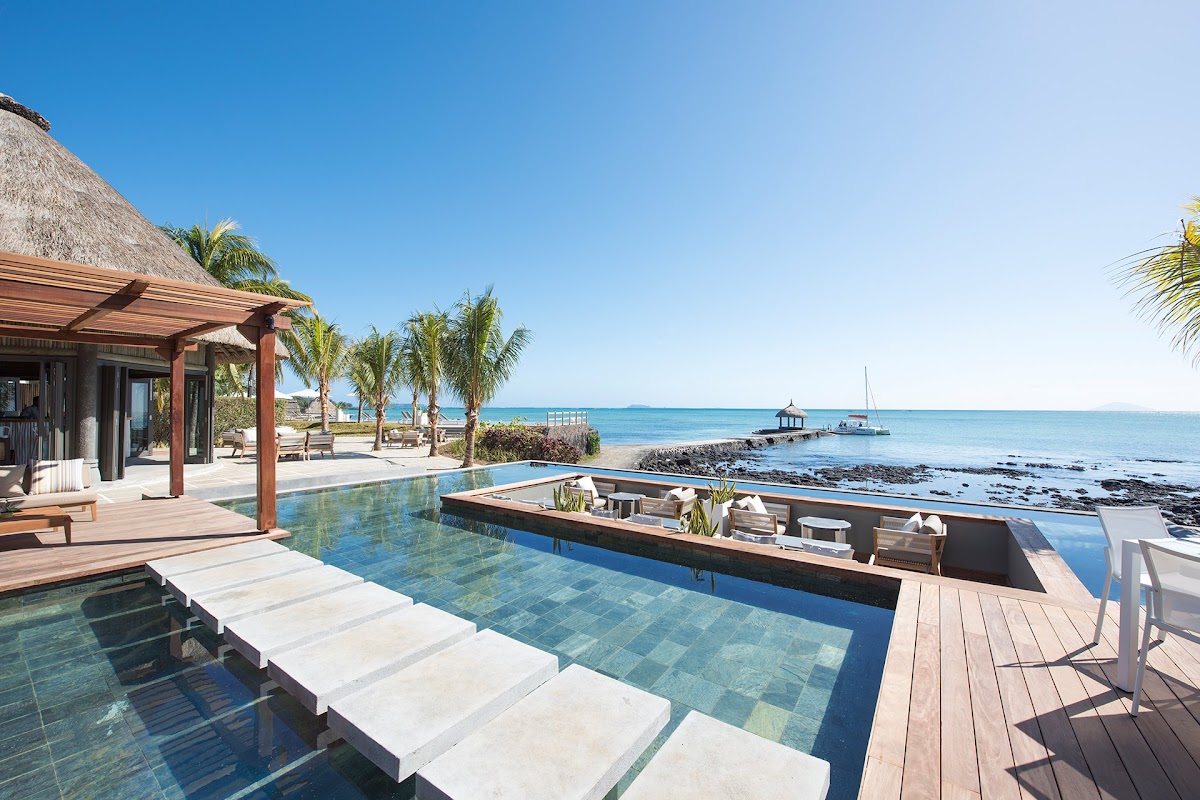 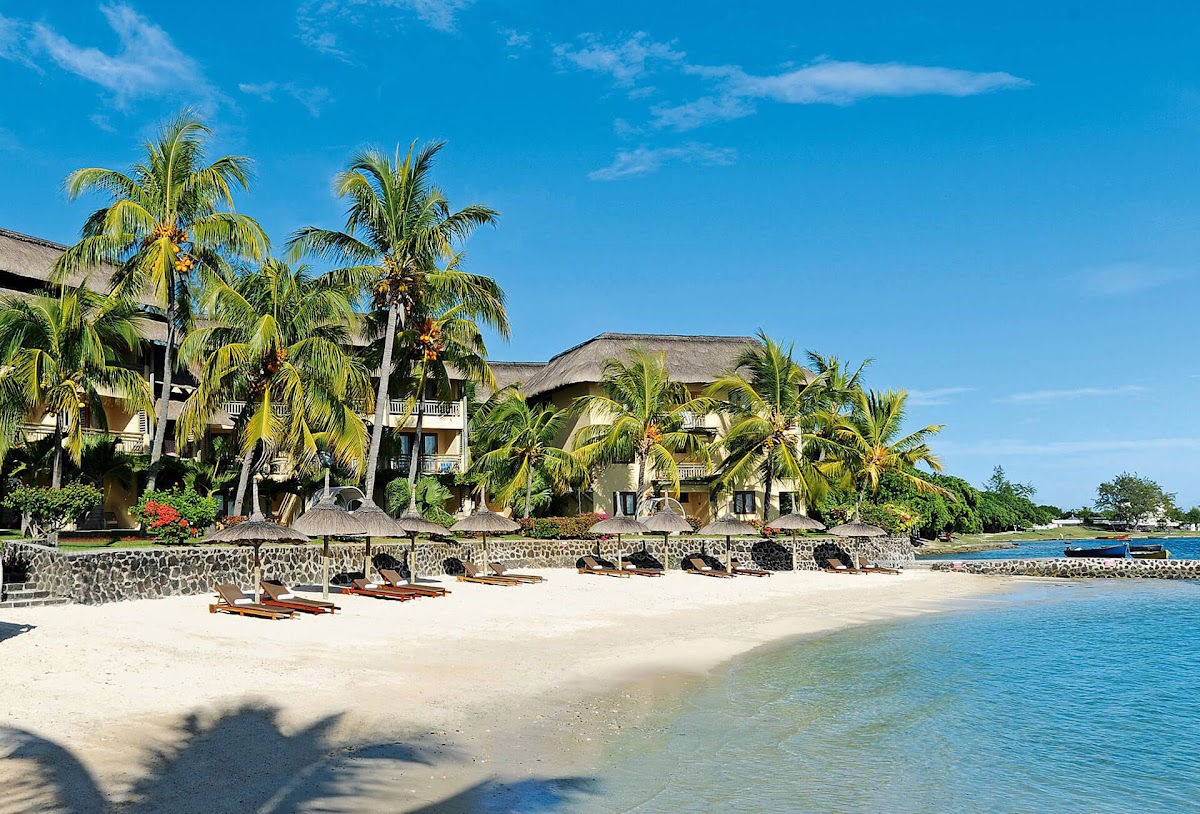 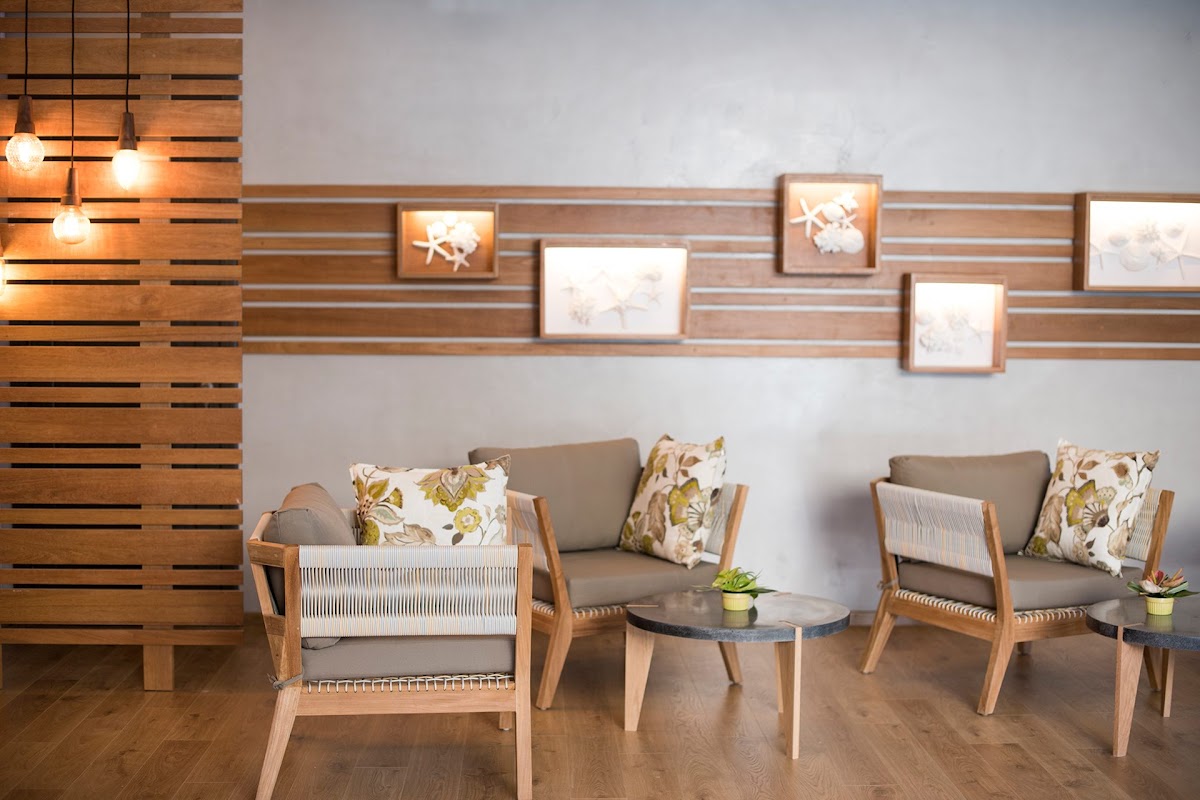 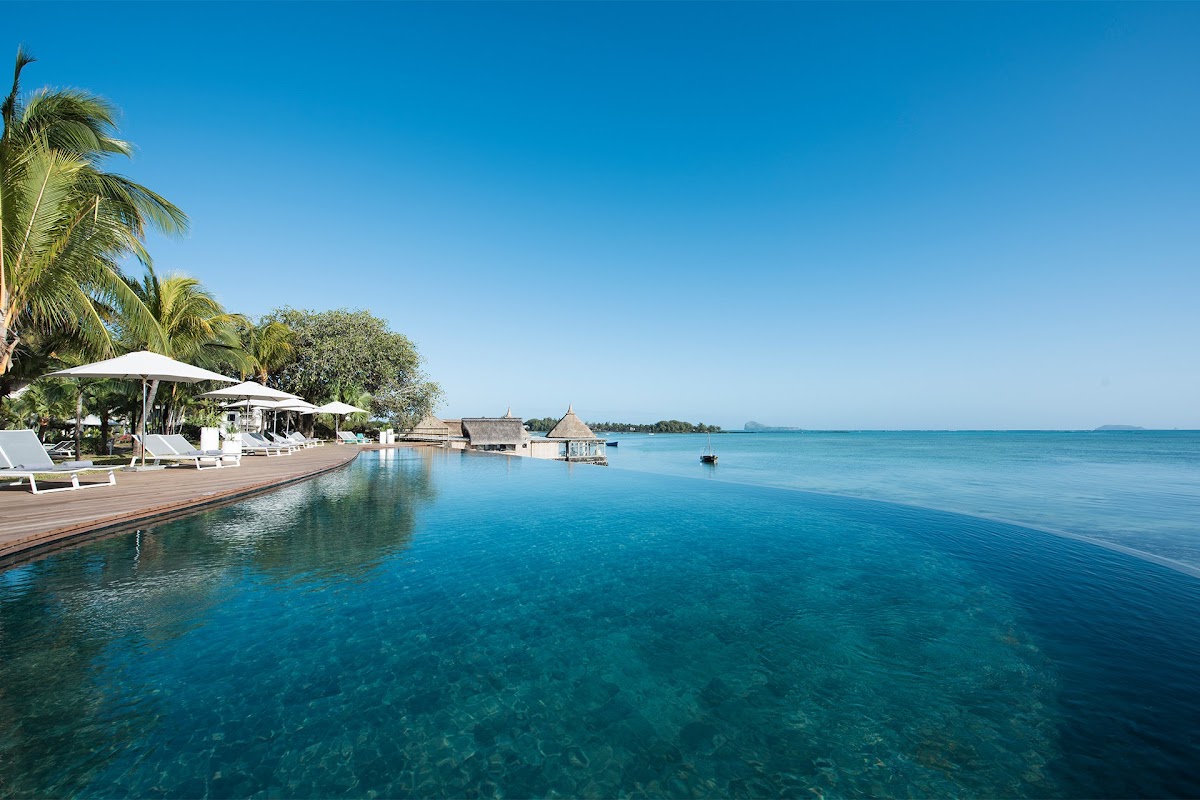 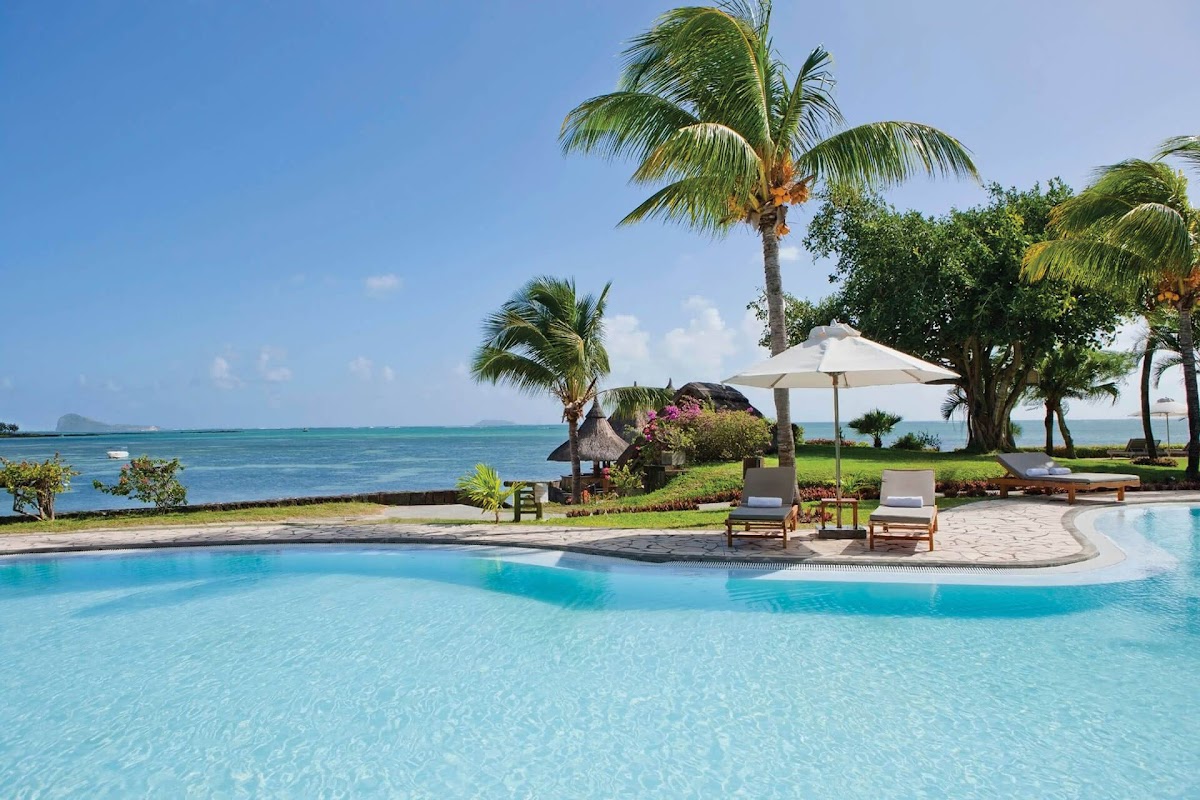 A boutique-style resort with a spectacular view of the Northern islets, the Veranda Paul et Virginie Hotel & Spa is the perfect location for a couple looking for a romantic getaway. Offering serenity, privacy and comfort, the hotel is a sought-after destination for honeymooners and couples who get seduced by the tranquility of this wondrous part of the world.

Set in the traditional fishing village of Grand-Gaube, Veranda Paul et Virginie Hotel & Spa is found on the north-eastern part of the island. Grand-Gaube is where the old local fishing boats, known as Pirogues, were built, which can be seen today during regattas held in the village. Villagers often gather on the beach as the sun goes down, many of them speaking their native language of Creole, which is rich in imagery and rhythmical patterns.

From the nearby bus stop, visitors can travel to neighbouring villages such as Goodlands and Mapou, the latter of which is home to the Château de Labourdonnais. A stunning and beautifully restored vestige of the island’s colonial past, its garden is where you can taste the local rum distilled on those very grounds or wander through the mango orchards.

The comfort rooms are decorated with pale wood and a tinge of orange and sized at 32m2 . The rooms are equipped with a queen-sized bed, as well as a private balcony or terrace from which you can survey the bluest lagoon, offering serenity and privacy.

At 38m2 , the Superior Rooms are slightly more spacious than the Comfort Rooms and come with either a King-size bed or twin beds. The atmosphere is welcoming and cosy and the balcony/terrace is an ideal spot for “seagazing”.

Coming in at 42m2 , the wide spaces and discreet decor offer a fantastic place to take a nap and cool off from the heat of the day. From the balcony or terrace, you may catch a glimpse of the blue expanse of the sea, towards which these rooms face.

The hotel’s main restaurant serves a mix of local Mauritian and international cuisine, so whether you want to experiment with new meals or stick to something more familiar, this restaurant will have something perfect for you. Add to that the stunning views of the pool and bay, with every shade of blue imaginable, and you have the perfect recipe for a gorgeous meal. Includes vegetarian options.

A beach bar and restaurant, this place is named after a shipwreck and can fittingly be found at the end of a jetty. Specialising in seafood and Veranda Resorts’ signature dishes, the thatched roof offers an authentic Mauritian feel to the location, which only adds to the unique aura which envelopes this restaurant.

With elegant decor and unblemished views of the Grand-Gaube lagoon, this bar is the perfect spot to quench a mid-afternoon thirst. Offering savoury snacks or crêpes as light food, the evening sees this place come to life with an assortment of live music and shows.

The Veranda Paul et Virginie Hotel & Spa offers a wide range of nautical activities for you to delve into completely on the house. Take life at your own pace in a pedal boat or, if you fancy something a bit more energetic, head to the beach for a go at windsurfing or a hire a dinghie and set sail. Kayaking will also get those arms pumping and stand-up paddle-boarding will get you riding those ocean waves in no time.

Snorkelling is also an option, bringing you up close and personal with the waters of the lagoon.

The hotel itself is home to 2 pools and an Aqua gym for those looking to stay fit during their holiday.

If you’d rather stay dry, feel free to head to the greens for a bit of Pétanque or pick up a racquet and have a go on the floodlit tennis court. Beach Volleyball is available for those who want to pick up some sun, but if you’re just looking for a workout, the Hotel is also home to its own fitness centre.

Fancy a day trip out instead? There is a shuttle to the local Grand Baie that runs twice a week.

The Seven Colours Wellness Spa is a peaceful, relaxing haven where therapists tailor bespoke treatments which combine ancient customs and local Mauritian undertones with modern wellbeing. Taking advantage of our tropical location, the spa uses only the purest ingredients, harvested and turned into essential oils.

The spa features 3 treatment rooms, each designed to ensure that the guest feels as relaxed as possible. There is also 1 jetted shower for body treatments or hydro massages, as well as nail care services for anyone looking to spruce themselves up for dinner that night.

There are some activities available at an extra cost that will make your stay that bit more special. Become familiar with the local waters with some kitesurfing or diving, or take an excursion into them on a local catamaran. Alternatively, you could take an excursion on a pirogue instead or see the island from above from the viewpoint of a seaplane.

Fishing is also an option, as is the wonderful activity of Paddle Step. If you fancy staying on dry land, rent a bicycle to explore the local area.

Hotel rooms at Veranda Resorts are equipped with a shower but not equipped with a bathtub. This is because baths require a large volume of hot water, the equivalent of 3 to 4 showers for a single bath. In addition, guests are encouraged to keep their towels and sheets for the duration of their stay. Within our hotels we have implemented water reduction devices in the water points and the wastewater used to water the plants is treated directly at the hotel, as well as rainwater harvesting.

Food suppliers are based on their environmental and social commitment and eco-friendly products are given priority during our purchasing process. Single-use plastic packaging is used as little as possible with the majority of fruits, vegetables and other food offered to our customers coming from a local source.

Beach clean-up campaigns are regularly conducted by hotel employees and the partnership with local NGOs such as FoodWise Mauritius or Lacase Lespwar allows families in need to receive food donations or social work done for vulnerable people.

Veranda Resorts are going into energy-saving mode. Low-energy lighting systems have been installed at the hotels to save energy and in addition, solar panels have been fitted to take advantage of the daily sunlight in Mauritius to produce natural, non-polluting energy. Systems have also been installed that automatically turn off the electricity as soon as the guests leave their room.

All recyclable waste (paper, PET plastic containers, metals) is sent to recycling companies by Veranda Resorts’ waste management company. In order to avoid the use of plastic, water is bottled in-house using glass and in order to reduce the use of paper, electronic pay-slips are given to the staff as opposed to physical ones.

The plants found in the gardens at Veranda Resorts, some of which endemic, are chosen to help preserve them and are grown solely with natural fertilisers, with little to no use of chemicals. Moreover, souvenirs are only made from sustainable materials and not from threatened or protected plant species.

Eco-responsible activities are also proposed by the hotels in order to educate the guests customers on the preservation of the Mauritian fauna and flora.