The Best of Kerala – India 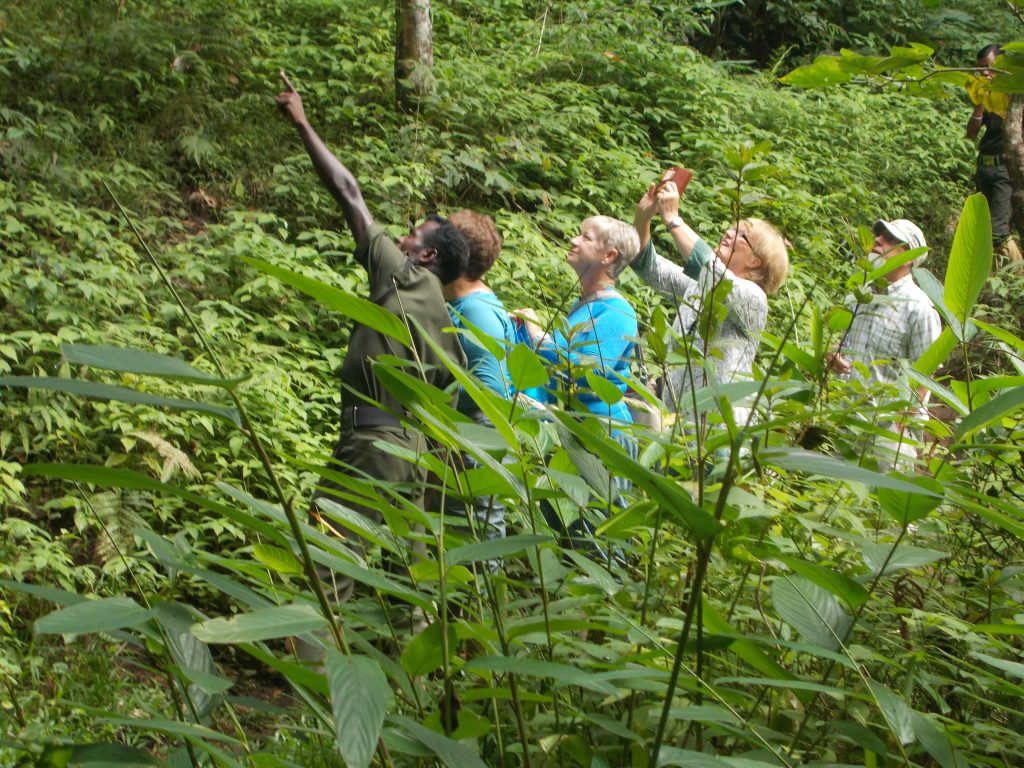 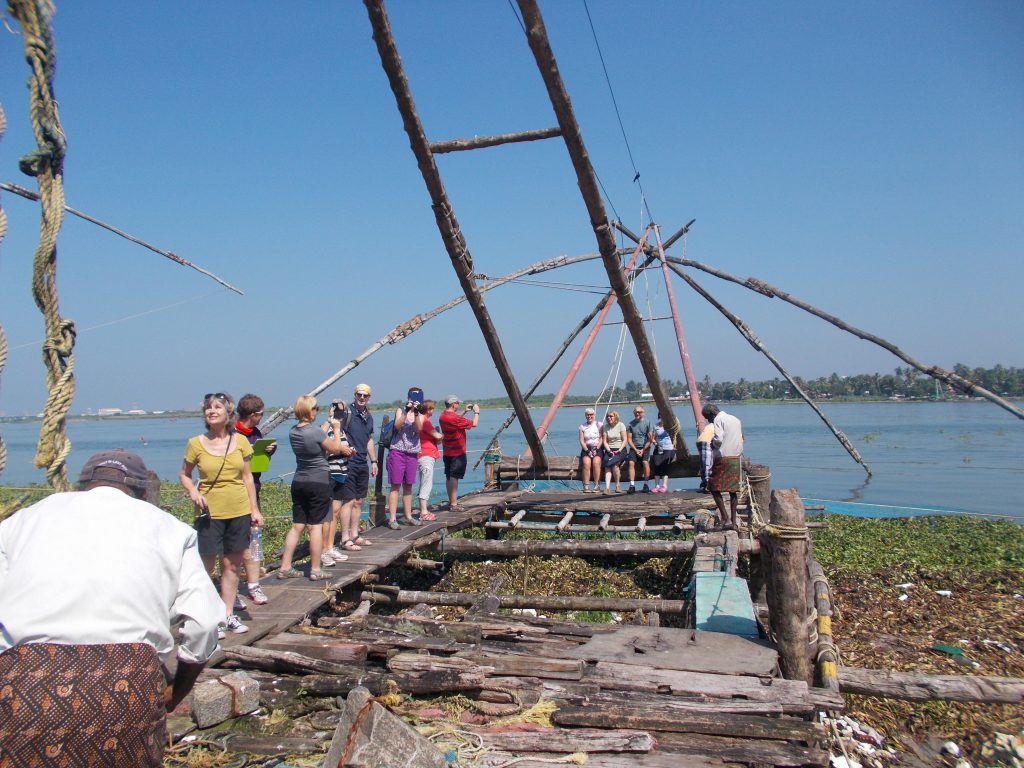 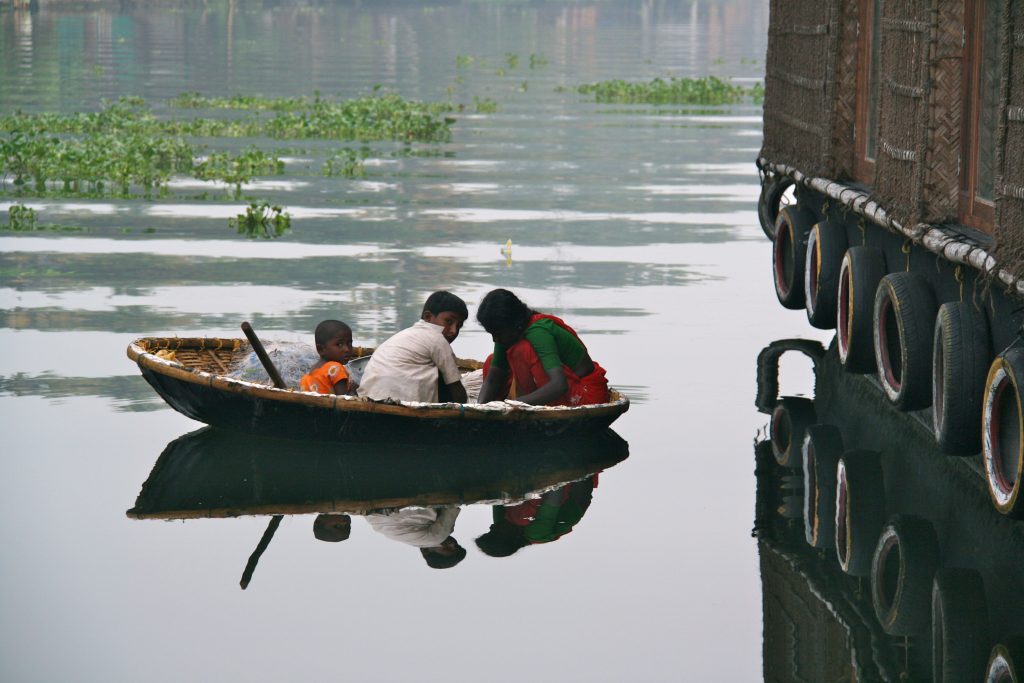 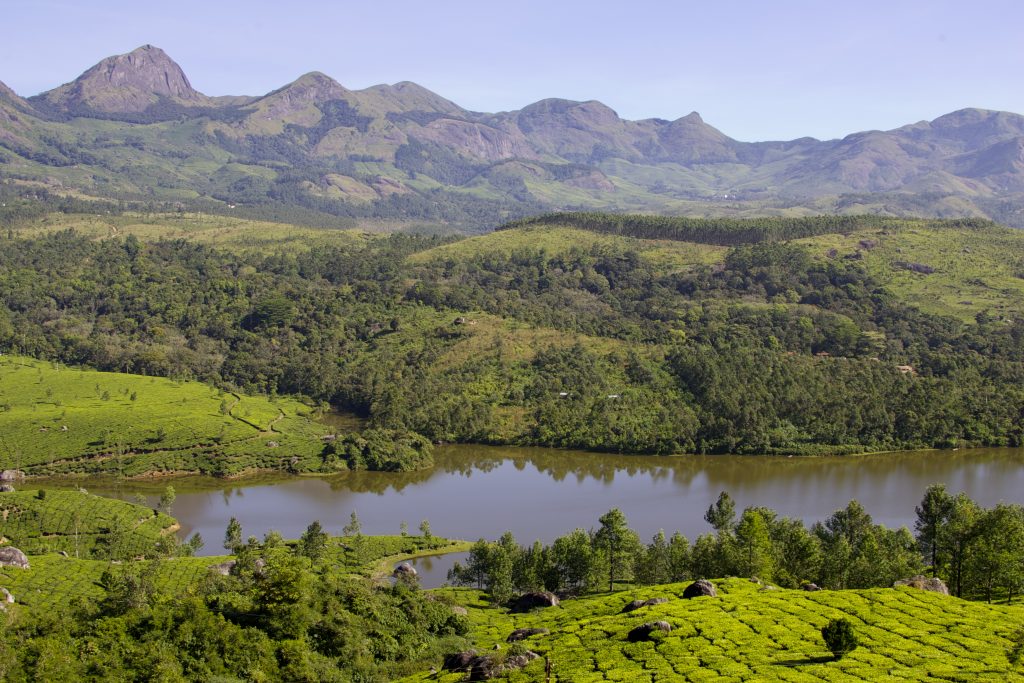 Wedged between the Western Ghats on the East and the Arabian Sea on the West, the narrow strip of land known as Kerala is the destination of a lifetime.

The timeless beauty of exotic beaches of Kerala, amazing backwaters and majestic undulating hills of Munnar, and enchanting forests of Thekkady together marks Kerala as ‘God’s own country’. It is considered to be one of the most peaceful parts of India, with the state remaining a major source of India’s bananas, rubber, cardamoms, coconuts, cashews, and ginger. 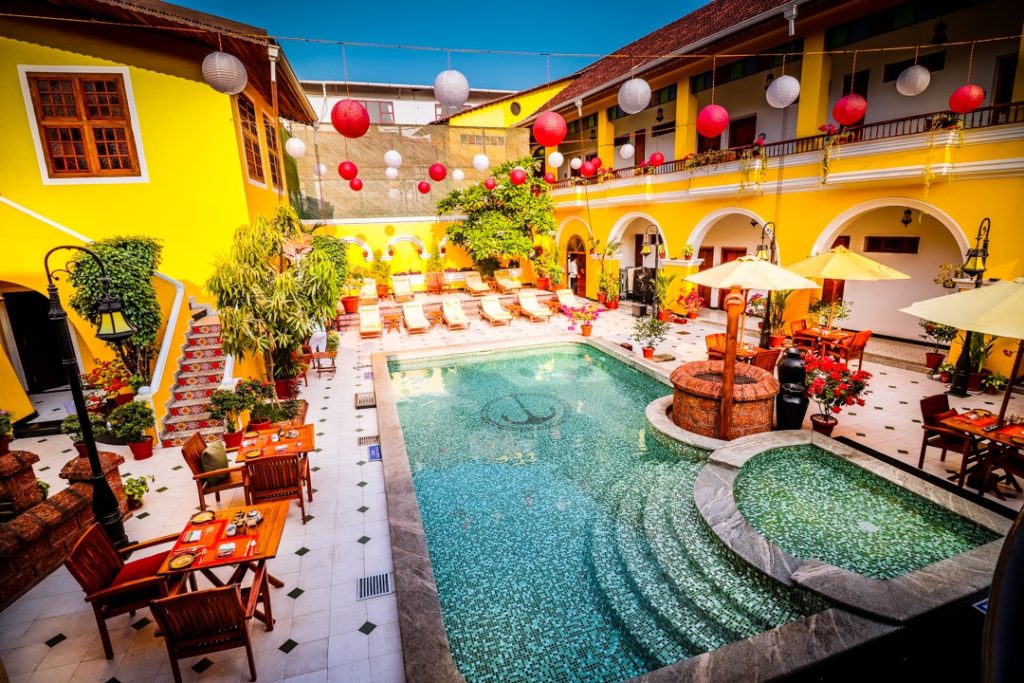 Arrive in Cochin, after clearing immigration and customs formalities; you will be met by our Active Indian representative for a traditional welcome ‘Swagat’ and transfer you to your hotel. By the time your check-in is organised, our representative will introduce the tour file to you and hand over the tour documents.

Our Cochin city tour begins with a visit to the Fort Kochi area where the true character of the town is found, remaining unchanged for 1000 years. Warehouses filled with the smell of tea and spices, lime-washed bright green, yellow and blue; rickety old bikes and hand-painted trucks piled high with goods that fill the narrow streets, and food stalls at every corner are a common sight. The fishing community of Cochin is also very interesting. You will explore sights of photographic and cultural interest.

Later, you will visit St. Francis CSI Church, the oldest European church in India built in 1503. Follow your local journey with a tuk tuk ride – the most popular mode of transport among the localities, go along with your local tour to stop at the Dhobi Khana (laundry station). Continue through the small streets of Mattancherry, you will visit Mattancherry Palace, built by the Portuguese as a gift for the king of Kochi, Jewish Synagogue, Spice market, where the air is filled with the pungent smell of spices.

Cultural evening of Kathakali dance: This evening enjoy a traditional Kathakali dance performance (we suggest an early arrival to witness the paintwork on the artist’s body). ‘Kathakali’, is an important genre in the Indian classical dance form, and is associated with the storytelling form of this art. The story in ‘Kathakali’ is communicated to the audience through excellent footwork and impressive gestures of face and hands complimented with music and vocal performance.

After breakfast, you will be driven to Munnar. Upon arrival, you will be checked-in at the hotel. The afternoon is free to explore this beautiful town.

Once the summer-resort of the British administration in South India, Munnar is a beautiful hill station and is famous for its tea plantations. The town is situated at the confluence of three mountain streams Muthirapuzha, Nallathanni and Kundala. With its rolling hills, sparkling waterfalls, tea plantations and picture-postcard hamlets, the area is perfect for some leisurely hiking.

After an early breakfast you will be driven to the start point of our trek for 3-4 Hours. The trail commences with a gradual ascent through the tea plantations. You will get to hike through the high altitude rain forests which hold great biodiversity, great strips of grasslands. These treks bring to us the most scenic regions of the Western Ghats. Later, you will be visiting the Tea museum (closed on Mondays).

Munnar Tea Museum houses some of the exotic artefacts like the ‘Pelton Wheel’ used in the power generation plant in the 1920s, and the original tea roller (used in 1905). The tea factory visits reveal a detailed insight into how tea is processed from fresh green leaves to the final tea, ready to be packaged. Evening is at leisure. 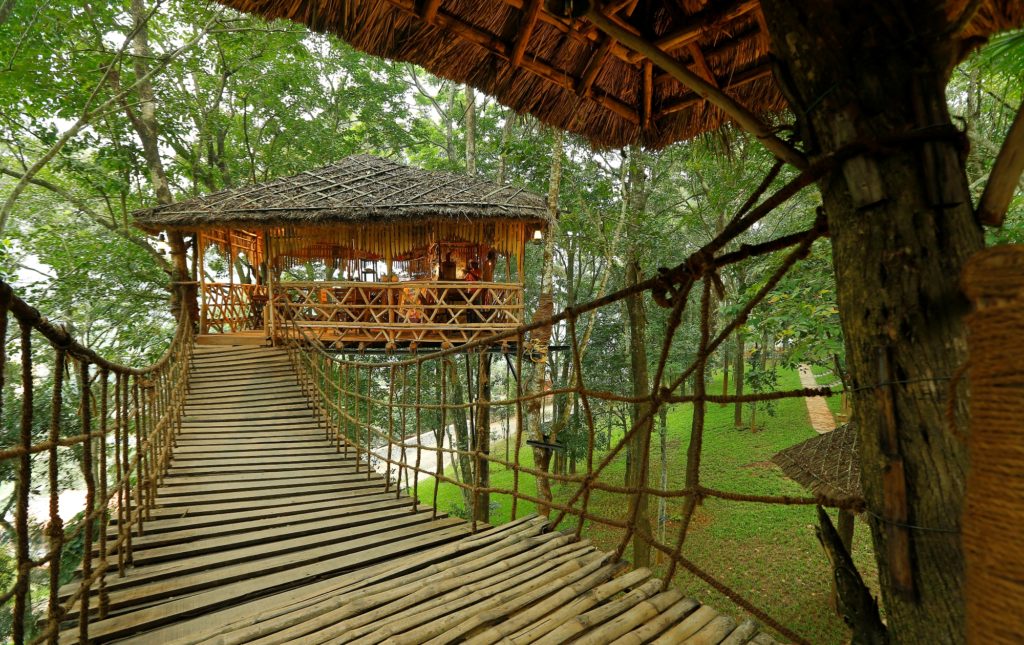 After breakfast, you will be driven to Thekkady. Upon arrival, check-in at the hotel. Later in the day, you can take a short walk through a spice garden where you can see a large variety of live spice plants. Periyar has one of the major spice plantations in Kerala. The tour is all about explaining the history, growth and development of wonder spices like, cardamom and pepper. Other crops include tea, coffee and vanilla.

Early in the morning, proceed for a jungle walk in Periyar National Park to admire its abundant birdlife – kingfishers, storks and hornbills. The route this morning will take you past rubber plantations and varied spice gardens to the Periyar wildlife sanctuary, close to the border with Tamil Nadu. One of 16 tiger reserves in India, Periyar is perhaps better known for its elephants. There are about 40 tigers living in the 777 sq km park but, as they are solitary creatures, the chances of seeing them are very slim.

You will go for a walk in search of other wildlife such as the wild boar, giant malabar, porcupine and the flying squirrel. The Park itself is made up of a variety of habitats, open grasslands, deciduous, semi-evergreen and tropical forests all of which have different animal species. The ecosystem of the tropical evergreen jungle is very interesting as the trees grow up to 40m, and the dense canopy only allows in limited sunlight. Therefore at ground level, there are abundant ferns, orchid and air plants – plants which need little light to survive.

Later in the day, you will be driven to Kumarakom. Upon arrival, you will be checked-in at the hotel. You will be walked through the surrounding tribal villages which offer a mix of natural beauty and rural lifestyle.

After a leisurely breakfast, you will head to Alleppey. On arrival, you will be boarding a kettuvallams, a ‘boat house’ with furniture, running water, bathroom, bedroom and living room. These are flat-bottomed barges, traditionally known as rice boats, as they were used to transport tons of materials across the kingdom with a bamboo and coir-covered portion that serves as a rest and kitchen area. These kettuvallams will take us to discover the amazing backwater lagoon world. The Kerala Backwaters are a network of canals and lagoons where small fishing and farming villages are nestled, as well as rubber and spice plantations. Among the agricultural activities of the region there is also the coir industry.

After breakfast, you will disembark the houseboat to Alleppey and drive to Mararikulam. Upon arrival, you will be checked-in at a hotel at Marari Beach. Enjoy the sunset at Marari beach before spending the night at your hotel.

Mararikulam is a beach village in the district of Alappuzha. When you are not busy at the beach, you can gaze at the many other interesting activities around. Plan a bicycle tour to the many villages where people make hand spun coir, take a look at the arts and crafts at the village markets or stop by a beach side eatery to sample the spicy fresh fish menu that Marari is famous for!

This morning is at your leisure to enjoy the beaches. In the afternoon, you will be driven to Cochin. Upon arrival, transfer to the airport to board your flight back home.

Cochin has a history stretching back to the time of King Solomon, when it was known as ‘Queen of the Arabian Sea’. Arabian, Phoenician and Chinese traders all stopped here in search of spices, silks and sandalwood. Marco Polo and Vasco da Gama followed, as did the Dutch East India Company and later the British. Today, Christians, Jews, Muslims and Hindus still live side by side, and Chinese fishing-nets, introduced by merchants from the court of Kublai Khan, continue to haul in Fish. The adjoining backwaters make it a popular destination.

Munnar – perched on the roof of Western Ghats was explored by John Monroe in 1877 during a land survey of Travancore High range for British India. Later two Scottish men Henry & William Turner pioneered plantations in Munnar under a concession from the then King of High Range. They constituted ‘North Travancore Land Planting & Agricultural Society’ in 1879. There begins the age of Plantations in South Western Ghats. The first plantations were Cinchona, Coffee, Cardamom and Sessile. Later Baron Ato Von Rosenberg, a German planter joined them and constituted the United Planters Association of South India (UPASI).

In 1895 Finley Company reorganised all plantations and constituted all under their management agent ‘The Kannan Devan Hills Producers Company’. In 1973, after FERA (Foreign Exchange Regulation Act) came into existence, the Finley company lost its holdings and a new company was constituted under their then management company Tata Tea. Thus Tata Finely born. In 1983 Tata took over the complete plantations from the Finely and now its Tata Tea.

Periyar National Park is situated in the hills of the Western Ghats. The centrepiece of the Park is the 5500-hectare Periyar Lake. Periyar has one of the richest habitats for large mammals, as it provides both excellent cover and nourishment in the form of succulent shoots and grasses. Here it is possible to see large herds of Indian Elephants as well as Nilgiri Langur. There are more than 30 species of mammals including tiger, gaur (Indian Bison), sloth bear, and also a very rich birdlife including the Great Indian Hornbill. To maintain the sanctity of the Park, game viewing is only allowed by boat rides on the lake.

Kumarakom is a village on Vembanad Lake in the backwaters of Kerala, southern India. It’s laced with canals, where houseboats ply the waters. Kumarakom Bird Sanctuary is home to many species including cuckoos and Siberian storks. Nearby, the Bay Island Driftwood Museum displays wooden sculptures. In the lake, Pathiramanal Island is a haven for rare migratory birds. Ancient Thazhathangady Mosque is east of Kumarakom.

Guests are met at Cochin International Airport by our representative who will be holding a Placard with the customers name on it.

Treks in Munnar and Periyar are included in the tour